You are at:Home»Latest»“They are steamrollering teams”: Hamilton boss doesn’t sound confident ahead of trip to Celtic Park

Managers will always let us know that there’s no such thing as easy games, but Celtic’s home game against Hamilton on Wednesday night should be pretty close to it.

Hamilton have traditionally struggled when they face Celtic and Neil Lennon’s team have been incredible over the past few weeks. He does need to tread the fine line between ensuring they get an emphatic victory with keeping his players fresh for the cup final at the weekend.

That should be helped with some of the squad players starting to excel when they are given the chance. Lewis Morgan and Mikey Johnston have looked good in the last couple of games, so it could be a chance to give them another start.

Hamilton boss Brian Rice has been speaking about the game and it certainly doesn’t sound like he’s confident. Sportsmole reported on some of his comments and they don’t make good reading if you’re a Hamilton fan.

Here’s some of the key quotes:

“They are steamrollering teams. The goals they have scored in the last games – sixes, fours and fives. And that is not counting the chances they are missing and hitting the woodwork and whatever.”

“It is as hard a game as we could possibly get. We understand that, we know that.”

“Everyone has tried all different formations against them to try to stop them. We need to come up with something that suits us.” 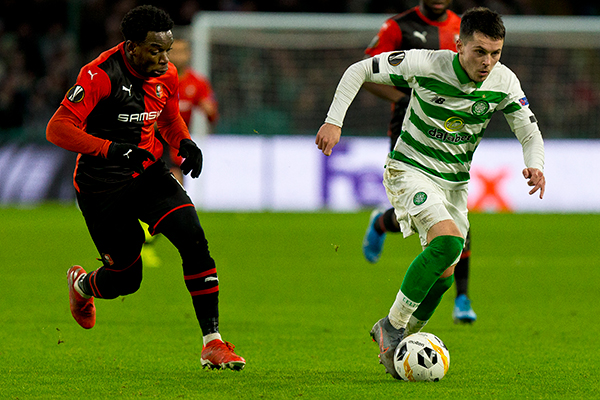 It could be another chance for Morgan to impress

A look at the Hamilton squad doesn’t present any names that should scare the Celtic defence. There’s some decent Premiership player in the squad, but it will take a horrific home performance to give them any chance in the game.

It will be interesting to see how strong the Celtic team will be for the game, their lead at the top of the league is only one goal so they need to come away with another big win. It wouldn’t be a surprise if we see some key players getting a rest in the second half if Celtic get some early goals.