You are at:Home»Latest»They Said It – “There isn’t a better atmosphere in world football than Celtic Park”

“NOT ALWAYS EASY BUT ALWAYS WORTHWHILE”...Joe Ruddy rounds up what people in the game have said about Celtic and the Celtic Supporters… 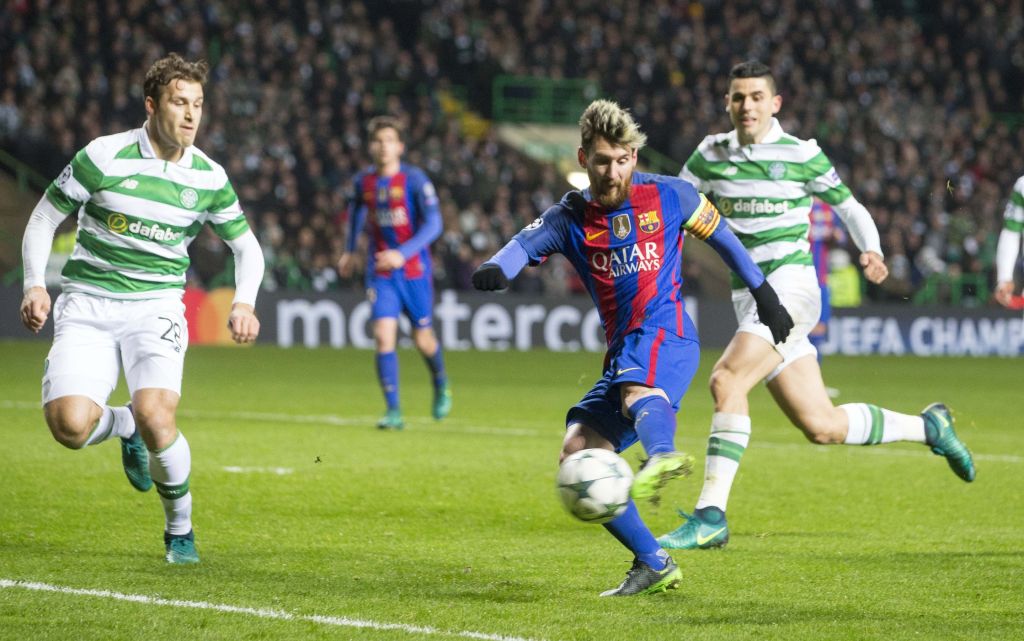 “We know Celtic have a special group of fans…” and also “The Celtic fans deserve to be in Europe. They have been amazing in both games we have played against them recently. We knew what they were going to be like in Glasgow but the way they were in Barcelona after they had just lost in the way they did was amazing. I have never seen anything like that before.” Lionel Messi 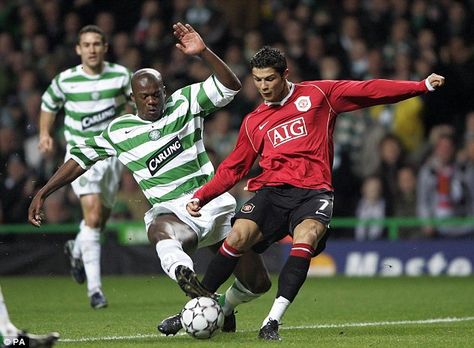 “The Celtic fans are incredible. It is always great to play there.”
Cristiano Ronaldo 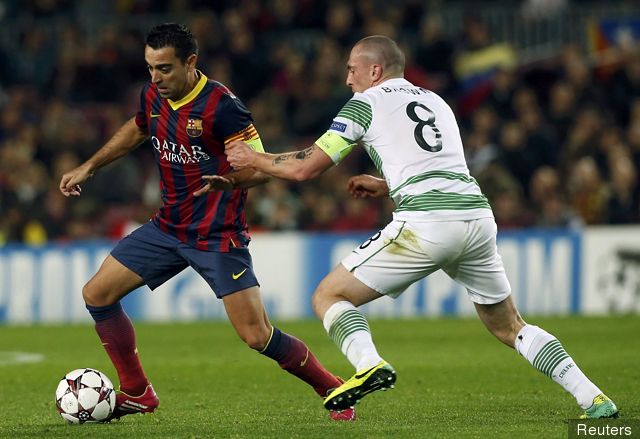 “Celtic, like Barcelona, are more than a football club. Our clubs are a symbol of a culture and community that has not always been made welcome in their respective countries” and also “The atmosphere generated by the fans in Celtic’s stadium for our visit was the most impressive I’ve ever witnessed. The grounds of Liverpool and Manchester United are good and the hostile feeling of playing against Real Madrid in the Bernabeu is also excellent, but the atmosphere against Celtic was the best.” Xavi 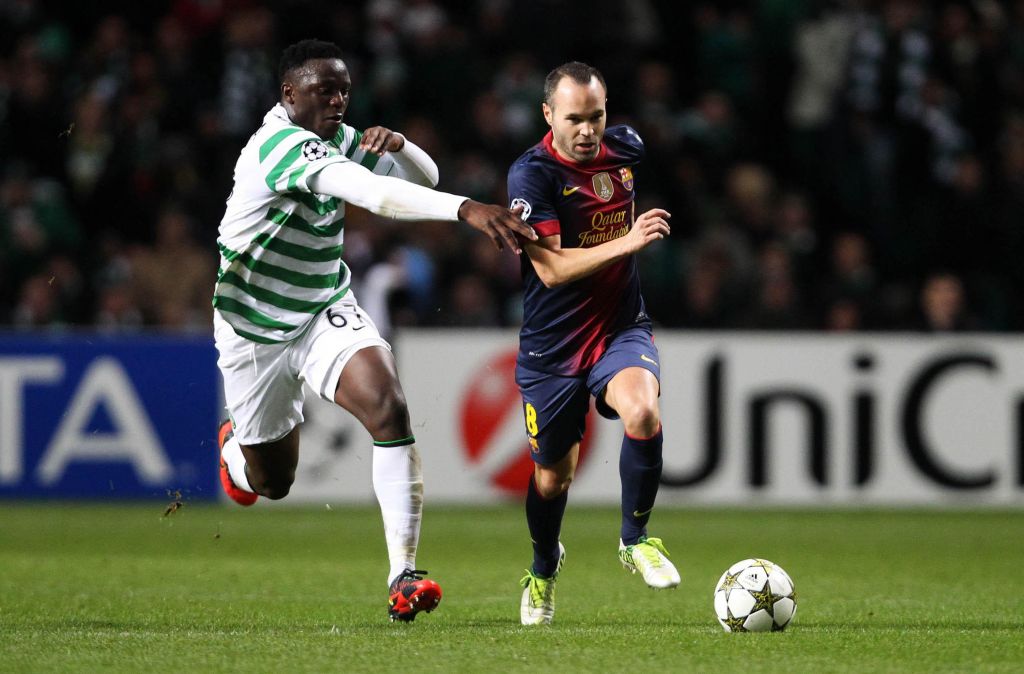 “The Celtic fans are very special and the club and players can be very proud of them. They are the best I have ever heard” ”I have played many games for Spain/Barca but I’ve never heard fans like Celtic, they were amazing, not quiet for a single second!” Andres Iniesta 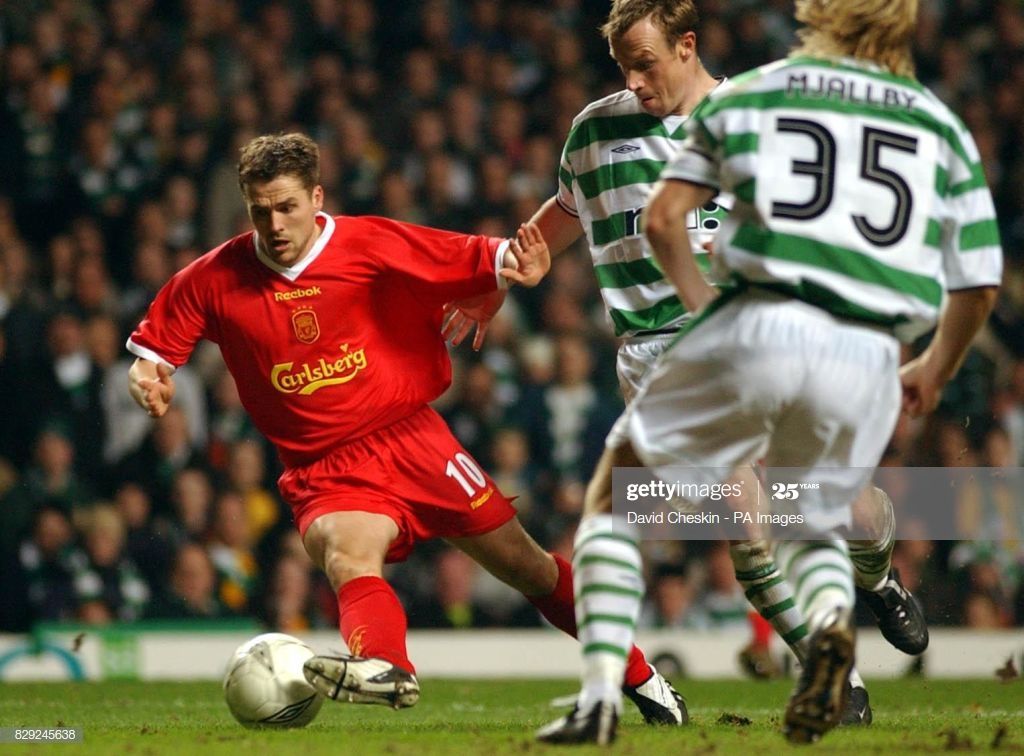 “I have never played in such an atmosphere…” Michael Owen

“Celtic fans are some of the greatest supporters I know.” Clarence Seedorf

“It is absolutely spectacular to see the fans like that.” Alberto Gilardino

“The atmosphere here tonight was unbelievable and it’s an honour to play in such an arena.” Oliver Khan 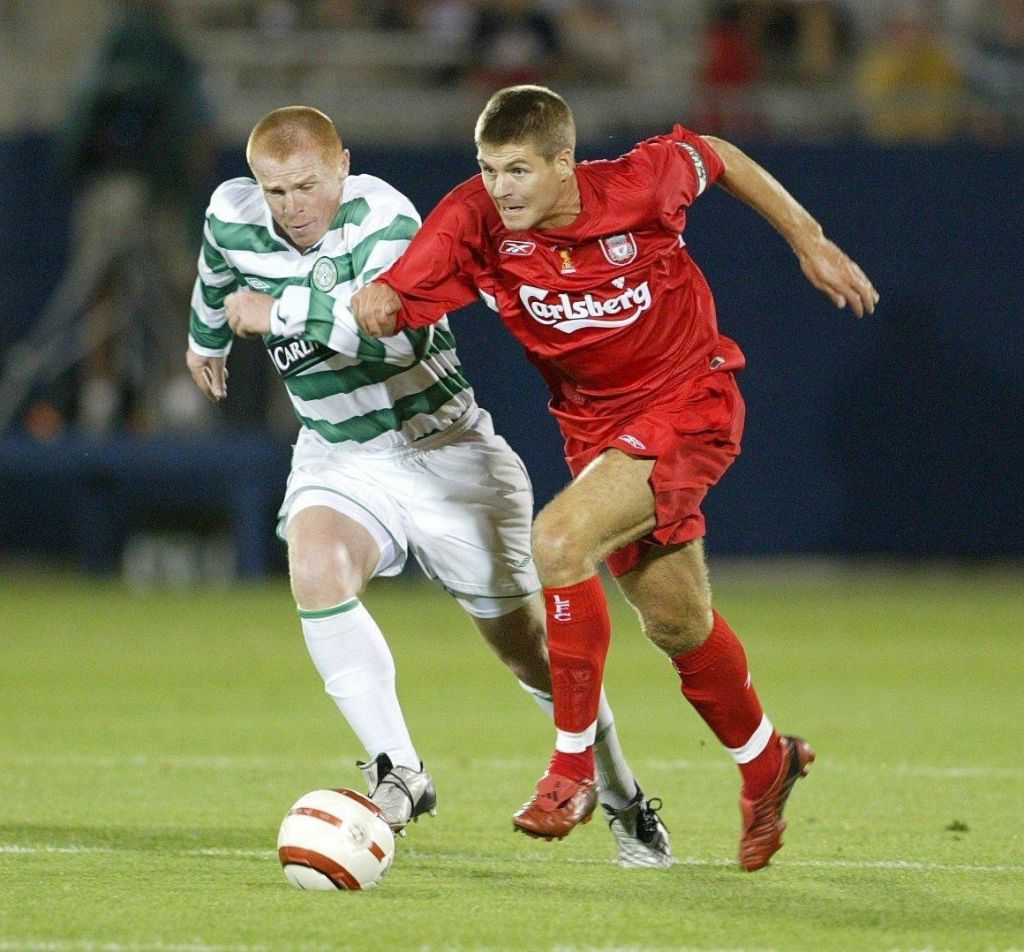 “The incredible thing was the people, for an opposition player it is quite incredible, I have not seen a better atmosphere from the grounds I have visited.” Steven Gerrard 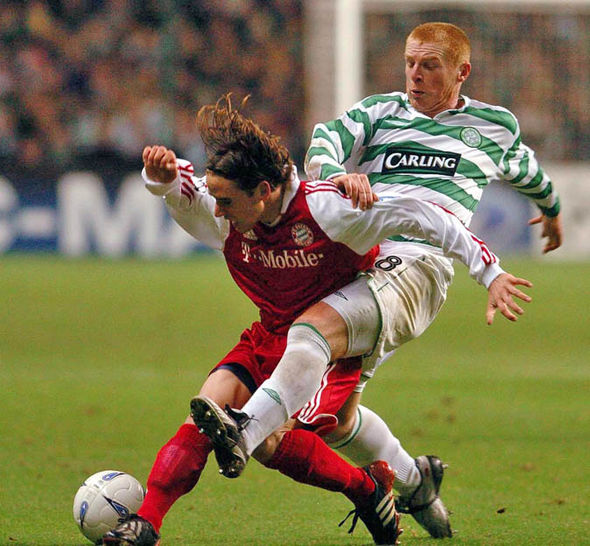 “When we played at Celtic Park for Bayern in the Champions League it was unbelievable and I think all our players said the same thing afterwards. The atmosphere was just totally unique. I’ve played in lots of big games and stadiums but I’ve never witnessed fans making that much noise in 90 minutes.” Owen Hargreaves

“Celtic are popular for testimonials because everyone knows they will fill the stadium – and I’ve always had great admiration of them. Their fans have a reputation as one of the best and that’s on merit because of the great atmosphere they create.” Eidur GudJohnsen

“The match against Celtic in Glasgow was amazing. The atmosphere there was the best I’ve ever seen or heard. I couldn’t shout to my team mates two yards from me. It was amazing, I loved it. Celtic Park was ten times noisier than it was in the Maksimir for Serbia versus Croatia.” Nikola Djurdjic

“Celtic enjoys a greater community spirit than any other club in the world.” Archie Macpherson

“Football will survive because of teams like Celtic and its fans.” Age Hareide

“This is what we need in Italy, this type of environment. This was the essence of sport. To hear the Celtic fans singing and chanting after the game was incredible.” Carlo Ancelotti

“It will stick in my mind for ever that after the game the Celtic players were extremely good sportsmen and, together with their supporters, they gave us a standing ovation when we were receiving the cup.” Eddy Pieters Graafland

“Celtic have all the cool people supporting them. Rangers have me and Wet Wet Wet!!!” Alan McGee

“Anyone going to Celtic Park now is saying, ‘You’ve got to beat that atmosphere, the energy they spend in their games’. We would love to have an atmosphere like that, but…” Alex Ferguson

“I fell a bit in love with Celtic, because the atmosphere was amazing and the crowd was magnificent, the way they behaved with the Porto fans“ and also “When I was at Porto my team also played in the  UEFA Cup final against a Scottish side – but it was Celtic. I’ve never seen such emotional people. It was unbelievable!” Jose Mourinho

“Celtic appear to have magical powers of obtaining new players and in a few months instilling them with the Celtic Spirit.” James Gordon

“This is the most fantastic support in the world.” Franz Beckenbaur

“Celtic fans, you are great, you are marvellous!” Sepp Blatter

“The atmosphere inside Celtic Park is one of the best in Europe it’s absolutely incredible.” Sven Goran Eriksson 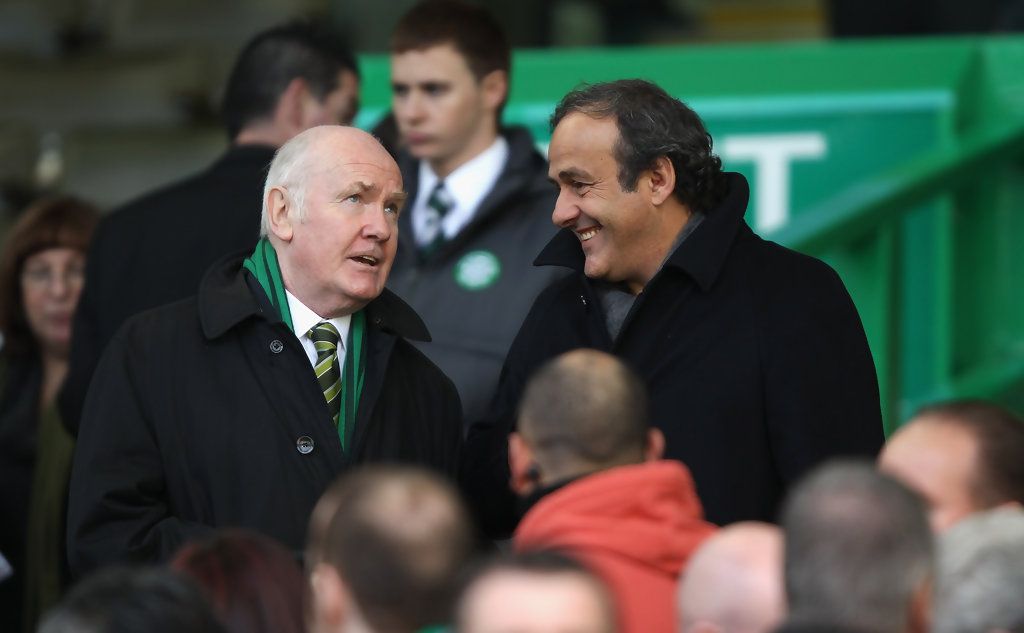 “I have never experienced anything like it. This is a lesson for all football clubs about how to be proper football supporters, This is the best club in the world. Every club wants to play Celtic. They love Celtic. They want to go to Celtic Park because of the type of club they are.” Michael Platini

“I speak for everyone when I describe the behaviour of the Celtic supporters as immaculate, with all the bother concerning racial insults and hooligan behaviour, these fans were a breath of fresh air.” Barcelona Police

“In my experience, which embraces big matches at Old Trafford, Anfield, Ibrox, the San Siro & the Nou Camp, there’s nowhere else remotely like Celtic Park in full flow.” Brian Viner

“It will be a real pleasure to visit Celtic Park and feel the atmosphere of a great UEFA Champions League night at such a great venue. The Celtic supporters are fantastic, in fact the best travelling supporters in the world as we have seen many times. I know that Celtic supporters are extremely passionate about their club, a club which I believe, like FC Barcelona, is different. We know that supporters will travel in huge numbers to follow their team, but we also know the great reputation of good behaviour which Celtic fans enjoy and clearly we are looking forward to hosting the Celtic fans in the city once again. We hope all Celtic supporters enjoy their visit to Barcelona.” Laporta

“Celtic doesn’t need to be defined, they are a historic team in the world of football. They have such great passion for the sport.” Andoni Zubizarreta

“Nothing could put me off Celtic. Even poking my eyes out wouldn’t stop me from going If that happened, I’d still turn up for the atmosphere. Celtic is more than just a football club it’s a cultural icon. It’s an emblem of the Irish diaspora which is very important to me. My father took me to my first game against Dunfermline in 1962. We won but I don’t know the score. I just remember the sea of green and white. There were 70 to 80,000 Celtic fans really crammed in it was the biggest crowd I’d ever seen. The Irish flag flew then, as it does now over Parkhead, and I thought I was at home.” George Galloway

“I can’t think of fans creating a better atmosphere, anywhere, than those at Celtic Park.” Alan Green

“I have got a friendly, good perception of Glasgow Celtic, now they are my second team. I have got a sympathetic relation with the club, with the history of that club.” Carles Vilarrubí

“There isn’t a better atmosphere in world football than Celtic Park.” Ray Wilkins

“Celtic fans a couple of years ago went to Seville in the Uefa Cup Final and took over 3 times the amount of fans there. There was not one bit of trouble as all the fans that had no tickets stayed in the square and had a big party. Every team should follow Celtic’s fan behaviour and that mentality.” William Gaillard

“You may have it good here at Anfield but the Celtic fans do it best.” Eurosport

“The best fans on the continent.” El Mundo Deportivo,  Barcelona

“More than a club, a people,” French Newspaper L’equipe 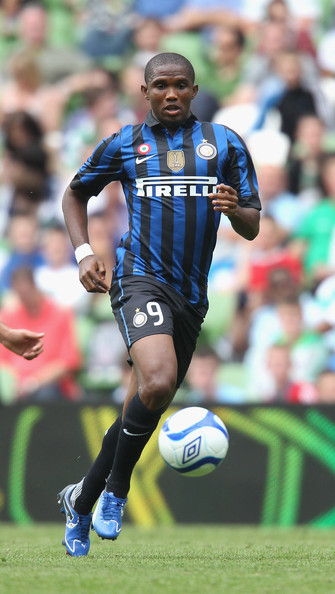 “This place makes the hairs on the back of your neck stand up, there is nowhere like it in football, and I can see how the people love to play here and speak so highly of it.” Samuel Eto’o

“Every professional footballer should seek to play at least one game at Celtic Park. I have never felt anything like it.” Paolo Maldini

“That horizontally striped white and green jersey is the uniform of a club worthy of the applause of the world. The fantastic Celtic fans gave a real lesson in civility in sport. The chants and insults which blight too many games in Serie A are light years away from the spectacle of education and sportsmanship that the people in the Celtic away end offered.” Calcio Mercato

“The atmosphere the fans at Celtic Park generate is something that is unique in football and it is a factor that, for me, makes it impossible to predict the outcome of the game. The noise is unbelievable and it’s constant, from the moment the opposition players walk on the pitch they will not get a moment’s peace until the final whistle. If you haven’t experienced Celtic Park in full cry, it is very difficult to play your normal game. Players are used to playing in hostile grounds all over the world, but I can tell you that there is nothing to compare with Celtic Park.” Lou Macari 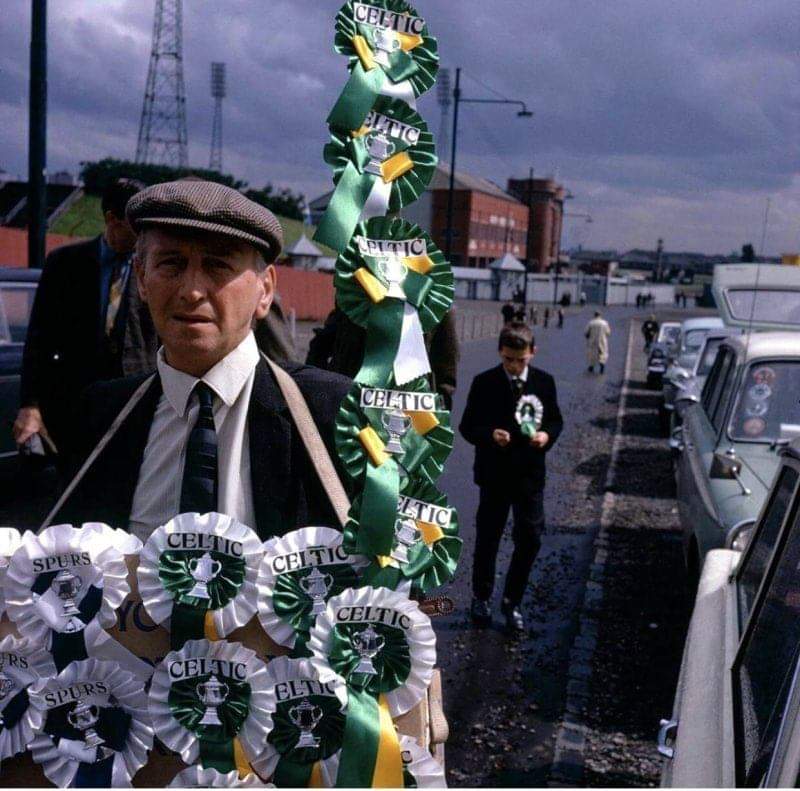 “Being a Celtic supporter is not always easy, but it is always worthwhile.” Fergus McCann