You are at:Home»Latest»This weekend is ‘crucial’ according to Sutton, plus his thoughts on Celtic AGM

Former Celtic striker Chris Sutton has been discussing the events surrounding the Celtic AGM during the week as well as the opportunity that the managerial change across the city may present his old club.

The man theRangers fans love to hate played against their new manager Gio Van Bronckhorst back in his day and explains that he rates his former foe as a manager due to the job he done with Feyenoord in the Eredivisie. Although he thinks Van Bronckhorst may even prove to be an upgrade on Steven Gerrard, he knows that the whole situation could hand Celtic an opportunity to benefit from the upheaval at Ibrox.

In his regular column in Daily Record Sutton had this to say: “If you’re in that Parkhead dressing room you’ve got to think the door is open. (the)Rangers are top of the league but they haven’t hit their straps this season. Celtic have kept pace despite cobbling together a side at the start of the season. 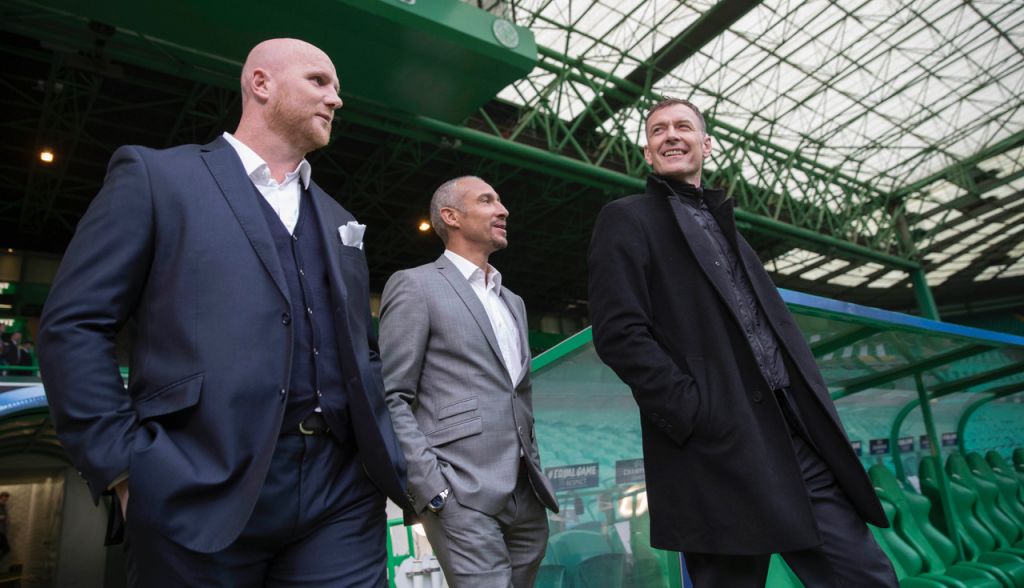 “This weekend is crucial for my old club. If (the)Rangers lose tomorrow then it’s on Gerrard. If Celtic go out, then it’s a problem for Postecoglou. Ange is ahead of schedule but sticking a trophy on the sideboard would be a major step.”

Most of us agree that this is a crucial weekend in regards to the momentum we have recently built and whether it continues. The International break and the turmoil that engulfed theRangers during that period has only increased our appetite for the resumption of domestic football. Beating St Johnstone and going on to lift the Trophy at Hampden before the end of the year would give Ange and his team a huge confidence boost and prove they have that winning mentality in what is looking like being a proper neck and neck battle for the title this season. 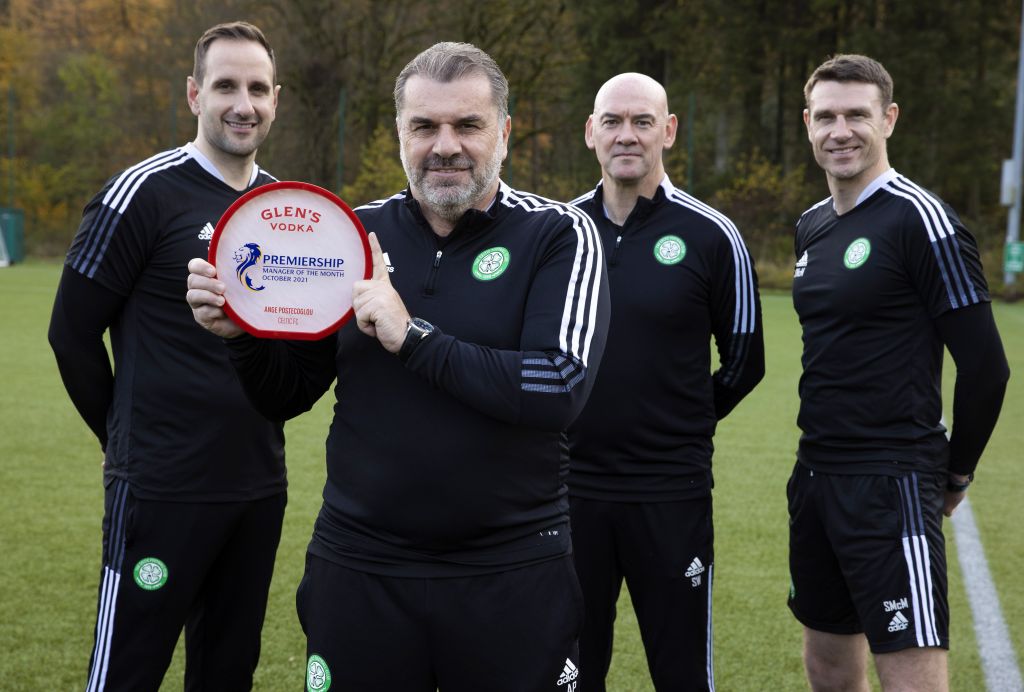 Ange Postecoglou is pictured with the Glen’s Manager of the Month award for October at Lennoxtown, on November 10, 2021, in Glasgow, Scotland. (Photo by Alan Harvey / SNS Group)

Sutton goes on to highlight his thoughts regarding the tumultuous Celtic AGM during the week where Celtic fans showed their dissatisfaction towards the board, but as always had a warm welcome for Ange Postecoglou who in some ways quelled a lot of the displeasure felt amongst the support by somehow managing to lead us out of the nightmare of last season and create a team which has given us so much hope in the matter of only a few months.

Regarding Ange, he said: “I’m not surprised he got a warm reception at this week’s Celtic AGM and it’s no shock the board took a few hits either.

“I’m not sure they adequately explained the mistakes made during last season and the stuff about referees and Nicola Sturgeon was a bit baffling.

“The big questions remained either unasked or unanswered. What the heck happened with Dominic McKay and the bright new vision he promised? Is Michael Nicolson the long-term chief executive?

“What’s happening with the director of football role and the recruitment side of the club? Postecoglou has been going it alone but he needs help to keep building for the future and going toe-to-toe with van Bronckhorst’s (the)Rangers.”

As usual Sutton has pretty much hits the nail on the head here. Ange has more than delivered in his role so far and Celtic fans are fully behind the manager but he needs, and deserves, support from the board in his quest to return Celtic to their rightful place at the top of Scottish football.

He has more than proved himself so far and the board must back him and provide him with the tools he needs to continue to improve all aspects of the club that has been in decline over the past few years.

Previous ArticleVideo – Fran Alonso on Celtic’s must win match against Aberdeen
Next Article “Bertie was just Celtic through and through. That’s where his heart always was,” Willie Wallace