You are at:Home»Latest»Thomas Duff: The Cowlairs Orangeman & A Club Open To All

As Celtic fans we’ve all heard the expression ‘a club open to all’ and, though most football clubs are inclusive, the context of Celtic’s formation is what makes this historical inclusivity something to celebrate.

It’s no secret that the Irish community in Glasgow was met with an inhospitable incumbent population. Vilified for their religion and cultural background, it would have been easy for the Bhoys to be inward looking. It should be noted that Hibernian were already in existence and had been founded by lead figures of the Catholic Young Men’s Society, who demanded that their players were practising Catholics. This has led to the Edinburgh side being referenced by some as Scotland’s first sectarian club. It wouldn’t take long for another team closer to home to adopt an unambiguously sectarian stance, when they realigned their identity and sold their sporting soul in order to draw support from those harbouring anti-Irish/Catholic sentiments.

As Celtic represented the Irish Catholic community, whose footballers were generally not given the opportunity to sign for clubs such as Queen’s Park or Rangers, the Celts themselves made little attempt to reach outside of the Glasgow Irish domain for players in the first season. However, the door to such possibilities was never closed at Parkhead and despite having an all Catholic team in the club’s formative year, the lack of desire to enshrine a sectarian or exclusive policy made the club unique. Indeed, Celtic would complete the signing of their first non-Catholic, a goalkeeper named Jamie Bell, in 1890. At that time the goalkeeping position was becoming difficult to fill and it was beneficial to look beyond the Irish community for footballing talent.

A year later, Bell was replaced by Orange Order member, Thomas Duff, who was nicknamed ‘The Cowlairs Orangeman’! Willie Maley describes the psyche of the Celtic committee at this time, in his book, The Story of the Celtic (published in 1938): ‘We have always been a cosmopolitan club since our second year, and we have included in our list of players a Swede, a Jew and a Mohammedan. Much has been made in certain quarters about our religion, but for forty-eight years we have played a mixed team, and some of the greatest Celts we have had did not agree with us in our religious beliefs, although we have never at any time hidden what these are. Men of the type of McNair, Hay, Lyon, Buchan, Cringan, the Thomsons, or Paterson soon found out that broadmindedness which is the real stamp of the good Christian existed to its fullest at Celtic Park, where a man was judged by his football alone.’ 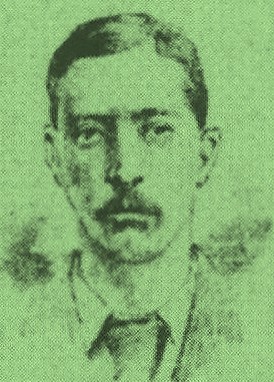 Tom Duff’s membership of the Orange Order was known throughout the game at the time of his joining Celtic. An Ayrshire man, he had played in the first ever match at Celtic Park when Hibernian and Cowlairs played out a 0-0 draw to formally open the new ground in May 1888. Hibs and Cowlairs met again a few weeks later, this time at Easter Road. Tempers flared on that occasion, when Hibs striker Willie Groves (a future Celt) received a punch on the jaw and withdrew from the match.

Cowlairs were unhappy that a goal which put Hibs in the lead was allowed to stand and responded by refusing to play on, passing the ball back to Duff to stop the game from restarting. As the anger of the Hibs fans grew, the Cowlairs Orangeman could be seen gesticulating at them! Within seconds, the Hibs fans invaded the pitch and, according to Hibernian historian Alan Lugton, they were already fuming at the treatment Willie Groves had got and thus lost control, poured onto the park and set about the Cowlairs men, paying special attention to Duff who was well known for his Orange sympathies!

Although Thomas Duff didn’t join Celtic until August 1891, he had appeared for the club during a mini tour of England a year earlier. In the summer of 1890, the Bhoys had arranged a number of prestigious friendlies against English clubs, including Wolves, Notts county and Preston North End. Due to a lack of content with goalkeepers, Tom Duff was invited to appear for Celtic. He responded with a string of good performances as Celtic went undefeated on the tour. However, when the new season started, it was Bell who was again between the posts at Paradise.

Strangely, the signature of an Orangeman was not met with much comment from the Celtic support when he finally joined the Celts. Perhaps this was due to his pedigree, not only having played for the Hoops a few times before, but having performed well against Celtic for Cowlairs. Indeed, it was Duff who had kept a clean sheet to stop Celtic in their first ever cup final, the Glasgow Exhibition Cup in September 1888, which Cowlairs won 2-0. Meanwhile, in January 1890, it was his ‘magnificent goalkeeping’ that forced Celtic into a replay, which itself was marked by ‘miraculous saves’ from Duff.

Thomas Duff made his debut as a registered Celtic player in a 3-1 league defeat to Hearts, on 14 August 1891. Not the best opening, his next game was a 3-0 victory at home against Rangers, which gave him some leeway.

His Celtic career was short lived as he only made nine competitive appearances. Yet, of those games, Celtic won all but one, as well as lifting the Glasgow Cup. No doubt this was thanks, in part, to Duff’s 44% shut out rate.

Not only did Duff’s signature break down social barriers, but he also provided a tremendous piece of Celtic trivia, when, in the Glasgow Cup final versus Clyde at 1st Cathkin Park, on 12 December 1891, he became the first Celtic goalkeeper to pick the ball out of the net. For those perplexed, this was due to the fact that it was the first time that nets were used in competitive football! In the interests of accuracy and fairness, it should be noted that Celtic won the match 7-1.

The end for the Cowlairs Orangeman was a little sour. An erratic display from the goalkeeper is said to have been to blame for the Bhoys being thumped 8-0 in a friendly against Dumbarton at Celtic Park. The game took place in early January 1892 and a local journalist named Eugene MacBride commented:

“On that day Celtic used goal nets at Parkhead for the first time and poor Tom, having presumably celebrated the New Year late if not to excess, had to retrieve the ball eleven times in a 0-8 defeat  (three goals were struck off).”

The Scottish Sport was more damning of their assessment, stating:

“Duff for the day spelt his name D-U-F-F-E-R. It will take a lot of his best saving to recover the reputation lost.”

Eventually, after playing in a torrential downpour, Duff suffered from rheumatics and he was returned to Cowlairs in January 1892.

His nickname had come from Robert M Connell, who was a respected journalist for The Scottish Weekly Record. By no means a Celtic great, The Cowlairs Orangeman was emblematic of what the club was about and still is about – A CLUB OPEN TO ALL.