You are at:Home»Latest»Thomas Gravesen and the Celtic Badge Kisser

On this day fifteen years ago, Celtic took on Rangers at Celtic Park in what was Gordon Strachan’s second season as Hoops boss. Strachan had won over most of the Celtic support by regaining the league over our arch rivals. However, there were some that still held reservations about the former Aberdeen player. The fiery character would start to make it difficult for some fans, as he kept Celtic winning for two-in-a-row.

In the opening Glasgow Derby, Strachan started new glamour signing, Thomas Gravesen, who recently moved to Celtic from Spanish giants Real Madrid. Gravesen would not disappoint in his debut fixture against the Oldco – getting himself on the scoresheet while turning in a solid display. 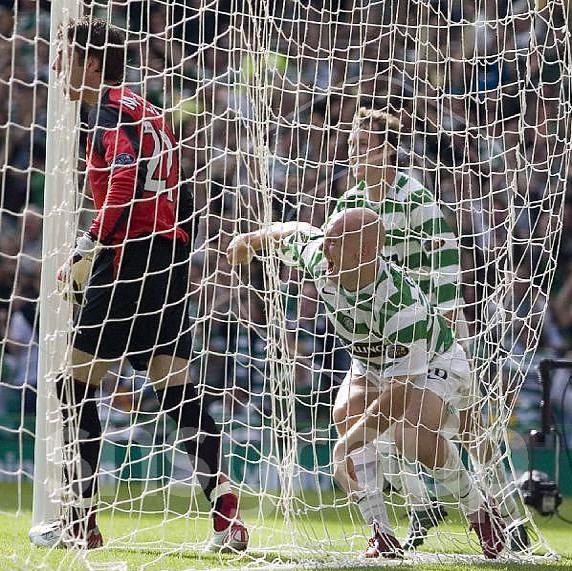 Ultimately, it would be goals from Gravesen and former Oldco player, Kenny Miller, which would seal the points on a beautiful, sunny day in the East End of Glasgow. This result would be many on the road to yet another league title in May.

Gravesen’s goal came from an excellent floated cross from skipper, Neil Lennon. The ball found its way to Aiden McGeady in the air heading it at the on-rushing goalkeeper who got a hand to the ball, but could not prevent it from spinning backwards towards the goal, with Thomas Gravesen following in with the head to put the Celts one up. 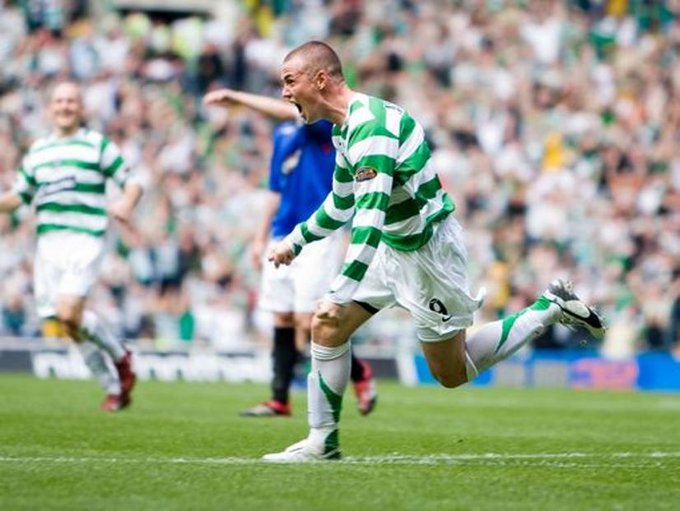 The second came from phenomenal play from Aiden McGeady; after a superb run from his own half, he played a tantalising pass through to Celtic badge kisser Kenny Miller who poked it past the goalkeeper to make it two. A fine afternoons work for the Bhoys. A crucial victory on the road to yet more success for Strachan’s Celtic. Fun fact. the Celtic badge kisser is the only player to score for all three clubs that have participated in the Old Firm/ Glasgow Derby encounters.

Refresh your memory with the goals below…