You are at:Home»Latest»Through the wind, through the rain – Be proud of this great travelling Celtic support

The words to ‘You’ll never walk alone’ have rarely been more relevant.

Over the last two weeks the Celtic team has had to face the might of two storms, Ciara and Dennis and still were expected to perform the Celtic Way. This isn’t always possible and praise is due to a team who have navigated a Scottish Cup tie with aplomb and a Pittodrie encounter in gale force winds against a strong Aberdeen side, with The Celts once again emerging with both great credit and three massive points. 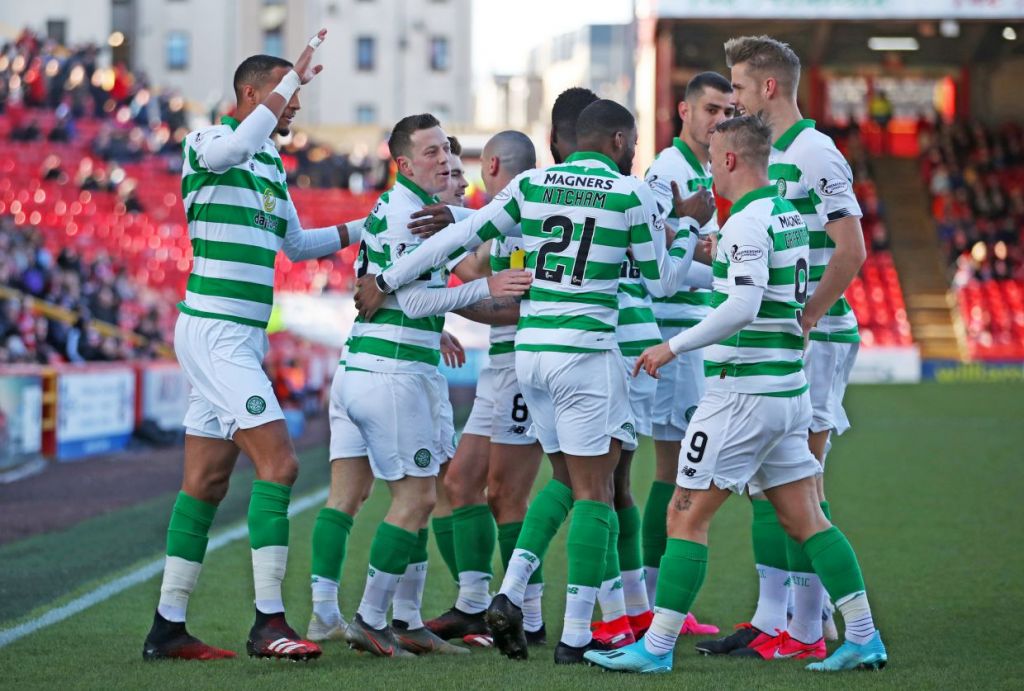 Massive praise then to the team but also the support who travelled through those intimidating conditions to ensure the Bhoys ‘never walk alone’.

Since moving down south I get to no more than a handful of games a season. As such I watch most encounters from the comfort of my own home. I must say I miss going to games home and away and those who do attend deserve the utmost respect. Especially at this time of year.

The last couple of weeks in particular have given me a great deal of pride in the Celtic support. From talking to a few exiled Celts down here this week, many of us feel the same way.

Dark early starts and treacherous driving conditions shouldn’t be underestimated or taken for granted. The easy option is to stay at home and watch both these encounters live on TV as they both were being shown live. That option was very much open to these fans but the ones who made the effort are as deserving of the praise as the team on the park. 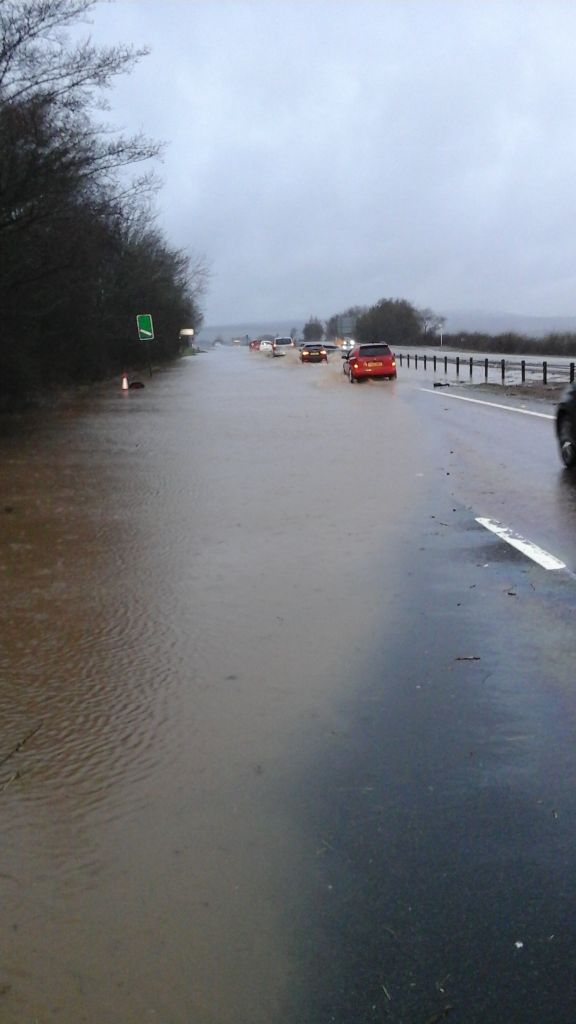 The A9 on Saturday evening, but by Sunday morning the road was clear, the water gone and the sun was shining all the way to Aberdeen – Ed

Manager Neil Lennon showed post-match as he took his own celebrations to the Celtic Support at the final whistle that he’s very much a Celtic supporter as well as the Celtic manager. It should be remembered, not all who have proclaimed such support have been genuine. Neil Lennon of course is.

He also had this to say on the Celtic website after the game. Yes he praised his players but he also took time to praise the travelling support, something I’m sure those fans would have welcomed:

“I appreciate the fans making a long trek in horrible conditions,” he said. “I appreciate everything they bring us and I thought they were magnificent today. Even at 1-1 when the game could have gone either way they were still making a lot of noise.”

🗣️ NL on the fans: “I appreciate the fans making a long trek in horrible conditions. I appreciate everything they bring us and they were magnificent today. Even when the game could have gone either way they were still making a lot of noise.”

The truth be told many more fans would have travelled had a reasonable amount of tickets been made available. It takes some explaining when you see an attendance of 14,000 in a stadium that holds 20,000 for one of the biggest games in the Scottish football calendar and Celtic have their allocation limited so much. Do we have a marketing team advising Scottish football? Empty seats don’t exactly sell a product do they?

As such and I’ve done the same at Pittodrie in the past, many end up taking the not insignificant risk of purchasing tickets in the home end. Something evidenced by two brilliant pieces of film shared by the Green Brigade on twitter after the game, clearly filmed rather bravely from the Aberdeen end.

Celtic’s on the ball again pic.twitter.com/NYY1Kf6Zsz

The first rendition of ‘Bye Bye (the) Rangers’ was heard clearly as I watched the game from the comfort and warmth of my own living room. It was great to see the film of it after the game. It makes you proud of this great travelling support Celtic have.

The second captures the post-match celebrations with Neil Lennon and the players. There is clearly an appreciation from players and management to the supporters and it is reciprocated from the stands, ending in the ‘We love you Celtic, we do’ chant to round off the afternoon.

There is a tight bond between Celtic supporters and this Celtic team, I don’t remember it being as strong as it is right now. It’s a massive reason that Celtic are going through such a successful period in our history.

On Thursday night many Celtic fans will pick up their passports, match tickets, flags and scarves and take their stories and their songs to Copenhagen for the Europa League clash last 32 first leg clash.

Once gain they’ll represent Celtic as only they can. As someone who rarely gets to the games these days please be aware it is not only the players and manager who appreciate what you do and the sacrifice you make to do it. ‘When you walk through a storm, Hold your head up high.’

We’re all proud that you ensure Celtic never walk alone.

Copenhagen Star – ‘We are the underdogs. If we were to qualify it would be massive’ | The Celtic Star https://t.co/ICAuiRbwtk

Previous ArticleCopenhagen Star – ‘We are the underdogs. If we were to qualify it would be massive’
Next Article Intel from Copenhagen in the Group Stages, Three Celts on a Tightrope – Amazing Pictures