You are at:Home»Latest»Time for a Happy Lisbon Lion Story in the Saddest of Weeks

JOHN FALLON was re-united with his original Winners medal from Lisbon at the weekend after it was shamefully taken from him by a former Celtic chairman.

John Fallon – substitute goalkeeper for the Lisbon Lions on 1967

Glad to report that he has had returned the original medal that was taken from him. Much respect to Celtic for this.

Topped off an emotional day with my dad getting his origin medal from 67 yesterday . (Nails not mine ????)⁦@CelticFC⁩ ⁦@sligotim⁩ pic.twitter.com/IznIiZDxwl

We asked David Potter to outline the story for those who aren’t aware of what happened and it has to be said that it was a fine gesture by Peter Lawwell to go to the trouble of righting this wrong by sourcing the Lion’s original medal from Lisbon and returning it to John Fallon, the rightful owner….

John Gets His Medal At Last

I think we were all delighted to see that John Fallon got his real medal at last. Full marks to Mr Lawwell for bringing this about. It put right an injustice, which some people might even call “theft”.

As you recall or as you have seen on You Tube if you are not old enough, circumstances dictated that there was no formal presentation of medals in that most disorganised of all European Cup finals. They simply could not cope with the Celtic fans, and Billy was, eventually given the European Cup without the other 10 men behind him. But wait a bit, that should be 11 men! 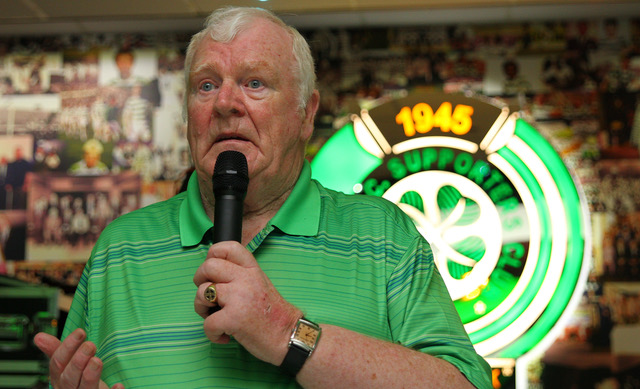 John Fallon technically played in that game. He was wearing his strip under that tracksuit, and would have taken over if Ronnie Simpson had been injured. Six months later, incidentally, in Argentina, he had to do just that after Ronnie was felled by a missile.

So Fallon was Celtic’s 12th man as goalkeeper substitutions were allowed in the European Cup of that year. He also played a great part in ensuring that Helenio Herrera got the second choice of team bench, he and some other reserves making sure that they got there first and kept the seat warm for Jock!

The game over, the teams met at the post match banquet. During this time Jock came up with a box, gave it to Billy McNeil who duly distributed the medals, including one for John Fallon.

OK so far, but then Stein came back and asked John to give his medal back.

Apparently, the Chairman was wanting it!

Yes, the Chairman who, until he admitted he was wrong in 1965 and brought back Jock Stein, had lead the club to relentless mediocrity, was wanting a European Cup medal!

And as he was the Chairman, he had to get what he wanted! John was later appeased when the club arranged to get another medal struck… but it wasn’t the real medal.

So anyway, justice has now been done to John, a man whom you will see at virtually every Celtic game, home and away. He will probably be holding court to all and sundry outside the Superstore. He is not snobby and you will probably hear him before you see him. He will greet you in his jovial way, he will shake your hand or rather your hand will sink into his huge goalkeeper hand!

He will talk about Celtic past and present, and as they always say about all ex-Celts, he is just an ordinary man. His support of the team is by no means uncritical – he does not miss anyone and hit the wall – but it is genuine. His knowledge of the club is profound, and he now has his European Cup medal.

John Fallon is a great Celt.

WILLIE WALLACE IS ON HIS WAY TO GLASGOW

Willie Wallace’s wife Olive posted this tribute to Stevie Chalmers after today’s sad news reached her in Gold  Coast, Australia. Olive confirmed that Willie isn’t there at the moment as he had already begun his journey back to Glasgow to attend Billy McNeill’s funeral on Friday.

“I am posting this for Willie who is at this moment in the air approaching Singapore,” Olive stated. “He is on his way to Glasgow to attend Billy McNeill’s funeral.

“He will be greatly saddened by the news that his team mate and great friend Stevie has passed away.

“On Willie’s behalf we pass on our sincere condolences to Sadie and all the family. Another very sad day for the Celtic Family. RIP Stevie.” 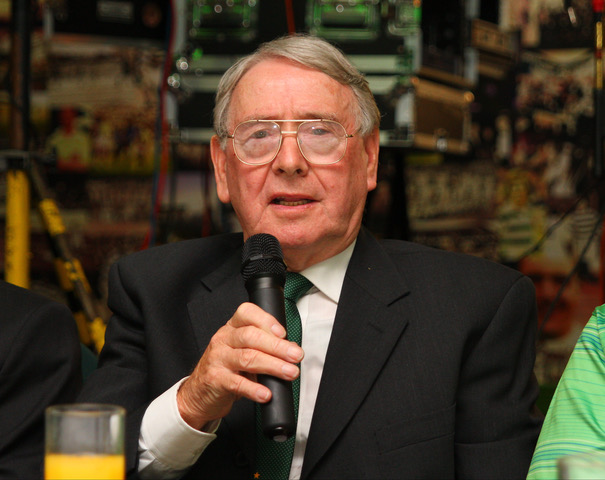 Previous ArticleWatch Celtic TV’s Access All Areas from the Cesar Tribute on Saturday
Next Article ‘It’s a new beginning for me,’ why Jozo’s luck changed when Lenny arrived