You are at:Home»Latest»Time is running out for the injury prone Celtic Winger, Mikey Johnston

Mikey Johnston is injured again, apparently in training ahead of last night’s League Cup quarter final against Raith Rovers. He came on as a late substitute at Livingston on Sunday but was unable to influence the game or the result and that was his first competitive appearance in a very long time.

Ange Postecoglou says Giakoumakis will have a scan after injuring his calf in Celtic’s warm up tonight. Mikey Johnston out again after picking up an injury in training. Outside chance of Callum McGregor being back for next Thursday’s Europa League tie. 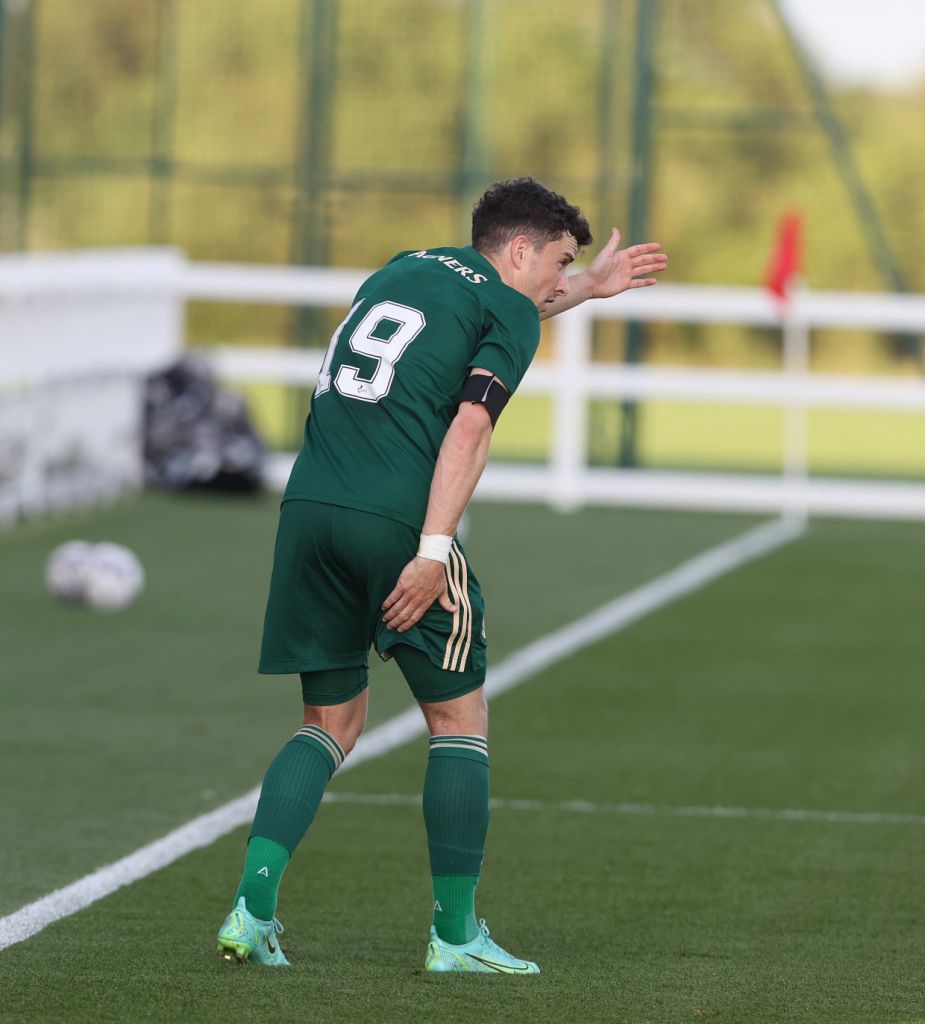 The highly rated winger did start against Bristol City in that rough and tumble pre-season friendly but pulled up with a hamstring injury early a the match where Celtic also lost Karamoko Dembele who was the victim of a disgraceful tackle by a senior professional Kasey Palmer – in a friendly match. He should be throughly ashamed of himself for that cowardly tackle on the young player. 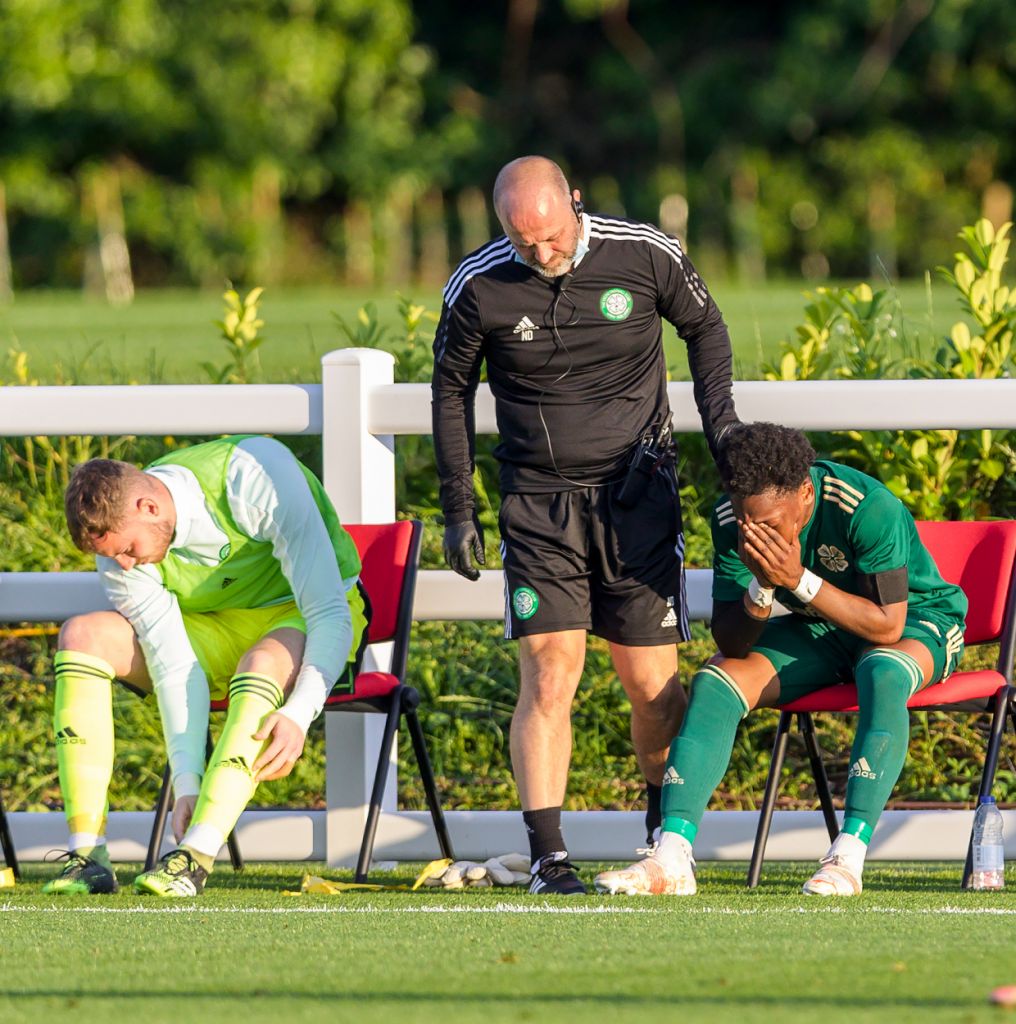 Dembele in tears after being the victim of that horror tackle.

Johnston’s recent batch of injury woes stretches back to that night up at McDiarmid Park in Perth in late January 2020 when he came on – got injured – didn’t want to come off – played on for a minute then went down again – to then here the then Celtic manager swear at him as he was helped off the park. He was out for a long, long time after that one. 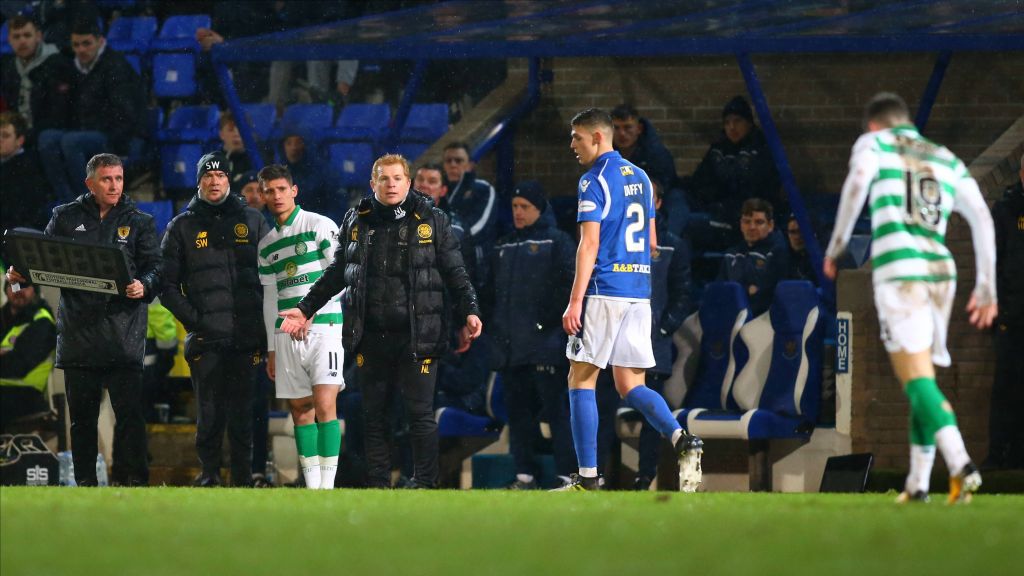 29th January 2020 McDairmid Park, Celtic Manager Neil Lennon pauses a substitution to check on the injury of Mikey Johnston who stayed on only to pull up seconds later and then miss over a year with the injury.  Photo Vagelis Georgariou 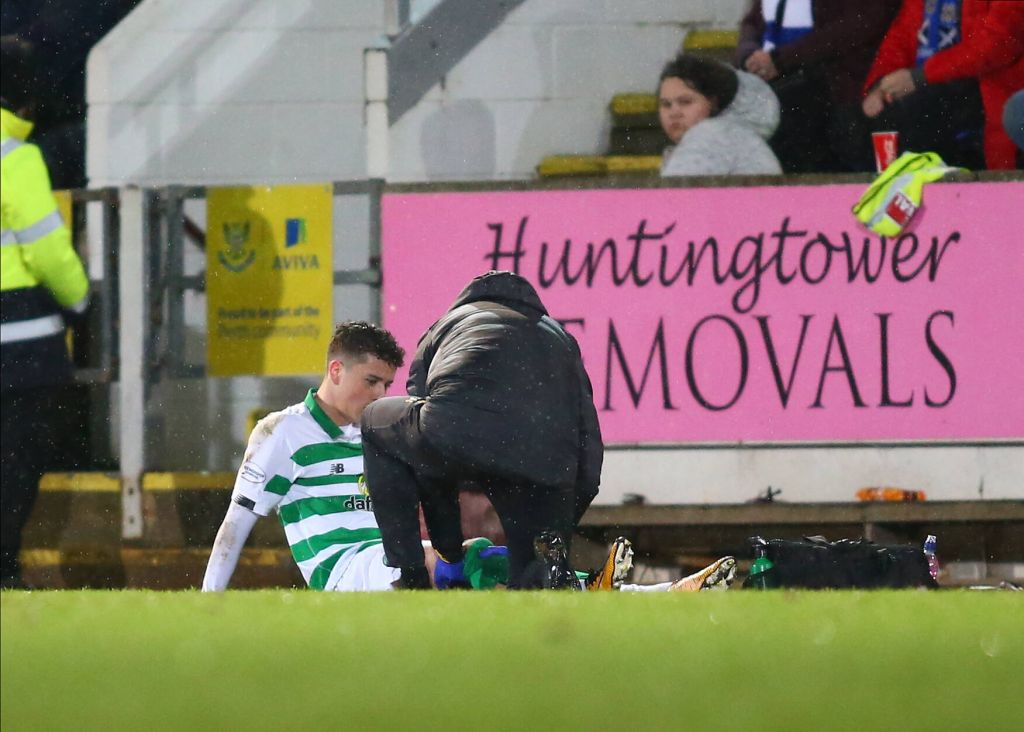 Mikey Johnston of Celtic is treated at the side of the pitch after initially breaking down. Photo Vagelis Georgariou

Questions need to be asked about a player who over a number of years is only ever available for a handful of games and seldom seems to get through a match unscathed. And if he doesn’t pick up an injury in games there’s always the risk that it’s going to happen at in the presumably light training that the club would have put the players through after Sunday’s match and ahead of last night.

Our new recruit, the highly regarded Head of Sports Science, Anton McElhone, will have the Mikey Johnston dilemma to ponder as one of his first tasks. Johnston has all the potential to be a top player who can have a decent career at Celtic but it appears to be slipping away from him. Any analysis by the club for the bang for bucks paid on his current contract would not make pleasant reading for Johnston’s agent trying to secure a new deal.

Maybe Anton McElhone is the man who can save Mikey Johnston’s Celtic career?