You are at:Home»Latest»Time to heal or Celtic will eat itself – Resolution 11 Olive Branch for Lawwell and Celtic PLC Board

David Quantick had a theory, one he became rather famous for in indie music circles.

As a critic for the NME Quantick was reviewing a fairly nondescript group by the name of Jamie Wednesday, a Streatham indie band which included the two men who would eventually become Carter USM.

Quantick, in what he probably thought was a throwaway comment, stated in his famous article that ‘Pop will eat itself’ as a prediction of popular music’s ever more repetitive instinct for recycling, recombination and repackaging. Then – even in the independent scene – it was now much of the same on a tiresome loop.

That was the point of his frustration, on an evening when the critic was far from inspired by what he was watching and listening to. Not that the music wasn’t on some level entertaining, just that it was regurgitated, lacking originality, perhaps had even lost its roots to some extent. Was this it? An entire industry playing it safe, scared to expand and innovate. There was a safe and profitable status quo, so why deviate?

While Jamie Wednesday were perhaps unfortunate targets, you can see where Quantick was coming from.

Fast forward to the mid 90’s and Oasis exploded onto the music scene. The debut album was welcome in a British music scene dominated by repetitive beats and mind-numbing repetition everywhere. 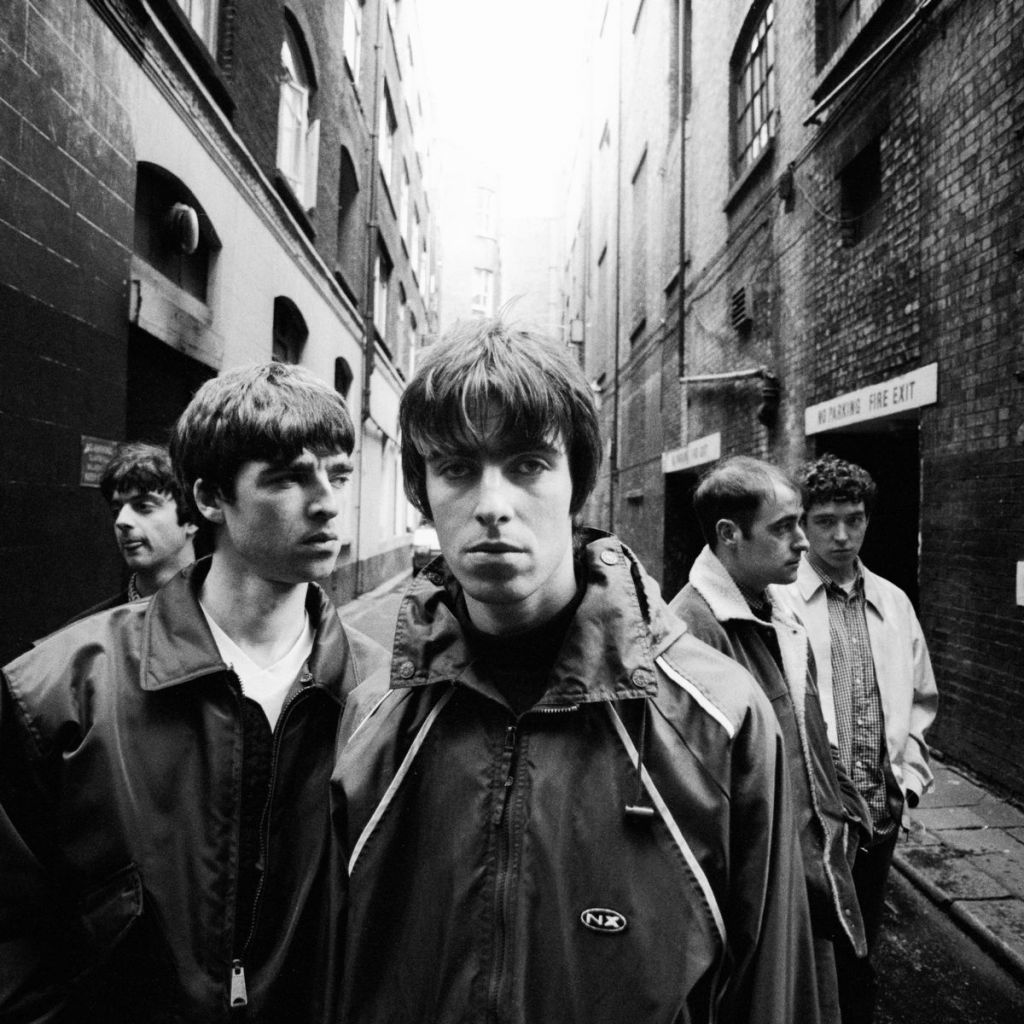 Oasis sounded different, indeed an ‘oasis’ in a desert of dance music monotony. Yet, even the debut album Definitely Maybe was fulfilling Quantick’s prophecy. It was a welcome change but it was a 60’s regurgitation, welcomed only because the all-encompassing musical landscape was enveloped in a stale sameness of an overrated and saturated dance music scene.

Oasis were never original to begin with, indeed eventually by the time they self-imploded the band had become a sad parody of themselves. If you wanted any example of the moment pop did indeed eat itself you just needed to be back stage at Knebworth. The excess, the separation from where that band had come from – and their label Creation also just as complicit – was obvious. Pop had not only eaten itself it was stewing in the intestinal juices.

The latest Resolution 12 (or is it 11?) once again due to be defeated before it started at the Celtic PLC AGM on 14 December, got me thinking that our Celtic Story is going the same way, and perhaps it always has been.

Not so much the Requisitioners you understand. I put them more in a role of Quantick. Not only making a challenge to the Celtic board’s inaction, also commenting on the club as a whole. Where we were going, what we’d become, based on the road we’d chosen to travel and the company we’d decided to reacquaint ourselves with and keep, and just as disappointed as Quantick at the lack of original thought.

Where I previously felt there was an anger and need for retribution, be that over a perceived need to force down now deceased rivals – not to have them recognised as rising from the grave – and the complicit SFA and then SPL, onto ultimately our own board via their Machiavellian smoke and mirrors, from our own towards our own and all very distasteful, it appeared from last year’s AGM and Resolution 12 voted down, that a chance had been missed. There was an attempt at smoking the board out that neither were likely to find middle ground from. This time around it feels different. But do the board recognise that opportunity?

The requisitioners, it seems to me are scared that Celtic under this board and this CEO are in danger of eating themselves, and in turn the club also. Perhaps losing sight of what Celtic could or should be, and as many of us wish to see them as.

Celtic supporter activity in support of Res 12, advertisement in the Geneve Tribune.

I could be wrong, I certainly don’t speak for them, but this repeated tactic of going to the board and demanding answers in the most public of arenas, taking different angles and coming back for more, smacks of an abusive relationship. One where deep down they feel there is a good person behind the facade, one they once knew in there somewhere, who just needs that decency encouraged and coaxed out. This particular resolution in particular feels that way. A bit like Skywalker standing over Vader.

This no longer seems a group of supporters looking for retribution. It seems more that they want reconciliation, a recognition and admittance from a Celtic board that they did what they did – and we know they did, with the 5-Way Agreement – but that they may now regret it and the healing could begin.

The requisitioners are offering what could be a timely olive branch.

If Celtic, and Peter Lawwell in particular, had the guts to come out now and admit he and they did wrong, possibly even did it for the right yet misguided reasons, then we have a chance here of the Celtic support and current guardians getting back on the same page and ready to fight the next battle coming into view.

Phil Mac Giolla Bhain’s recent and apparently well sourced exclusive shows the next opportunity may lie ahead to see our rivals dealt with the legislative scrutiny they should have been in a previous guise. The next instalment is due its premiere.

It’s not often in life you genuinely get a second chance, but if you do, you need to find a moment where both sides find a way to forgive for the perceived injustices and betrayals that went before. No blame, simply cards on the table and a thought process as to how we all got to this point. Dare I say forgiveness? In this instance both parties are on the same side.

The Celtic board has that chance. That opportunity knocks with Resolution 11 at next month’s AGM. Miss it now and they’ll live to regret it, someday soon, of that I am certain. I worry we all will.

The phrase from day one has been Persistence Beats Resistance. Have the Celtic board now not realised that this irresistible force is not meeting an immovable object? This board will move, the wall will break, that time will eventually see to that. The requisitioners however have made it clear they are going nowhere. It’s time for Lawwell and the Celtic board to reach out and take that olive branch that it seems to me is being offered.

Do they fear about all the rest, a house of cards that could fall? The peripheral issues that they worry the more militant of the Celtic support will move on to? Possibly.

Do I need a Celtic toothbrush, indeed a pack of two, do I even want it? No, but I can stomach their sale if behind all of that corporate saturation of every possible Celtic purchase, it was backed up by a club still strong behind our ethics, yet still needing to make a few quid while standing in the financial shadow of English and European neighbours drowning in TV deals and other such sponsorship.

I could cope with that, had we not been complicit in a survival myth peddled from the other side of the city and enabled by our parochial little country’s governing bodies. Had we not, in all but name, just accepted we wanted and needed and had no more ambition than Old Firm II. But admit those failings. Then yes, surely, we could all move on.

There is still time to rectify the important things and allow the sales of wash bags, slippers and Monopoly board games, all the way to hotels or whatever is next, without questioning if it’s in line with what the Celtic support want. Just as long as the foundations, the bricks, mortar and the soul of this club is not for sale alongside the cheap throwaway merchandise. That moves are in place, as long as there is no complicity in what went before, and there is a recognition of mistakes made in the past that really no longer have to be compounded now due to fear of reprisals or guilt.

Resolution 11 seems to me as good an opportunity, and perhaps the last for both sides, to meet in the middle and find a way forward. This Resolution, at this watered-down AGM, has given the board the opportunity to come back into the fold. Yet so far, the signs are they are doubling down.

If that’s the case it will be their moment where they presided over the same sort of prophecy David Quantick predicted for British music, and he was right. Pop Music did eat itself. Indeed, it’s still chewing on the gristle.

The Celtic board may be presiding over a last, but not yet lost, opportunity for Celtic to avoid doing the same. They just need to open their eyes and reach out.