You are at:Home»Latest»To Lisbon and back on a fiver – exactly how it was done

TO LISBON AND BACK ON A FIVER concludes today on The Celtic Star. Hopefully you have been following the story told in such vivid detail by Jerry Woods of how five your Bhoys from Fife set off on a road trip to Lisbon in May 1967 to see Celtic win the European Cup. It has been quite an adventure!

Jerry has self published the book and has a very limited number of copies. If you would like one, perhaps for someone in your family who also travelled to Lisbon in 1967, then drop me an email to editor@thecelticstar.co.uk and I will be happy to put you in touch with Jerry directly. He’s been delighted at the number of Celtic Star readers who have done just that! 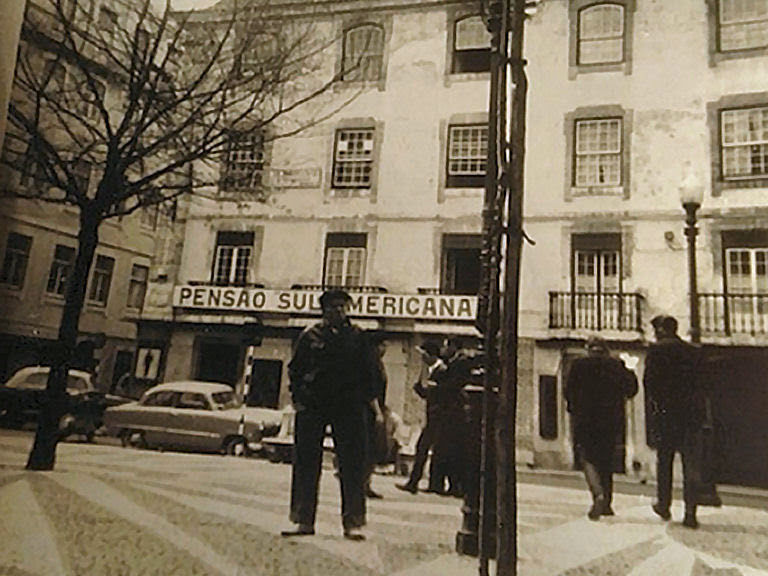 I left Glenrothes just after 10.00 am, and arrived at Tullibody about 11.00 am. In 1967, very few families had a house phone, and Helen did not know on what day (if any) I would return to pick her up. It was so good to see them again. Helen remarked and was concerned about my weight loss. I gave Pauline her bendy toy,that she kept for years.

Helen’s mother (Nelly) made one of her famous breakfasts that I devoured instantly. Helen during her visit had received (for Pauline) over £3 from all of Nelly and Tam McGregor’s friends plus another £2 from her father Tam. Therefore with this amount (£5) there was now enough for another Lisbon trip? 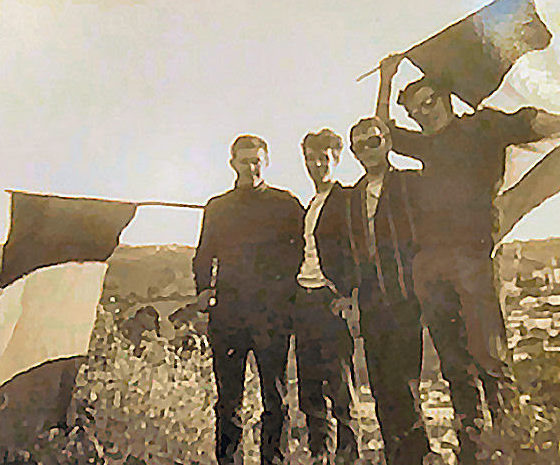 We stopped on the way home to Glenrothes for petrol, arriving home after 3.00 pm. At 5.00pm I went up to my doctor, Dr Rothnie (the Butcher!) for a post-dated sick line. In 1967 visiting a doctor did not require an appointment. You either attended a morning or an evening surgery, registered with the receptionist, sat in a queue with the rest of the so-called sick patients until it was your turn, and I would have to remember to cover up my sunburnt right arm.

When it was my turn, I told Dr Rothnie that I had been in bed and off work for all of the previous week with the flu and that I required a post-dated sick note for my employer to cover my 6 days absence. I knew I had lost weight, maybe about 12 lbs, and I must have looked terrible, because Dr Rothnie was not known for giving out sick lines.

In 1967, if you were off work, you did not receive sick pay from your employer. The only benefit was to claim a sickness payment via your National Insurance office – about 40% of your wages.

I returned home to Helen and Pauline, as happy as Larry, had a meal and a bath and then off to bed. I slept the sleep of angels until Helen wakened me about 7.00 am for my work the following day (Tuesday). 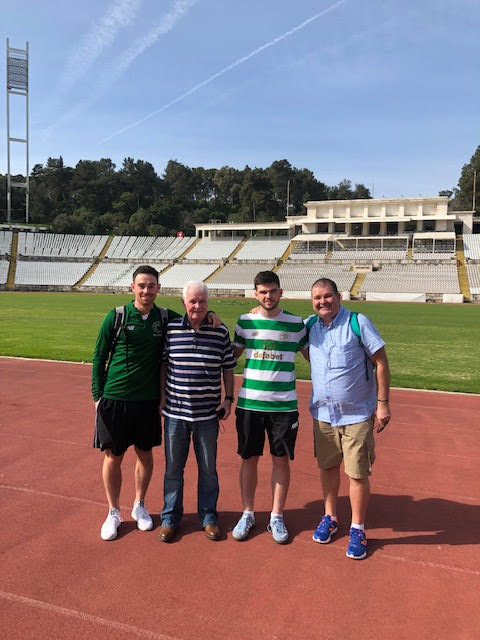 52 year later Jerry returned to Lisbon with his family

I returned to work – Cessna Hydraulics Glenrothes. I reported to the Personnel Department and handed over my sick note. I explained the situation regarding my absence and apologised for not informing them earlier because I did not have a telephone (true) and that my wife and daughter were staying over at her parents in Tullibody (true).

They accepted my explanation and I stayed employed with that company until 1979 (12 years later). 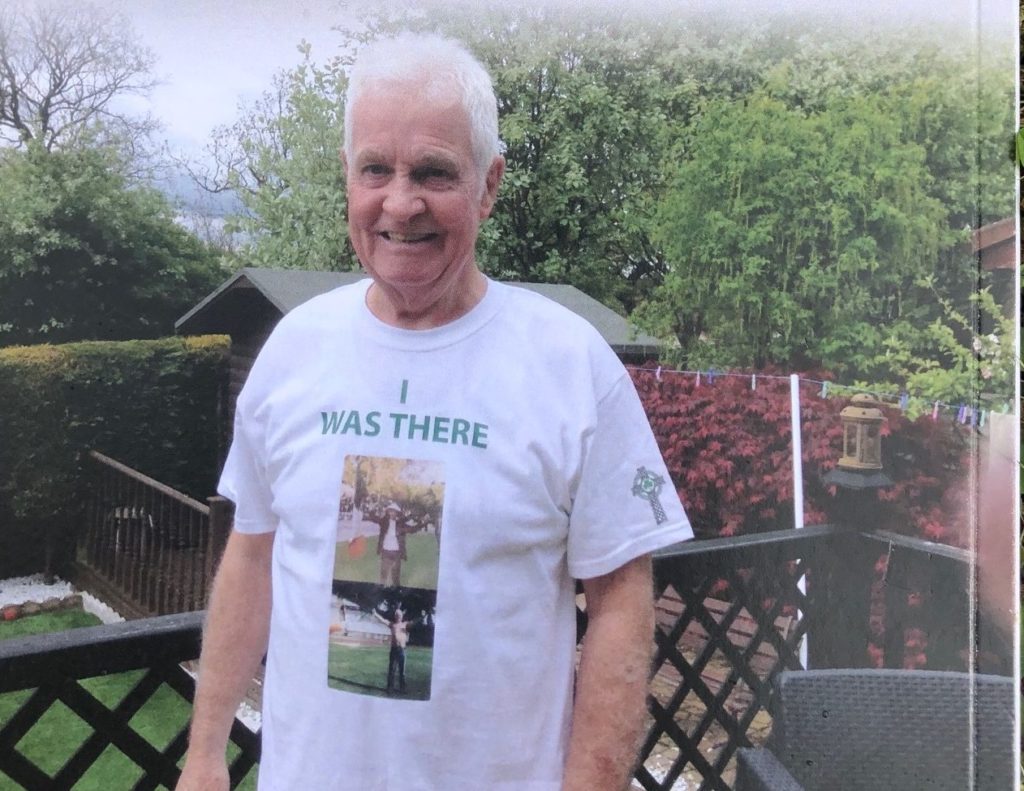 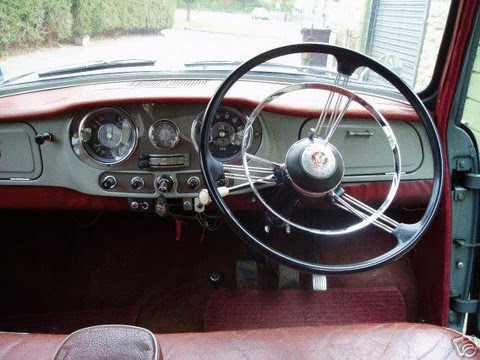 In 1967, all French roads, via cities and towns were sign posted TOUTES or AUTRES DIRECTIONS (TOUTES all routes) (AUTRES local or nearby)
TOUTES is similar to UK by-pass roads. Also in 1967, there were no roundabouts in France or Spain

Same route was used on the return journey. Sixth fill-up was in Lisbon on Thursday 25/5/67 +jerrycan. Tenth and final stop for fuel was at Doncaster on Sunday 28/5/67 where we had to pawn items for petrol.

This was an 8 day trip – 7 complete days of driving, the only exception being Thursday 25 May 67, the day of the game. The 3,600 mile epic journey required 7 days of driving, at least 515 miles per day with me as the only driver!

Route through France, Spain and Portugal

Previous Article‘Tuesday night turned into a shambles,’ says Niall J, ‘Lennon will have to learn from this’
Next Article ‘Charlatan’ – Lawwell under increasing pressure after ‘4 Celtic Men’ article