You are at:Home»Latest»‘To Move Down South For A Few More Pounds Wasn’t Interesting For Me’, King Of Kings

It goes without saying that Henrik Larsson is an absolute Celtic legend. The Swede stayed at Celtic for seven seasons, winning a treble and reaching the UEFA Cup final, as well as a host of other honours.

The king of kings did eventually go on to greater things, winning the Champions League at Barcelona. However, there is no doubt in Larsson’s mind that he made the right choice to stay at Celtic.

In an interview with Sky Sports, Larsson said: “I was never bothered about moving as I was happy at Celtic. We had a good team, we played in Europe – in 2003 we went to the UEFA Cup Final. I was playing with the Swedish national team on and off, so I was in a happy place. I was earning good money, it was a great contract that I had. So, to move down south for a few more pounds a week, it wasn’t interesting for me because I knew what we had at Celtic. I saw the manager and I think I started to understand his plan and what he wanted to do with the club.”

Larsson’s loyalty is a rarity in today’s game. The Celtic legend scored 242 for the club, and goes down as one of the all time greats. 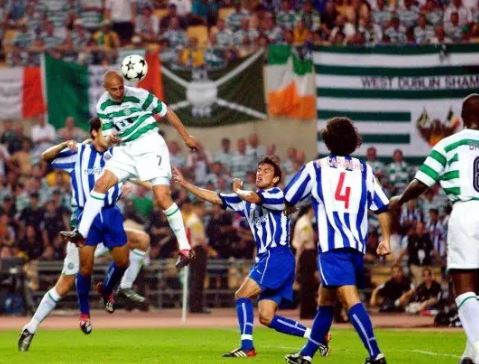