You are at:Home»Latest»Tokyo! It’s a Grand Old Team to miss a game for…Charity Marathons and Celtic

Finally caught up on the matches I missed whilst over in Tokyo last week, running the marathon to raise money for the Celtic FC Foundation. Two great victories in Edinburgh. Superb.

This is the fifth marathon I’ve completed to promote or raise funds for charity. Apart from the pain inflicted on body parts you don’t realise you have, the other downside of these races is that they tend to fall on match weekends. I’ve been having a think about those, each one significant in its own way, with Hibs, Hearts, Inverness Caledonian Thistle and Rangers featuring prominently.

My first run was in Dublin in October 2010. Initial plan was to run a marathon in my fiftieth year, whilst raising funds for Marie Curie, a cause close to my heart. Excitement at the prospect dimmed when the fixtures were released, a home game with Rangers. Couldn’t make it up. Whilst I looked at ways to alter flight plans to do both, the Dublin Marathon taking place on the Holiday Monday, the game was moved to the Sunday, Race Registration Day, for TV. So, basically, I’m screwed.

In the pub, Sunday lunchtime, confidence was high. In Neil Lennon’s first full season in charge, despite two European exits to Braga and Utrecht, the League form had been perfect, eight wins in eight games. In the opposing dugout, in their final season before facing Administration then Liquidation in 2012, Walter Smith boasted a similar record. Something had to give.

Just before the interval, Gary Hooper sent Paradise and Dublin wild, with the opener for Celtic. Here we go. Sadly, the second-half, went rapidly downhill, a Loovens own goal followed by a Miller strike, then the infamous ‘Willie’s Wing-mirrors’ moment, as Collum awarded a penalty for a challenge which took place behind him, duly converted by Miller to complete a 3-1 defeat.

It would prove a costly loss, Celtic winning two of the subsequent League meetings between the sides but Samaras missing a late penalty in a goalless draw at Ibrox at the end of April, which would have pretty much clinched the title, the League thrown away by a gut-wrenching point after a 3-2 defeat two weeks later at Inverness.

The Highland side, a real source of frustration and pain to Celtic over the years, were the opponents on the day I ran my next marathon, in London in April 2013. This was a much happier occasion though, as a double from Hooper and goals from Ledley and Samaras gave Neil and Celtic a second successive championship, with a 4-1 victory at Celtic Park. I got back to my Greenwich hotel in time to see the goals and victory celebrations on the TV. The following month, the Double was secured, with a 3-0 victory over Hibernian at Hampden, Hooper again with a brace, as the black-clad Celts lifted the Cup.

Fast-forward to September 2017 for marathon number three, this time in Berlin, the day after a visit to Ibrox. A bit of detective work found the home of the Berlin CSC, a St Pauli pub in Neukoln, the Astra Stube. A couple of underground journeys later, I walked into a small bar crammed full of German fans, St Pauli playing at the same time. As my heart sank, the barman gently pointed me through a curtained area, where the Celtic lads were preparing for the game. I spent a cracking couple of hours with them, the best view in the house as second-half goals from Rogic and Griffiths gave the Bhoys a comfortable 2-0 victory, ahead of the midweek Champions League trip to Brussels. 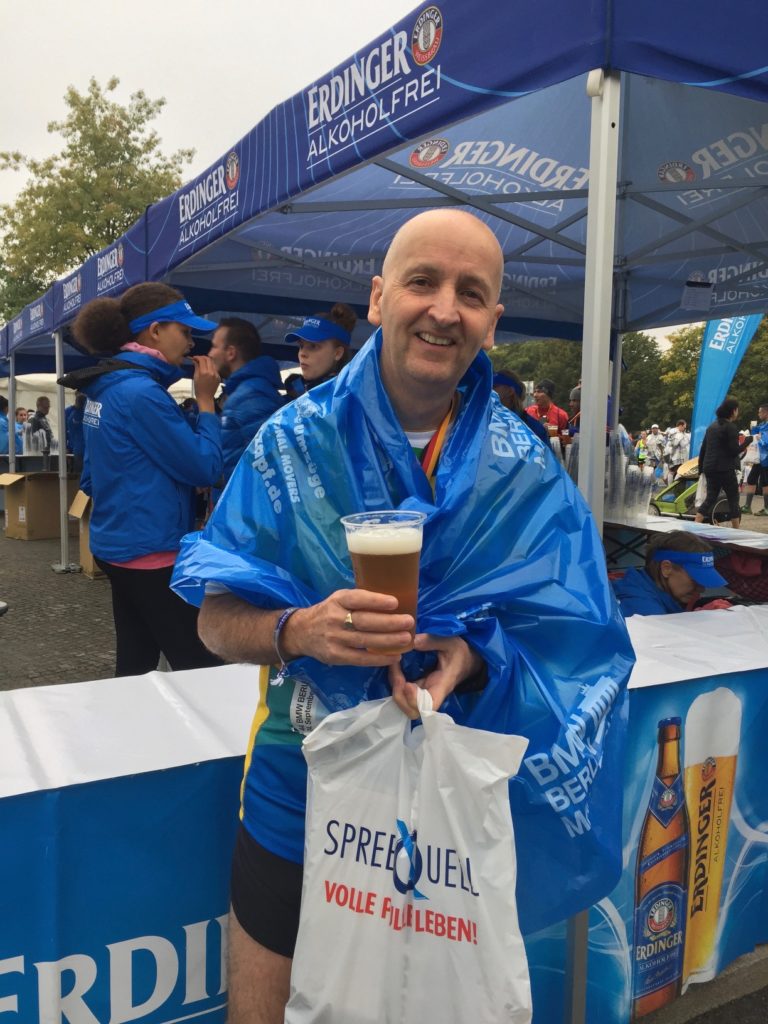 A return visit to Manhattan’s Parlour Bar was pencilled in for the NYC Marathon last November, to take in the clash with Hearts at Celtic Park. I’d had mixed fortunes in this pub previously, the first game a 4-0 hammering at Ibrox under Kenny Dalglish in 2000, followed by a League Cup Final victory over Rangers nine years later, as my son and I walked in the St Patrick’s Day Parade with the New York CSC. 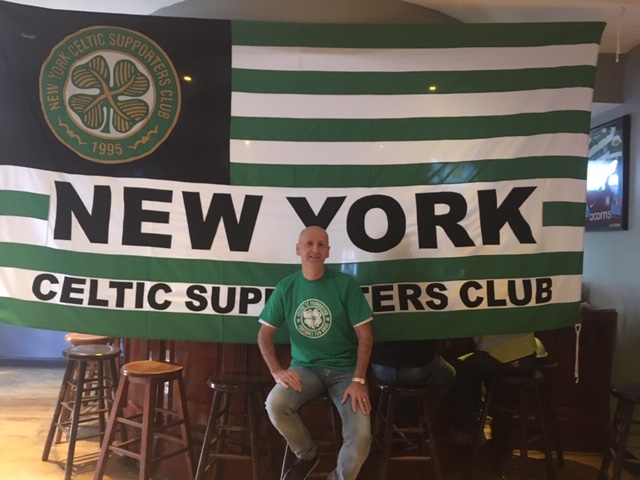 The third visit in August 2018, just one month before Berlin, saw goals from Forrest and McGregor secure the points at Rugby Park, a helpful guy at the next table giving me score updates the minute before the goals were screened on our TV!

The fourth visit would prove to be by far the most comfortable, a 5-0 win over league-leaders Hearts at Celtic Park, a double from French Eddie supplemented by goals from Benkovic, Forrest and a late Christie penalty, the game played out in silence due to the proverbial ‘technical difficulties’. 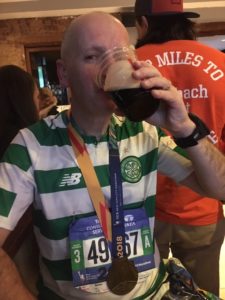 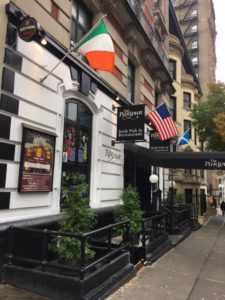 So to Tokyo. With the Tynecastle fixture moved from the Tuesday night to the Wednesday, due to Celtic’s European commitments, the trip to Japan involved me missing two games, that and the League fixture at Easter Road on Saturday night.

I left Glasgow on the Wednesday morning, the day after the managerial situation blew up, and was actually in the air as the Hearts game played itself out. With the time difference, phone problems and my cowardice to check the score, it was well into the Thursday in Japan before I found out that we had won and the nature of that win. 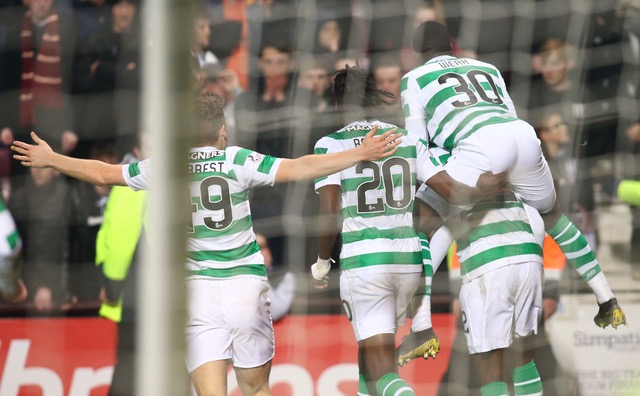 The rescheduling of the Hibernian game for TV again worked against me, the Saturday 5.15 Celtic Park Time translating into the worst possible slot for me, 2.15am on the morning of the race.

Despite trying a number of options, including trekking up to the home of the Tokyo CSC in Takadanobaba to make a personal plea, the locked door probably did me and Celtic a favour. I resisted the urge to check out the score at 5am as I headed for breakfast, instead it was Japanese Bhoy, Nobu Yamanaka, who broke the news to me after the race, a scoreline duly celebrated in the traditional style that night in the Dubliner, in the company of a fantastic Celtic man from Yokohama, birthplace of the great Nakamura. 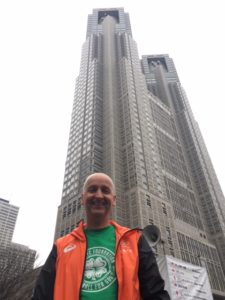 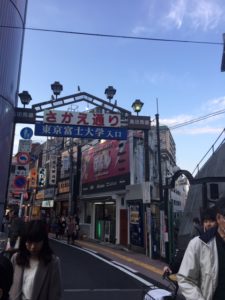 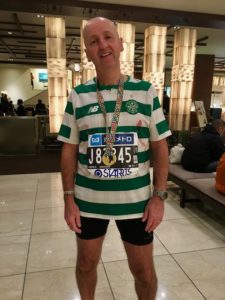 So five races have brought Celtic five wins and a defeat. Think I’ll quit whilst I’m ahead!

I’m no Bob Geldof, so asking for money doesn’t sit very comfortably with me. However, if you can help me to increase the amount raised for the Celtic FC Foundation, then please do so, using the link below.

Thanks and Hail Hail! 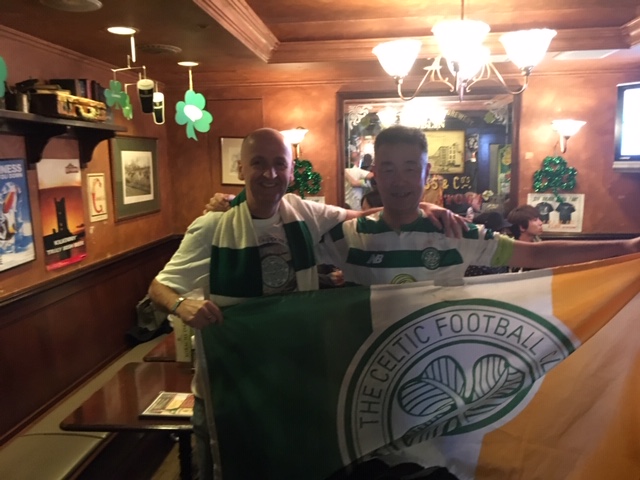 Read more about Matt’s experience at the Tokyo Marathon where he was running for the Celtic Foundation on the official Celtic website from earlier today – see HERE.

Previous Article‘It gave the girls a fright,’ Rodgers on the late night Break-in drama at their Bearsden Home
Next Article Celtic Noise – join the conversation today