You are at:Home»Latest»Tom Rogic’s dramatic 93rd minute winner for Australia

TOM ROGIC has scored a dramatic last minute goal to give Australia a 3-2 in over Syria in the Asian Cup.The Celtic star’s goal takes the Aussies through to the round of 16. 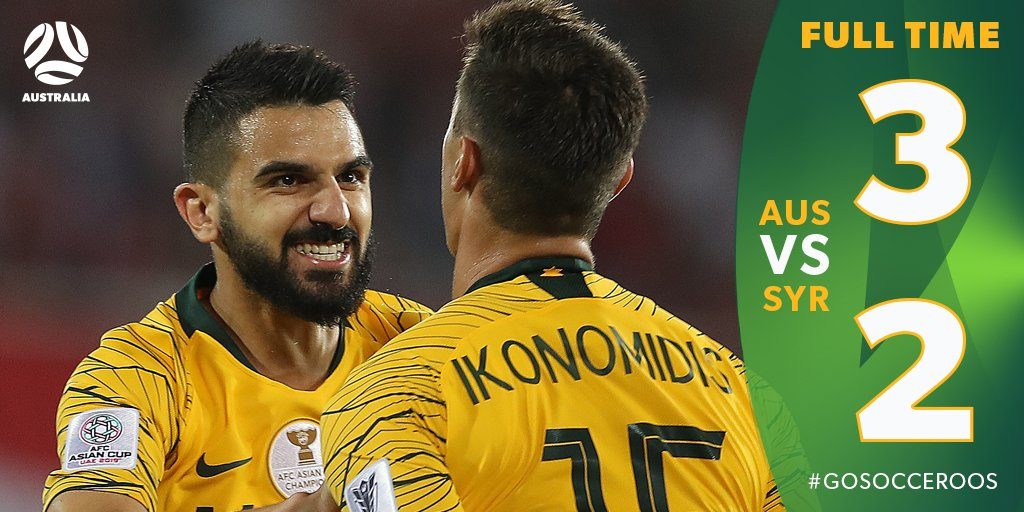 And Celtic supporters were quick to note that Rogic is a last minute specialist, with his never to be forgotten winner against Aberdeen in the Scottish Cup Final in 2017 featured, with Rogic celebrating his winner.

The first half ended all square at 1-1 with Mabil scoring with a stunning left-footed strike from outside the area just before the break. However Syria hit back almost immediately to level the score.

Six minutes into the second half Tom Rogic played in a very dangerous ball, for Ikonomidis to put the Aussies 2-1 up.

Rogic thought that he had scored a wonderful goal on 71 minutes but the flag went up to deny him and 4 minutes later Giannou’s low shot came back off the upright as Australia looked for a third. 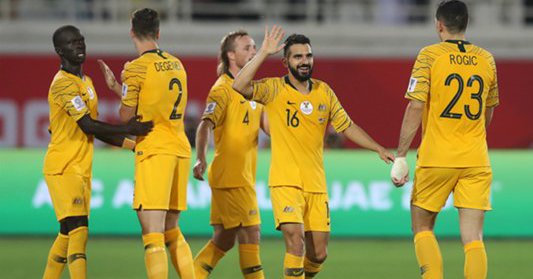 With time running out, Syria were awarded a penalty and this was converted to level the game. And with the game 3 minutes into the 4 minutes added on it looked like ending all square to everyone except the Celtic man, who sent the Australians wild with this winning goal…

‘Things might be a bit tighter, but we’re in a very strong position,’ Celtic coach

Scottish football? Where ‘striking an opponent with excessive force’ is not a problem

Yaya? ‘Over to You, Celtic FC’, Kolo? ‘He’s great with players,’ Rodgers

Boyata Latest, Ntcham’s away, if the price is right