You are at:Home»Latest»Tommy Docherty: Sad End to a Terrible Year as The Doc Passed Away

Sad end to a sad year as The Doc passes away…

Sad end to this most difficult of years on Hogmanay with the news that former Celtic wing-half Tommy Docherty had passed away at the age of 92.

Tommy’s long and varied managerial career is well documented, as is his spell as a player down south, particularly at Preston North End, where he reached Wembley for the 1954 FA Cup Final, however, his period at Celtic Park is perhaps less so. He would arrive at Parkhead as a 20-year-old directly from completing national service in July 1948, just one month after a certain Charles Patrick Tully had landed from Belfast Celtic ensuring that life in the east end of Glasgow would never quite be the same again. 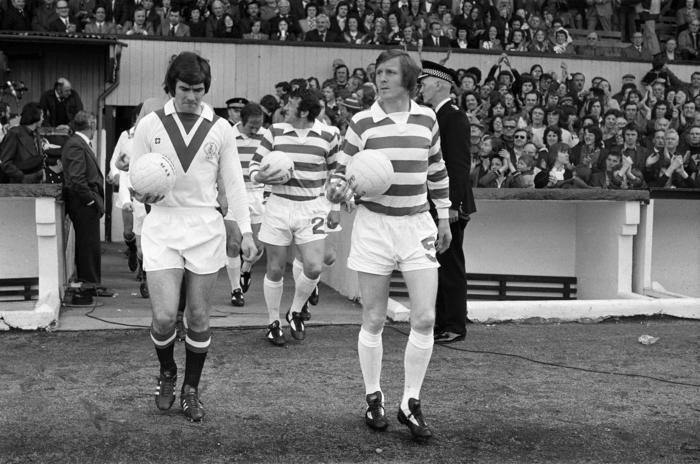 The previous season had seen Celts in a desperate fight against potential relegation for the one and only time in the club’s history. The final League fixture at Dens Park on Saturday, 17 April 1948 saw the Hoops sitting fifth from bottom of the 16-team table but capable of being overtaken by Morton, Queen of the South and Airdrieonians, thus joining Queen’s Park in the Second Division for the following campaign.

Trailing 2-1 to Dundee with a quarter of the match remaining, Jimmy McGrory’s men would escape the possibility of that fate thanks to the completion of a perfect hat-trick by Jock Weir, his third goal coming in the 88th minute. As it transpired, the win was not required, Airdrieonians gathering just a single point from their final three matches to join the Hampden amateurs in taking the drop, whilst Hibernian with their legendary Famous Five forward line lifted the Scottish title.

The fallout from that season would have bittersweet outcomes for the young Docherty at Celtic Park. Chairman Bob Kelly would recruit legendary coach Jimmy Hogan to introduce new techniques and methods to his players, including a focus on ballwork, which had produced wonderful results in his previous spells in Austria, Hungary and the Netherlands. Docherty later cited Hogan as one of the key influences in his career, however, one of Jimmy’s other suggestions had been to bring Bobby Evans back from his existing forward role to wing-half. Evans would never look back, whilst Docherty’s first-team prospects would now become much poorer. 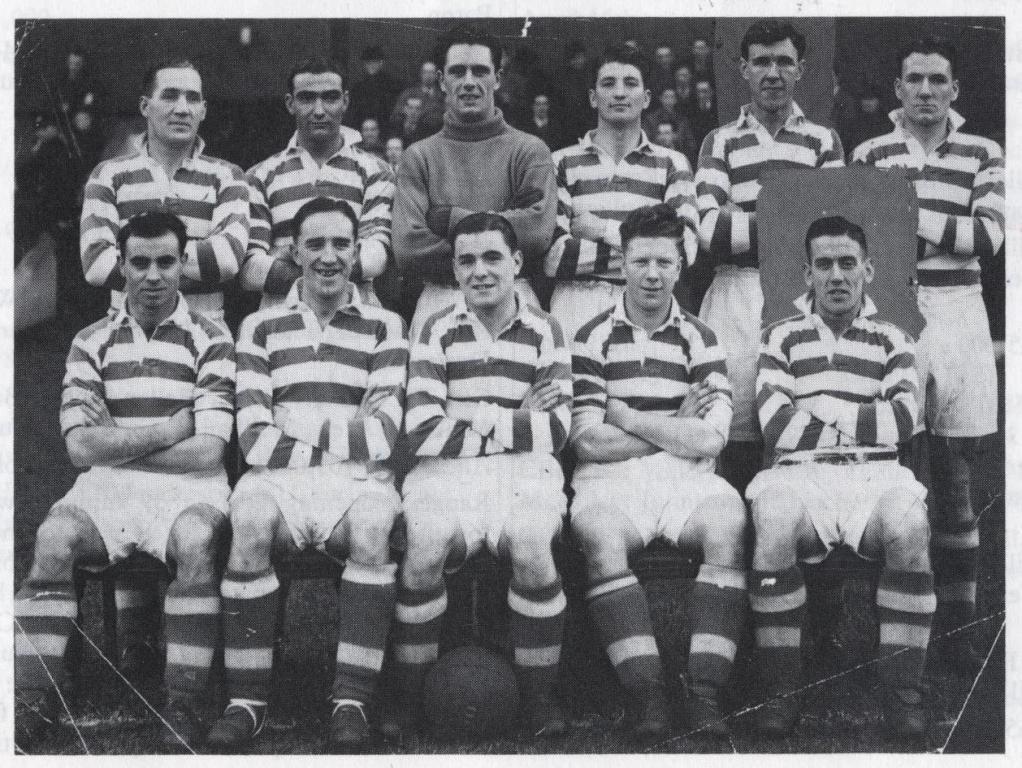 The new season would open with a goalless draw with Morton at Celtic Park on Saturday, 14 August 1948, a match which saw Charlie Tully and Alec Boden make their Hoops debuts whilst a young Neil Mochan did likewise for the Greenock side. Following a 1-0 midweek defeat at Pittodrie, Tommy Docherty would make his own first appearance for Celtic on the right-wing for the derby clash with Rangers three days later, up against Jock ‘Tiger’ Shaw, the Ibrox side scoring the only goal to spoil the afternoon for the young debutant.

A first international cap for Bobby Evans in Cardiff on Saturday, 23 October 1948 paved the way for a second Celtic first-team appearance for Tommy, against Dundee at Parkhead, this time in his preferred wing-half slot, the match finishing again in a disappointing 1-0 defeat. A fortnight later, Evans would be on Scottish League duty in Belfast, Docherty finally winning his first match as a Celt in the 4-0 victory over Clyde at Shawfield. He would next appear beside Bobby Evans at centre-half, replacing Alec Boden for the 4-4 draw with Falkirk at Celtic Park on Saturday, 27 November 1948. That would be his fourth and final game that calendar year.

Tommy’s next match would later be one for the record books. He would be listed at right-half for the home clash with Albion Rovers on Saturday, 15 January 1949. The opposition centre-half that afternoon was a young man who, like Docherty, would later manage his country. He is better known, though, as the manager of the greatest club side ever assembled in Scotland, Jock Stein of Celtic. Docherty would open the scoring, his first goal for his boyhood club, as Celts ran out 3-0 winners on the day.

He would also be on target in his next game, six weeks later, albeit his late strike could not prevent Celtic going down 3-2 to Scot Symon’s League Cup-holders East Fife at Bayview, Tommy playing at inside-right that late February afternoon. He would retain that position to score his third and final Celtic goal in the 1-1 draw with Falkirk at Brockville on Saturday, 12 March 1949. As an aside, Scot Symon would be the Preston North End manager at Wembley in that 1954 FA Cup final, as Tommy’s team lost 3-2 to West Bromwich Albion. 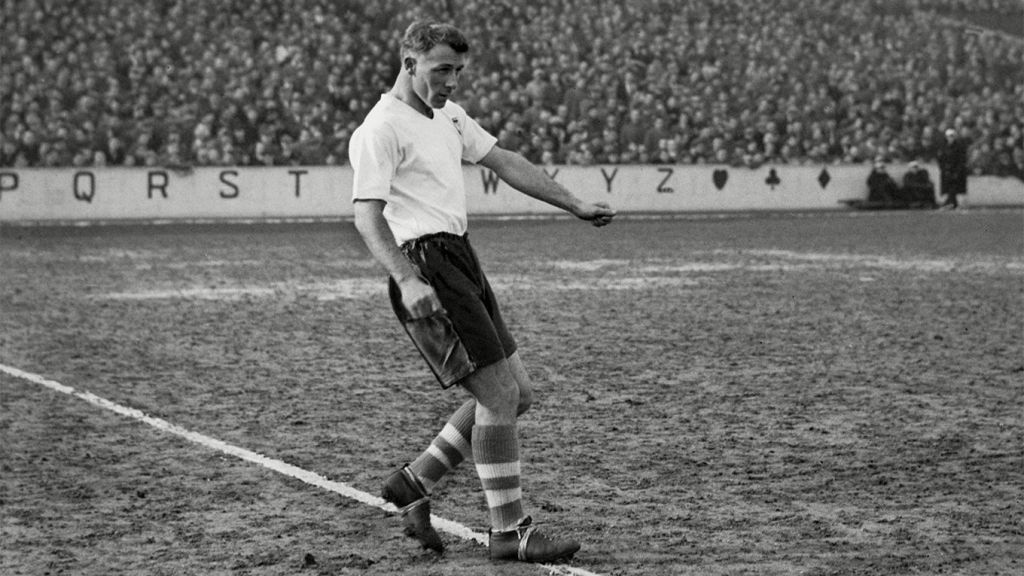 Tommy in action from Preston NE

Tommy’s last two appearances for the Bhoys would take place in the lead-up to his 21st birthday in April 1949, and they would both end in defeats. On Monday, 11 April 1949, almost one year after that critical relegation clash, Celts returned to Dens Park and this time were on the receiving end of a 3-2 scoreline. And five days later, a Charlie Tully goal was not enough to prevent a 2-1 home defeat by Third Lanark in Celtic’s penultimate game. Still they would do enough to hold off Thirds to secure a more respectable 6th place in the League table after the drama of the previous season.

The following month would see the arrival of another wing-half who would go on to achieve Celtic legend status, Bertie Peacock signing from Glentoran on 28 May 1949. With Evans, Pat McAuley and now Peacock ahead of him in the queue for the first-team position, perhaps the writing was on the wall for Tommy’s Celtic career. On Friday, 4 November 1949, a £5,000 fee was agreed to make Docherty a Preston North End player. He would go on to make over 300 appearances for the Lancashire club before joining Arsenal in 1958. After three seasons at Highbury, Tommy would then finish his playing career at Stamford Bridge, before taking over as the manager of Chelsea in February 1961. 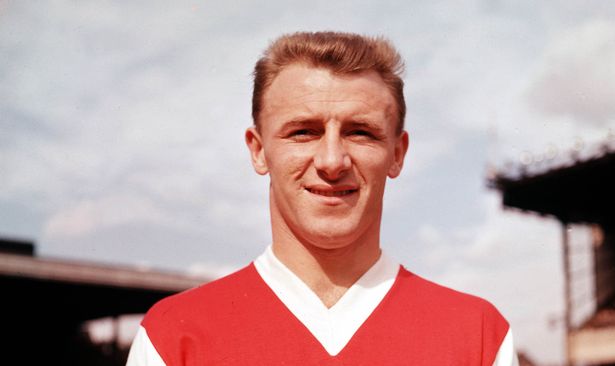 Tommy during his time at Arsenal

Sad to hear the news about The Doc. Great footballing man and really good company. Great patter and sense of humour. I thank him for giving me my first Scottish Cap. To Mary and all the family our sincere condolences. RIP Tommy Docherty.

His contact with Celtic would not end there. As Scotland manager in December 1971, he would give Kenny Dalglish his international debut against Belgium at Pittodrie. He would reinstate Billy McNeill to the Scotland defence the following spring at the age of 32 whilst also awarding a first cap to Lou Macari against Wales in that same Home International campaign. Perhaps ironically, having left the Scotland post for Old Trafford, he would then be the Manchester United manager who bought Macari from Celtic in January 1973.

One thing is for sure, it will be a long time before folk stop speaking about Tommy Docherty. 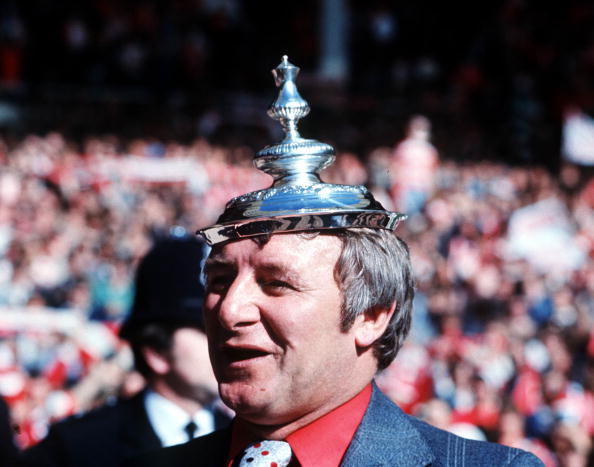 Lifting the FA Cup in 1977 as manager of Manchester Utd

Rest in peace, Tommy. One of our own.