IT’S TOP versus bottom in the Scottish Premiership this evening when Hearts are the visitors to Celtic Park. I remember being in the Jungle in the early 1980s – 1 April 1981 actually – and Celtic thrashed Hearts 6-0 with the Jungle signing “April Fools, April Fools, April Fools…Hearts I think were bottom of the league then too, oh and they stayed there and got relegated. 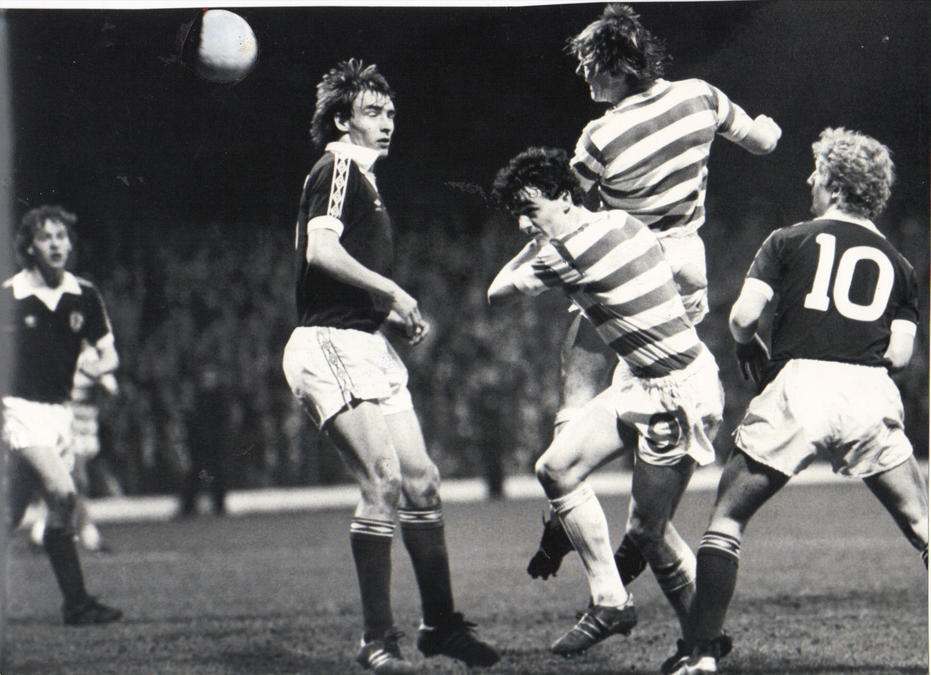 This was Celtic’s highest ever victory over Hearts until December 2013 when we beat them 7-0 at Tynecastle.

Celtic might not hit Hearts for six this evening (although it would be nice, Bhoys!) as that exciting Celtic team in 1981 did, or seven as the 2013 Hoops managed through at their place, but five would do nicely.

The Celtic team that April Fools night was

Let’s assume that the Celtic team this evening is 3-5-2 and looks like this., ie the same side that won so convincingly at Motherwell last Wednesday night.

And since there were only two subs in 1981 let’s include Christie and Rogic for tonight’s bench.

Your task is to email us your combined team from these two sets of Celtic teams from the class of 1981 and 2020 and – email us your choice of 13 names please!

Anyone else remember that game? Please Tell us about it. Email editor@thecelticstar.co.uk and we’ll do a feature on these this later this afternoon before heading to game. 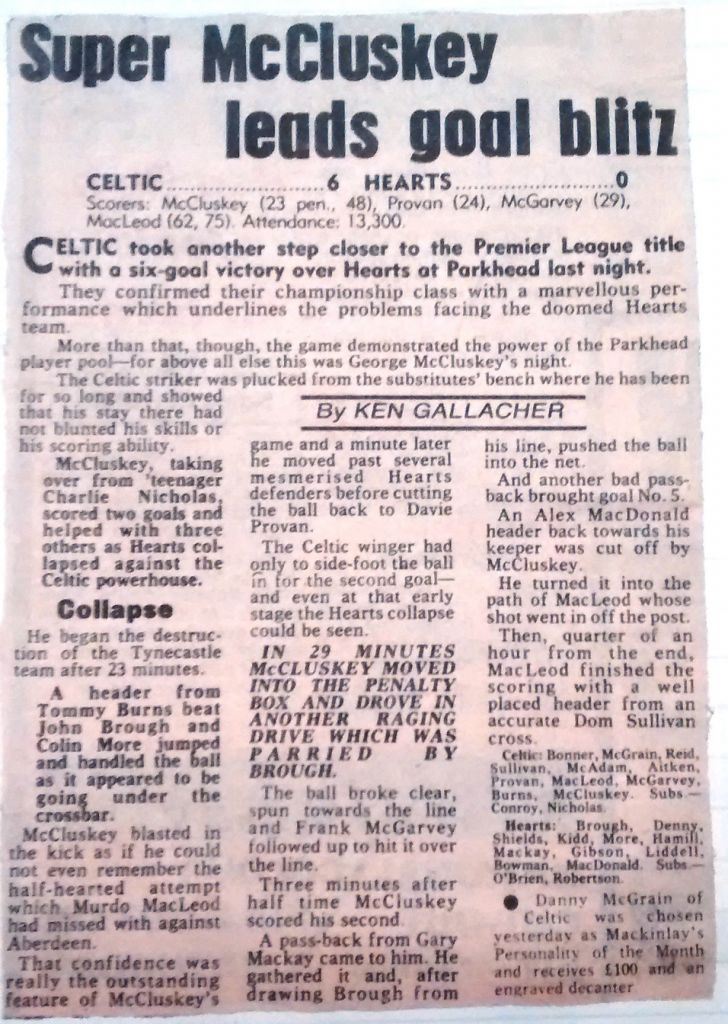