Tony Pullis has said that the next manager of Celtic holds the key to the progression of Liam Shaw. The 19-year-old starlet signed a pre-contract with Celtic earlier this year and will join the club in the summer but it won’t be Neil Lennon that greets him on day one of pre-season with the club legend leaving his role over two months ago. Pullis told The Athletic that whilst Shaw is capable to make his mark in Glasgow, a new manager is key to that as the youngster needs to play games to gain experience.

“The big thing with him, more than anything, is obviously experience and games.

“I personally think that for what they’re paying it’s a great signing for the football club.

“It’s just where Celtic go now, whether they’ll go and strengthen in that area with the new manager, and what that might mean for Shaw’s opportunities next season.

“But he’s a very, very good lad and he’ll work hard for those opportunities.” 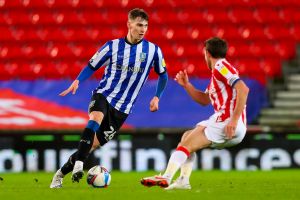 Eddie Howe is the favourite for the Celtic job, he has previous with developing and cultivating young talent with a long list of success stories passing through the ranks at Bournemouth under his tutelage. Despite Shaw signing while Lennon was the manager, Howe is surely an attractive prospect to work with as a young player.

Shaw referred to the deal with Celtic as ‘impossible to turn down’ and it will be interesting to see the promising youngster join the club in the summer. Whilst Howe is favourite for the job, the trail has gone cold and fans are becoming anxious about the lack of action regarding the next manager of the club.

Sheffield Wednesday were desperate to sign him on a new deal but the attraction to Celtic was clearly too much for the youngster. Glenn Loovens suggested that the player’s best position may be as a central defender, suggesting he will take a similar path as Kris Ajer, who arrived at Celtic as a midfielder and is comfortably the best defender at the club.