After a quiet spell, reported Celtic interest in new signings has been a bit like London buses – two have come along at once or then again maybe not.

Rubin Kazan winger Sead Haksabanovic had been the story gaining momentum in the last few days, with a medical apparently being undertaken in London according to some credible reports. Meanwhile, perhaps less certain, is Celtic’s apparent interest in Hajduk Split defensive midfielder Jani Atanasov.

Croatian media outlet Germanijak have linked the former Bursaspor man with Celtic – and this was followed up by Football Macedonia on social media – however, the latter doused those flames somewhat when admitting ‘the source isn’t the best’ when pressed for further details!

Scottish champions Celtic are interested in signing Jani Atanasov. Negotiations with Hajduk Split have started, and soon an official offer is expected. Manager Angelos Postecoglou is asking the management to bring in another quality midfielder.

Undeterred, SkySports Anthony Joseph, often a relatively sound source for transfer activity concerning Celtic, has confirmed the deal for Haksabanovic is close. Yet, as we have already pointed out this morning, this was on the back of earlier stating Celtic still faced competition from three clubs in the chase for the player.

And Joseph, adding his thoughts on the Atanasov deal, also claimed ‘SkySports understands’ Celtic are in the mix for Atanasov, but he did ad the caveat that ‘no formal talks have taken place at this stage’.

UPDATE: Celtic are tonight close to agreeing a deal with Rubin Kazan for winger Sead Haksabanovic.@SkySportsNews understands the Hoops are also interested in Hadjuk Split defensive midfielder Jani Atanasov – though, no formals talks have taken place at this stage. https://t.co/igC7j425wf

‘Celtic are tonight close to agreeing a deal with Rubin Kazan for winger Sead Haksabanovic @SkySportsNews – understands the Hoops are also interested in Hadjuk Split defensive midfielder Jani Atanasov – though, no formals talks have taken place at this stage.’

It seems the reporting around Sead Haksabanovic is the most robust at this stage, whilst any possibility of a deal for Atanasov seems altogether woollier. 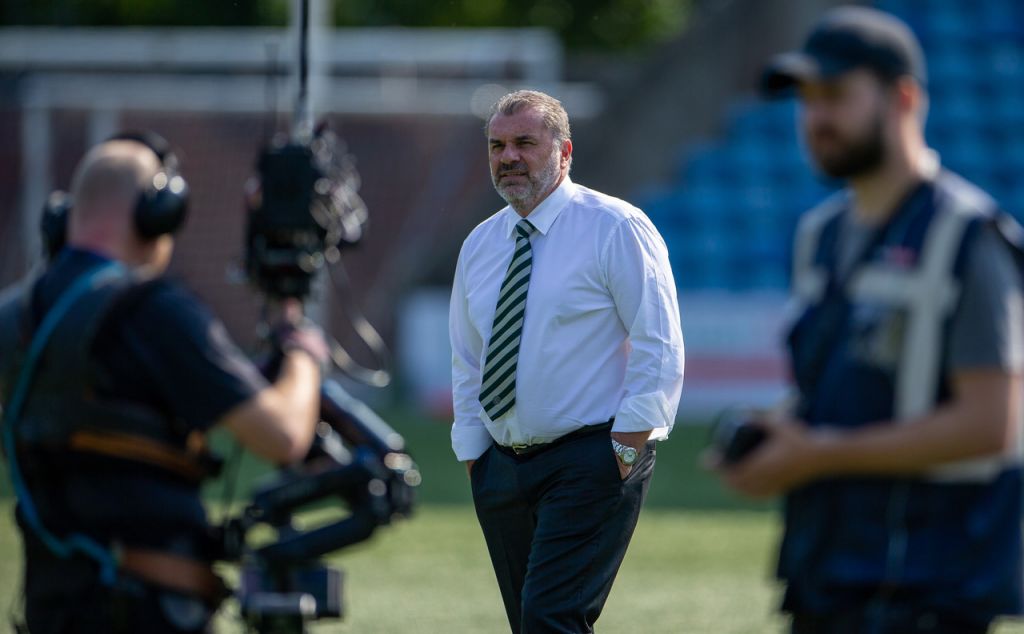 A move for a defensive midfielder does makes a lot of sense in theory, yet Ange Postecoglou’s claim that if two new signings were to arrive both would have to be able to play multiple positions, points more to the likelihood of the positionally versatile Haksbanovic joining up, whereby Atanasov, a central midfielder by trade and with no history of any positional deviation in his playing career to date, may not necessarily fit the bill.

All that said Celtic were keen to sign Brazilian midfielder Vinícius de Souza Costa before he chose Espanyol as his destination of choice for this season. As such, as much as the credibility of the links between Celtic and Jani Atanasov seem less certain than those linking the club with Sead Haksabanovic, it may still be worth keeping an eye on how this one progresses.

Mooymania – It’s down to our manager’s judgement rather than good fortune
Mooymania: “He’s been fantastic since he came to the club,” Callum McGregor
It’s Mooymania on the Unique Angle – “Aaron, Aaron Mooy…Aaron, Aaron Mooy”
Previous ArticleSky Sports backtrack on Haksabanovic situation then run with Atanasov link
Next Article “Pressing, decision making, the reaction to losing the ball, it was fantastic,” Fran Alonso