You are at:Home»Latest»Transfer Latest: Celtic interest in £3m Brazilian midfielder

Celtic are said to have made tentative moves in the transfer market ahead of the January window opening up. Today we are linked (via ge.globo.com) with Grêmio defensive-midfielder, Fernando Henrique. Henrique, just 20, has been left out of the Brazilian side’s starting XI since mid-September when they were defeated by Flamengo at the famous Maracanã.

It is said because of this lack of game time that the young Brazilian is looking to move on if possible, to help aid his development at a crucial stage in his career. As recently as last month, Grupo City and Al Ain from United Arab Emirates also made their interest known in the Grêmio player. The club were keen for discussions to continue after their season concluded, with a possible figure of $5 million touted as any future fee. This equates roughly to £3 million GBP. 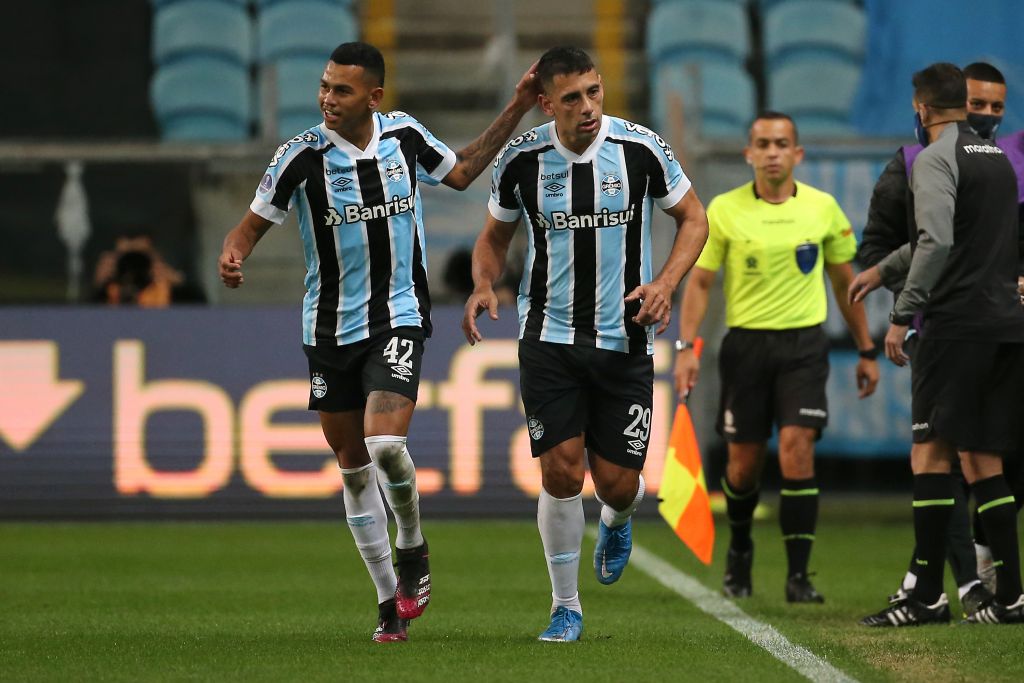 PORTO ALEGRE, BRAZIL – JULY 20: Diego Souza (R) of Gremio celebrates with teammate Fernando Henrique of Gremio after scoring the first goal of his team during a round of sixteen second leg match between Gremio and Liga Deportiva Universitaria as part of Copa CONMEBOL Sudamericana 2021 at Arena do Gremio on July 20, 2021 in Porto Alegre, Brazil. (Photo by Diego Vara – Pool/Getty Images)

Celtic, meanwhile have the player on a database amongst others they are looking at in possible squad improvements. However, the report does mention that a representative from Celtic has reached out to the players representatives regarding any possible move. The only downfall would be the player is part owned by a third-party, which can sometimes be more hassle than what it’s worth.

One things for sure, Ange seems to be casting his net far and wide for new recruits. Our new approach into untapped markets could be the way forward. Trying to find value for money is crucial for the club as we rebuild once again after an era of dominance.