You are at:Home»Latest»Transfer Latest: Daizen Maeda on the way, according to reports in Japan

According to Hochi.news, Daizen Maeda will sign for Celtic on an initial six-month loan deal with the option to purchase the player for 200 million yen, which equates to about €2 million EUR. The news comes after months of links between the Glasgow club and the Yokohama F. Marinos striker.

Maeda claimed the J-League gong for player of the season when the Japanese domestic season ended just a short time ago. The forward finished the year as joint top scorer for Ange Postecoglou’s former side, netting 23 goals overall during the course of the last calendar year in Japan.

The 24-year-old can play either left-wing or through the centre of a front three so will have an adaptability which will make him doubly valuable for Ange and his push for a first League title with the Hoops this year. 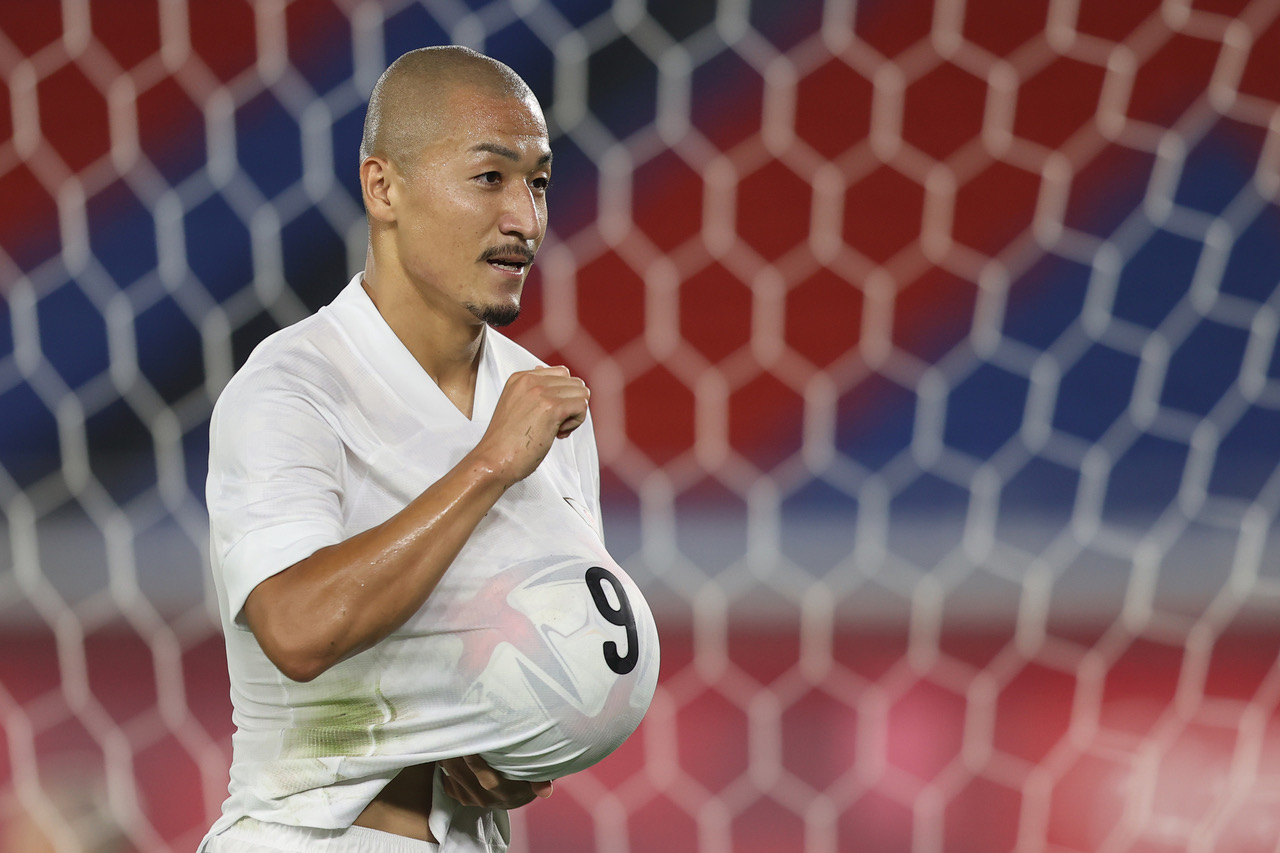 Daizen Maeda #9 of Team Japan celebrates after scoring their side’s fourth goal during the Men’s Group A match between France and Japan on day five of the Tokyo 2020 Olympic Games at International Stadium Yokohama on July 28, 2021 in Yokohama, Kanagawa, Japan. (Photo by Francois Nel/Getty Images)

Also capped for the Japanese national team, Maeda has been included in the squad for the upcoming World Cup qualifier in January and February of 2022. This may change however, with the government in Japan eager to prevent unnecessary travel from other countries, preferring to stick with a 22-man domestic group of players moving forward due to the pandemic.

It will be a welcome bonus that Maeda will sign and also be available for our hectic schedule in the New Year. Celtic will have games coming thick and fast and will need the January transfer window to help replenish a purged squad of stretched footballers.

Multiple Japanese outlets reporting in the last 30 minutes that Daizen Maeda is expected to join Celtic on loan with a €2m purchase option to be exercised this summer.

Based on variety of sources I’d say this is done.https://t.co/nlFDWAj45p

Celtic have reached an agreement with Yokohama F.M. to sign J League top scorer Daizen Maeda on an initial loan with the option to make the move permanent for £1.68M.

Separating this from Maeda thread: