Thirteen times capped Guinea-Bissau defensive midfielder Alfa Semedo is the latest deep lying playmaker to be linked with a move to Celtic, with Portuguese outlet A Bola dropping Celtic’s name into a list of potential suitors for the Vitoria de Guimaraes midfielder earlier this week – as we reported in The Celtic Star on Monday.

Now Portuguese media outlet Diário de Transferencias are indicating the player could be on his way to Celtic and have gone as far as to outline the terms of the deal, stating a loan deal with a mandatory option to buy at the end of the season has been included, with the agreement reported to be staggered at 2.5m Euros, with a further 1m Euros in future add-ons over the course of a three-year contract.

Semedo is a well-travelled lad for a player who will only turn 25 in August, having played 16 times for Benfica, scoring twice, three times in La Liga with Espanyol, as well as having two spells in the English Championship with Nottingham Forest – where he played 26 times, scoring twice – and Reading, where he amassed 40 appearances and found the net on two occasions, both on loan.

The player has also turned out in Portugal for Moreirense FC where he picked up three goals in 34 appearances and most recently for Vitoria de Guimaraes where Semedo has played 31 games.

Semedo is contracted to Guimaraes until 2026 but it may well be Celtic have persuaded his club to part with Semedo this summer.

Celtic have of course been linked with other options for a No.6 role in the Celtic squad, with the likes of Vinicius Souza being the most prominent of those linked lately, but also further connections made with both Kevin N’Doram and Mohammed Abu Fani.

That would certainly indicate a deep lying playmaker may well be a position the manager is keen to fill however, whether that player turns out to be Semedo is far too early to tell at this stage, even with this link from Portugal. 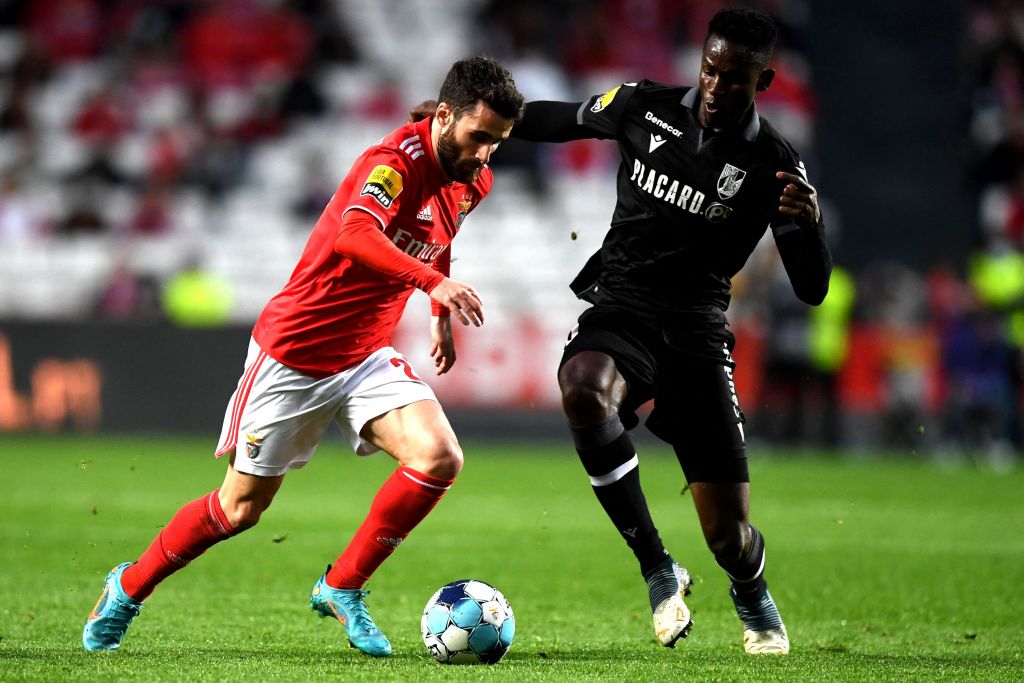 Although the player has picked up a great deal of experience across four European countries at this stage in his career, the fact he has moved around so much may also be considered a warning sign to Celtic. Furthermore, an obligation, rather than an option to buy the player, would also seem somewhat hasty for a player who appears not to have settled at any club for long. That though might just be a lost in translation thing with obligation to them meaning option as we understand it.

The last Guinea-Bissau player Celtic signed from Vitoria de Guimaraes was Amido Balde, hopefully if this one comes to fruition it works out a bit better than that deal!

A day I’ll never forget – today I got to meet Jota, Celtic’s superstar from Portugal
Michael Nicolson’s challenge that needs solutions found
A quick little left-back. He’s not going to defend like Danny McGrain, that’s not his game’
Previous ArticleTop of the World – 90min en Español Just Can’t Get Enough of Celtic song
Next Article £15m touted as the magic number for Celtic star as transfer looks unlikely