Reported Celtic target Christopher Scott has joined Royal Antwerp from Bayern Munich it has been revealed. A while back Celtic were linked with the offensive midfielder and when the season finished Scott was one of the names being bandied about in the tabloids and online, especially in Germnay and Africa.

However, it was not to be as it had been reported that Munich were prepared to trigger another year-long extension on the youngster’s contract.

Now the 20-year-old will ply his trade in the Belgian Jupiler Pro League with Antwerp, after various reports – including that of Dutch publication Voetbalkrant.com have stated he has left the Bundesliga side to be the creative spark for the Belgians.

“The deal between Antwerp, Bayern Munich and Christopher Scott is said to be close. He is already in Belgium today.

“According to various sources, Christopher Scott is in Belgium today to take his medical tests. If these are positive, immediately sign his contract with Antwerp . He still has a one-year contract with Bayern Munich. 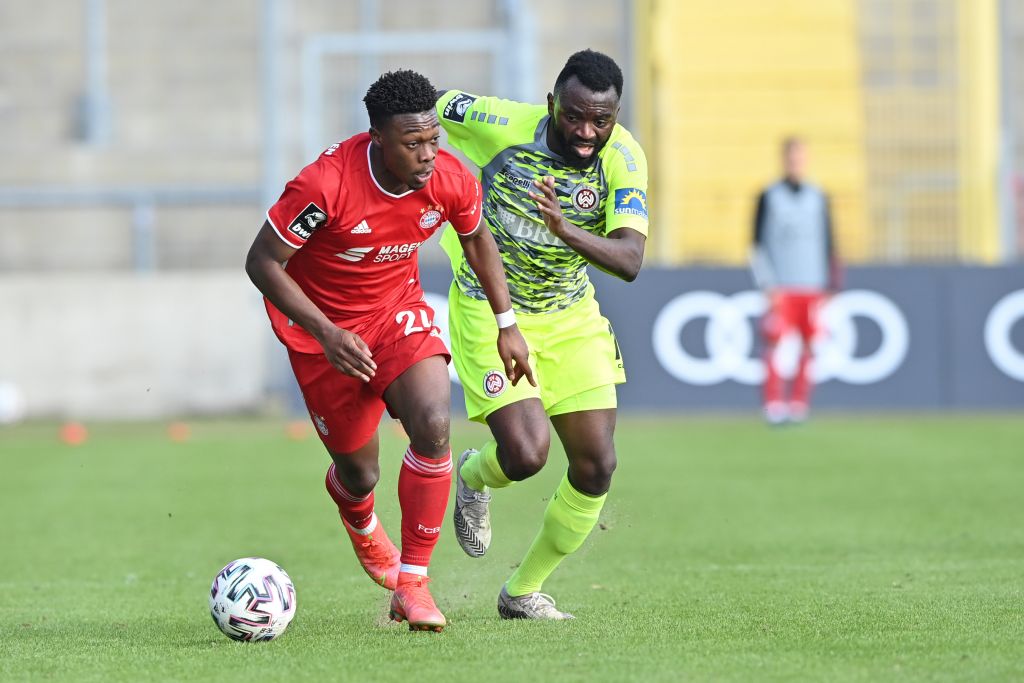 Paterson Chato of Wehen Wiesbaden and Christopher Scott of Bayern Muenchen II compete for the ball during the 3. Liga match between Bayern München II and SV Wehen Wiesbaden at Stadion an der Gruenwalder Straße on March 07, 2021. (Photo by Sebastian Widmann/Getty Images)

“The 20-year-old German talent would sign a four-year contract with Antwerp . He must become the new playmaker Antwerp has been looking for since the departure of Lior Refaelov.”

In truth, Scott was highly regarded at his parent club and there was plenty of interest in his talents. Dynamic and pacey, he sounded just the type of player that would have suited Ange Postecoglou and his ‘Angeball’ vision for Celtic FC. Tom Rogic occupied the position in behind the strikers and was fantastic when on form. The only thing was the lack of pace from the Aussie which somebody like Christopher Scott would certainly have given.

Unfortunately we will not be able to witness his ability in the flesh as he has flown the nest to elsewhere. I’m sure Ange will have someone in mind for the position that Tom has now left. Matt O’Riley has been cited as the replacement but that would mean we would be weaker going into next season with less options in that area of the pitch.

I’m sure big Ange will have something up his sleeve…

Previous Article“This is a big opportunity for me and I will be giving it my all every day,” Adam Montgomery
Next Article Christopher Jullien deletes cryptic social media update