Ewan Henderson, having been told his time at Celtic is over, is edging closer to a move across the M8 to sign for Hibs. Yesterday news broke that Henderson was one of the players Celtic were looking to offload after failing to make an impression on Ange Postecoglou’s first team plans. And with numerous new signings expects, three already signed, the manager is now looking at moving some of his fringe players on or sending others out on loan.

And it looks like former Celtic star Shaun Maloney, now manager at Hibs after leaving his coaching role alongside Roberto Martinez at the Belgium national team, is set to sign the 21 year-old midfielder from his old club on a three-and-a-half year contract. 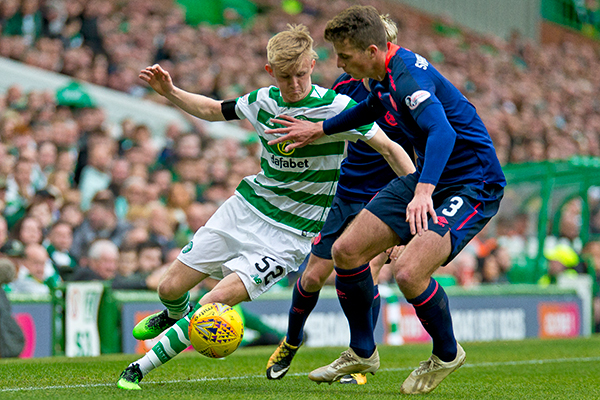 This morning Football Scotland reports that Henderson yesterday visited the Hibs training camp at East Mains to discuss the move that would tie him to Hibs under the end of the 2024-25 season.  Maloney had a spell coaching Celtic’s youngsters before taking up the offer to join his old boss Martinez at Belgium and during that time coaching at Celtic, Maloney worked with Henderson and clearly liked what he saw.

The deal look like being completed imminently and with Celtic having told the player that he can leave and will not be getting a new contract when his current deal ends in the summer, it is looking like this will be a free transfer.

Celtic target Vinicius Souza “will make decision soon”
Nir Bitton praises ‘biggest club in Scotland’ as new club announced
Reported Celtic target set to seal €4.5m Gladbach move
Previous ArticleIf Hannes is hungry there’s a lot to like about the Wolf
Next Article Fabregas to Celtic is fanciful but the balance of the backline is a constructive criticism