You are at:Home»Latest»‘Tremendous’ Lenny, ‘came in at a difficult time’ and has ‘done really well,’ Forrest

JAMES FORREST, Scotland’s Player of the Year, has admitted that him and his team-mates would be pleased if Neil Lennon gets the Celtic job on a permanent basis after Saturday’s Scottish Cup Final is out of the way.

Last night Forrest picked up his latest award, this time the Scottish Football Writers Association Player of the Year, and was interviewed by BBC Sports, who asked him about his feeling regarding Neil Lennon getting the Celtic job.

“Obviously there is one big game left so that’s the main focus,” Jamesy said. “For the manager, the staff, the players, and the fans – I think everyone wants one big push before they name the manager, and then obviously we take it from there.”

However Forrest was very clear on where his own feelings towards Neil Lennon lie.

“I think he has done tremendously,” The Celtic Star’s Player of the Year said. “He came in at a difficult time and he’s come in and done really well.

“I think if you speak to any of the boys they’ll say exactly the same. If he gets the job then we will be looking forward to working with him.”

Forrest also gave his backing to Steve Clarke for the Scotland job and the former Kilmarnock manager was confirmed as the successor to Alex McLeish by the Scottish FA this afternoon.

Clarke will be looking to Forrest and some of his Celtic teammates to form the core of his side. With a must win home match against Cyprus and a difficult away trip to Belgium – likely to feature former Celt Dedryck Boyata – next month. 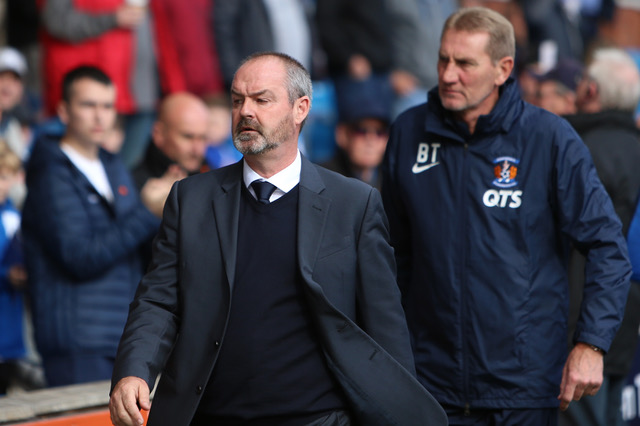 Clarke was an early suggestion for the Celtic job but having applied unsuccessfully for the Parkhead vacancy in 2014 he wasn’t really that interested in going for it again.

And both Neil Lennon and Steven Gerrard have welcomed Clarke’s appointment as the national team boss.