You are at:Home»Latest»Two agencies look to battle it out for Barkas signature as Greek goalie looks for exit

Two different agencies are battling it out for Vasilis Barkas. The goalkeeper has been out of the picture this season since the arrival of Joe Hart. The English goalkeeper has become the No.1 with Scott Bain deputising. Giannis Chorianopoulos, the Greek journalist and Editor in Chief at Sportime newspaper, took to Twitter to update on the 27-year-old Celtic goalkeeper saying that agents were looking to approach the goalie, with a view to finding him a transfer in the future.

Two different agencies have plans to approach Celtic’s Vasilis Barkas. To sign with one of them for his representation @CelticFC #Barkas #CelticFC #Celtic

The Celtic goalkeeper was ousted from the team on multiple occasions last season since joining from AEK Athens in a £5m deal last summer. However, under Neil Lennon it was clear that he had failed to settle and as a result struggled behind a makeshift defence, resulting in the Greek goalie being made a scapegoat for the poor results. 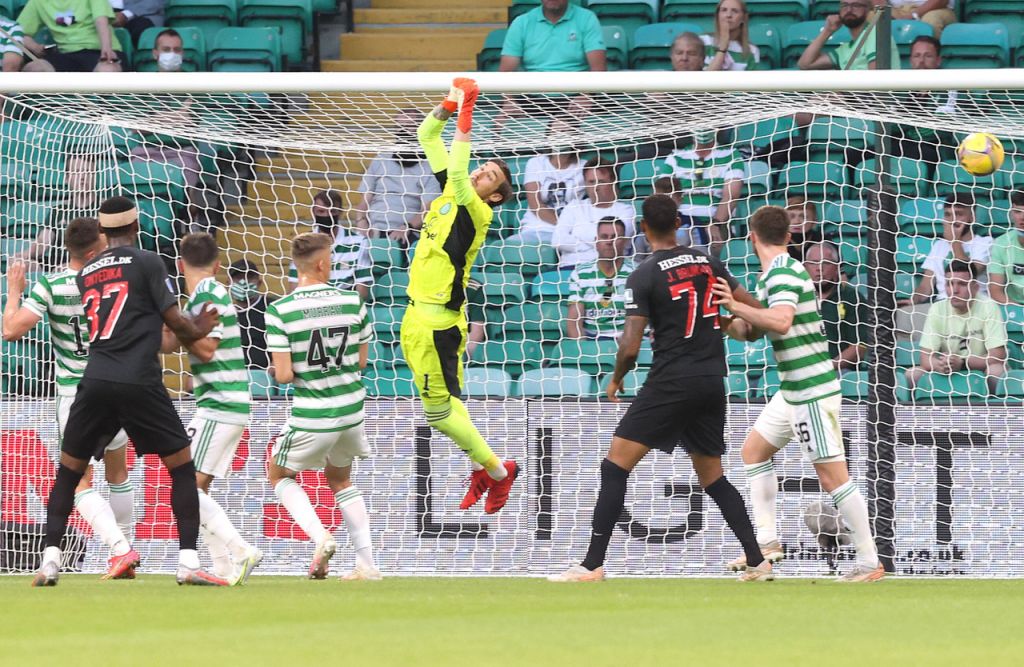 This season though, Barkas appeared to become the No.1 under new boss Ange Postecoglou. The clanger against Midtjylland and then a number of mistakes in the defeat to West Ham resulted in Scott Bain taking the gloves for The Champions League exit in Denmark.

Now, with Joe Hart between the sticks for Postecoglou, Barkas will need to seek a loan move elsewhere if he is to achieve a call-up to the Greek National Team. It was expected that the goalie would leave the club in a loan deal but the window closed before anything could be agreed for the goalie.