Charlie Mulgrew and Daniel Majstorovic were two very rock-solid centre halves under Neil Lennon at the turn of the last decade, but they weren’t solid enough to win Celtic the title in the 2010-11 season. Signed from Aberdeen and AEK Athens respectively, the two couldn’t quite get the title over the line as Rangers clinched it on the last day to earn “number 54”. However, it wasn’t long before their old friend administration caught up with them, reverting theRangers to the current club that they are today and setting that number back to 0. 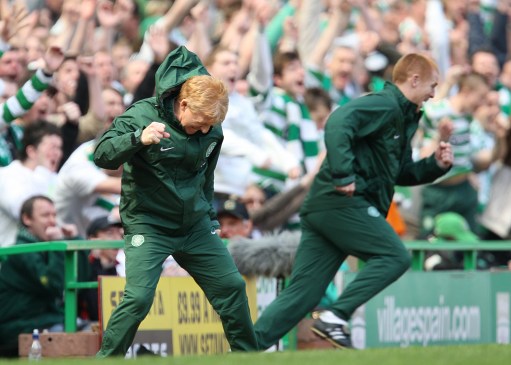 Sol Campbell may have changed part of that story, however.

The former Arsenal and England defender, who won two Premier Leagues, four FA Cups and a League cup, claims he almost moved to Celtic in 2010 under Neil Lennon before turning the move down in favour of a transfer to Newcastle United.

I was close to Celtic, but for whatever reason that didn’t happen and obviously Newcastle came in

The defender, 36 at the time, would have been a mainstay in the heart of Neil Lennon’s back line had he joined; however, the Magpies offered him better terms and so he moved to Tyneside after Arsenal failed to offer him respectable terms.

Speaking to talkSPORT, Campbell gave the lowdown on his failed transfer to Paradise.

“I looked at Celtic once Arsene Wenger was focussed on getting Laurent Koscielny and Sebastian Squillaci over the line. I was close to Celtic, but for whatever reason that didn’t happen and obviously Newcastle came in, Chris Hughton was there, I knew the guys and it was fantastic.”

🙌 “I looked at Celtic, but that didn’t happen. #NUFC came in, Chris a Hughton was there, it was fantastic.”

Sol Campbell explains why Arsene Wenger let him leave the club in 2010 pic.twitter.com/HzfGvar5GX

Who knows the talent Sol could have produced had he moved to Celtic? He more than likely would’ve played more than the 7 games he managed at Newcastle before retirement. All in hindsight, eh…

Previous Article“Charlie Gallagher? What a Player!” – Happy days, for Celtic as summer 1965 gave way to autumn
Next Article Celtic progressing with pursuit of Aurelio Buta, according to report