You are at:Home»Latest»UEFA action on Fascist Salutes after Lazio lose appeal, Celtic’s Action All Areas

CELTIC TV have released the latest Access All Areas video from last Thursday’s 1-1 draw away to Rennes. Quite how Ryan Christie wasn’t given a penalty remains a complete and utter mystery and this video has a great close up of the incident.

Another thing to notice is the amount of Hoops tops dotted around the Roazhon stadium, other than of course in the away section. We really do have a support to be proud of.

Rennes, as we mentioned elsewhere, missed the chance to go top of Ligue 1 yesterday when they were held to a 1-1 draw at home to Lille in the early kick-off. A win would have taken them to the top of the table at least until PSG played at Moussa Dembele’s Lyon. The Paris club won 1-0 incidentally.

Meanwhile Lazio have been hit by a partial stadium closure when the play Rennes in the next round, on the night Celtic welcome back Cluj to Paradise.

UEFA’s action comes after Lazio Ultra fans made Fascist salutes in a match against Sevilla last season in the Europa League first knock-out round. Lazio had appealed the UEFA decision but this has now failed and the Italian club has today confirmed that the south east section of their vast Olympic stadium will be closed for the visit of Rennes. It’s hardly likely to be a sell-out so the punishment won’t hurt as much as perhaps the Rangers suffered when their 3000 empty seats were all sold in advance to their support before UEFA forced the partial closure due to racist and sectarian chants. 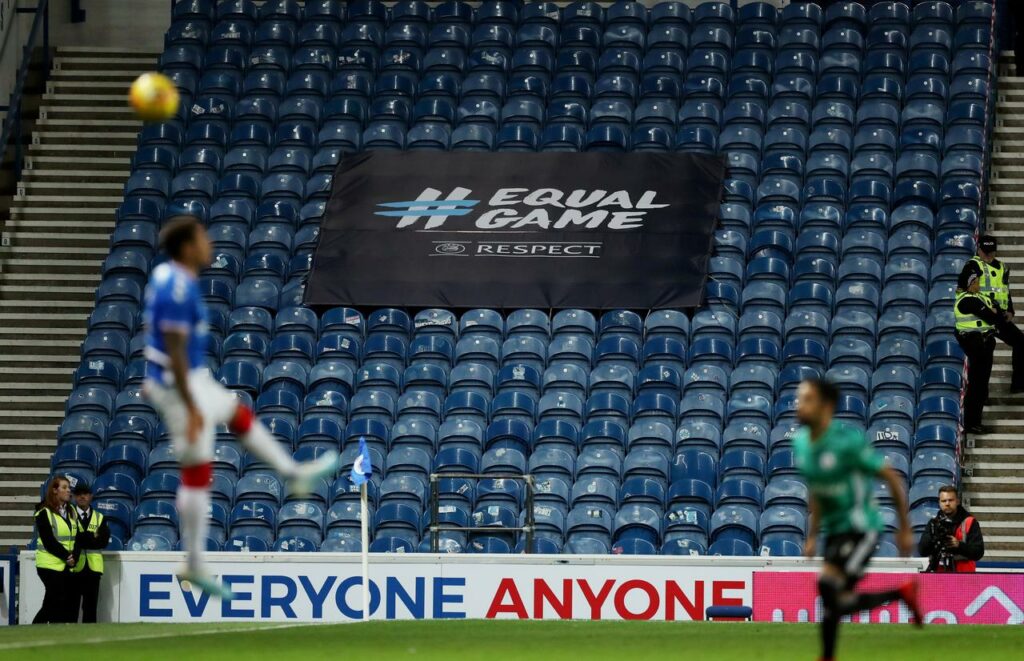 So Lazio will have to display UEFA’s Equal Game – Respect banners that we’ve become familiar with watching the Rangers play at home in the Europa League, after UEFA took similar action against the Ibrox club.

Lazio after playing Rennes will face Celtic in a double header as they try to get themselves back into contention after their shock defeat in Romania last Thursday. They also lost yesterday with their manager describing his side as chickens. 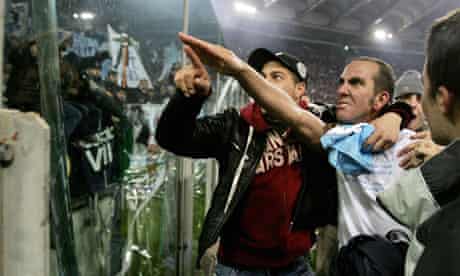 Fascists Have no place in Paradise

Former Celtic player Paulo di Canio famously made a fascist salute to the Lazio ultras back in 2005, so this seems to be a long term problem that UEFA are doing well to tackle. They are 100% correct, there should be no place for racists, bigots, of fascists in football. Cut it out.

Previous ArticleBauer ‘world class’? – ‘Give him a chance before he becomes the new Danny McGrain,’ David Potter
Next Article Me and My Big Mouth – McCall rates Morelos and Defoe ahead of Edouard, now he’s Thistle’s boss…