After curiously being absent for the 10-0 bank holiday weekend thrashing of Forfar Farmington last week, Gerry McCulloch and his team from Celtic TV were at the Penny Cars Stadium in Airdrie yesterday afternoon to capture some of the highlights for a very busy Unique Angle video as well as some of the post match celebrations as Celtic reached the Champions League for the 55th time ever. That’s how it works right?

Fran Alonso is the high quality, charismatic coach, who has his team playing dominant, attacking football, it’s structured, organised, the team defends well and the goals are coming from all over the park. 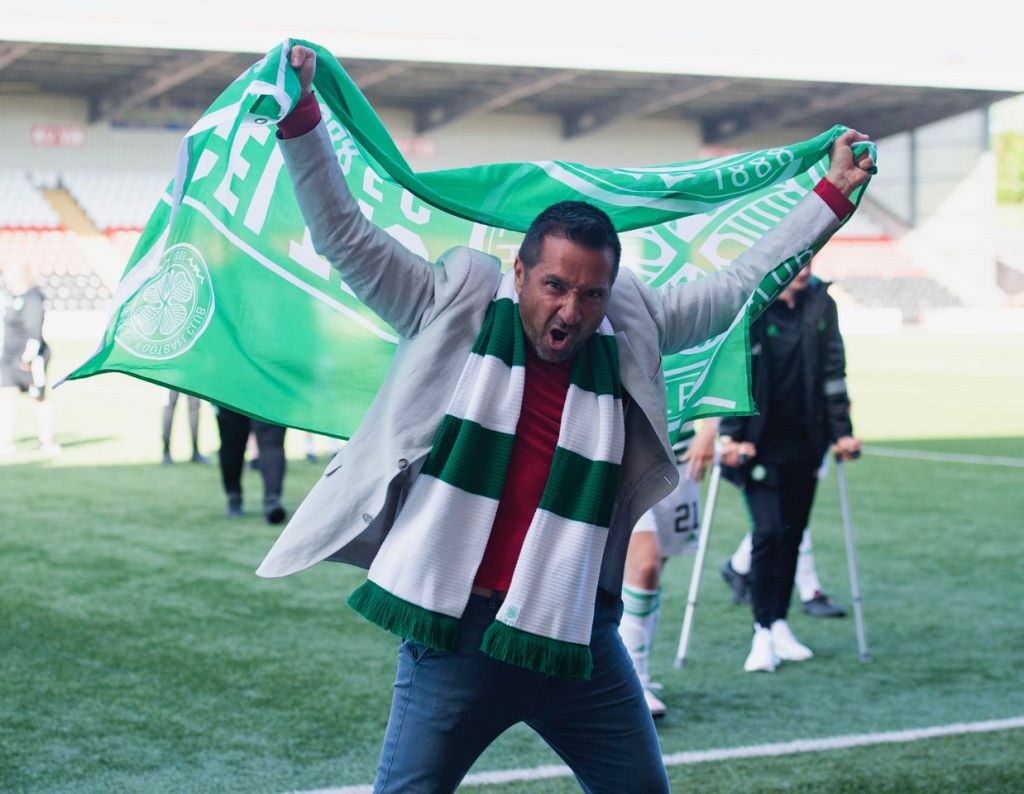 When you watch this Unique Angle video notice the cheering when the goals go in. The friends and family of the players were at one side of the main stand (where Celtic were shooting in the first half) and the fans media, including myself, were at the other side of the main stand – and certainly added to the atmosphere cheering on the team, as you’ll hear.

I’d take the way Alonso has his Celtic FC Women’s side set up and playing for the men’s team and if we are at the stage where we are looking at EBT Tax Cheat Kevin Muscat for a coaching role – that CANNOT be allowed to happen, for heaven’s sake Celtic! – then why not look at Alonso?