Anyone who watched Channel 4 Chief correspondent’s Alex Thomson’s report last night couldn’t fail to have been moved by the contents of it.

New evidence was produced of the systematic trafficking of young would be footballers hoodwinked into believing they were being in some way fast-tracked into the world of professional football by coaches they trusted. The reality was they were being manipulated for the perverted ends of a paedophile ring.

The report confirmed the abuse uncovered took place over a period of three decades, the 1970’s 80’s and 90’s.

What was particularly surprising and ultimately shocking about the report was the collaboration that took place, culminating in the cross border trafficking of these young men from Scotland to England and in to the hands of some of the now known to be serious paedophile predators.

Here is the Channel 4 Report by Alex Thomson for those who missed it last night.

I won’t name these men as to give them that oxygen is something they crave. It’s a badge of honour amongst their kind to brag about once caught. It’s enough to know some are currently in prison and some may never see the light of day again given the length of sentences handed to them.

Malcom Rodger, the bold survivor of historic child abuse who was featured in Alex Thomson’s report into the subject yesterday evening also spoke to The Celtic Star in just as open and courageous terms as he faced the channel 4 questioning on last night’s programme. What was clear was Malcolm was willing to talk so his story could be heard and that this sort of systematic and seemingly unchecked abuse is not allowed to happen again.

From the conclusion to last night’s opening report it would appear the next part will predominately deal with Celtic. It is likely to make for uncomfortable viewing.

Given the subject matter however we all welcome any legitimate evidence Channel 4 may have reaching the public domain. Those who were abused certainly deserve that. They also are entitled to a fair and balanced report to include all other parties and clubs involved in Scottish football. This would remove any chance of serious allegations being polarised and avoid the issue being about just one club. As was alluded to in the initial report last night that approach would fully deal with the evidence raised across the spectrum of Scottish football as a whole. 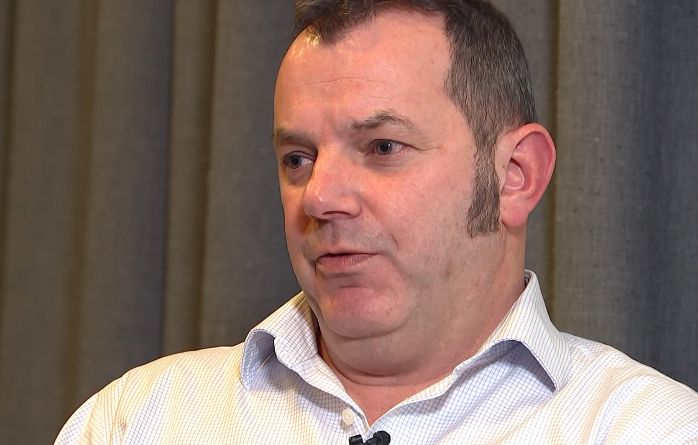 Speaking to The Celtic Star, Malcolm was open and honest about the press coverage he has witnessed:

“Whatever is said this week in the press and on TV please don’t forget that the SFA are the true problem here.

“For the last 2 years they have sat back and let the red top media attack Celtic, Celtic boys club (affiliated or not) and Rangers as wel as other clubs. It has been easy press for the hack journalists with a quote here and there and a huge headline with a photo of the abuser.

“There has never been a situation at Celtic or Rangers where the abuse took place after the player signed a pro-contract,” Malcolm pointed out.

“The abuse all took place when we were kids – this falls straight at the heart of the SFA responsibilities and always has done.

Tonight Thomson will speak to a representative from the SFA who will attempt to pass the blame onto Celtic – despite Malcolm being clear that hew was failed by the SFA. Here’s Thomson’s latest promotional tweet. To be clear it is not The Celtic Star, or the Celtic support, or Celtic FC pointing the finger at the SFA, it is Malcolm Rodger.

SFA child abuse investigator tells @Channel4News "every senior club – whose community-based club shared their values, their name, their brand…has a responsibility to the survivors of abuse. Yes. That is a moral obligation that is inescapable and it applies to every club…” pic.twitter.com/u3C3AVhG2T

It is clear from Malcolm’s own words where he sees the responsibilities lie but it certainly shouldn’t mean Celtic don’t take their own responsibilities seriously. This was covered respectfully in the statement released yesterday by the club prior to the airing of the channel 4 report.

Malcolm also covered the part supporters have played in trivialising the subject matter down to point scoring rivalry in the stands and he had very forthright views on that subject too:

“I have been monitoring from the shadows the countless articles in the Scottish press over the last 2 years on non-recent sex abuse in Scottish Football,” Malcolm explained.

“Unfortunately for both sides of Glasgow and other clubs in Scotland the real story has been missed every time by the press.

“I am aware I am in the minority of football fans; that love the work-day banter between both sides of Glasgow but draw the line when idiots from both sides take to social media and try to redirect the issue of sex abuse into something else and hatred for the other side.

“These people are clowns and should be banned from any sport,” Malcolm stated.

“What happens on the terraces today and what happened in changing rooms 35 years ago are NOT connected.

Interesting then that the Scottish Professional Football League has undertaken an initiative regarding what they deem as unacceptable conduct from football amongst supporters. When Celtic played Aberdeen at Pittodrie earlier this month, before the game the Aberdeen FC stadium announcer read out the following statement:

“The Scottish Professional Football League has instigated an initiative on UNACCEPTABLE CONDUCT. This initiative makes it the responsibility of the club regarding the conduct of their supporters at both home and away games.

“The list of offences is extensive but includes disorderly conduct, damage to the fabric of a stadium, using threatening or abusive words towards any group or gender. Colour or race, nationality, ethnic origin or sexual orientation. Transgender identity or disability.

“Also included are chants or songs of a racist, sectarian or of a grossly offensive nature and using words, conduct or displaying any writing or other thing which indicates support for, or affiliation to, or celebration of, or opposition to an organisation proscribed in terms of the Terrorism Act 2000’.

“There is no list of banned songs or chants but the Match Commander, SPFL Delegate, referee or the opposition club may report any of the above.

“Sanctions against the club can mean an official warning, a fine, ordering the game to be replayed or as a last resort the loss of points. We would ask fans to be mindful of this initiative as the club will take strong action against any supporter who brings the club into disrepute including a total ban from Pittodrie Stadium. 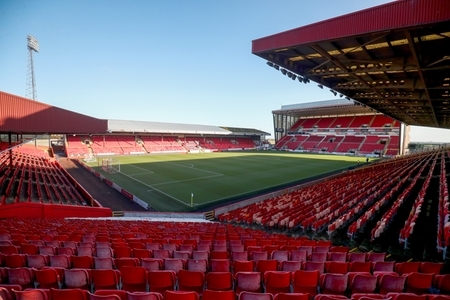 The Celtic Star touched on this Unacceptable Conduct Statement in an article earlier this week.

Following last night’s Channel 4 approach and now having heard the brave response from Malcolm Rodger it is surely worth now reiterating the need for an addition to be made to that statement. This would be the perfect opportunity to ensure football fans are made aware of their own responsibilities when it comes to chanting about child or sexual abuse.

The Celtic Star has offered the SPFL any assistance required in amending their Unacceptable Conduct Statement and has taken up the matter with both Celtic FC and the Celtic Trust – both are apparently interested in taking this further.

This website has made it clear we would like their statement to specifically mention chanting about child or sexual abuse, amending their official policy statement to as follows:

“……and/or abusive language, including allegations, statements or chants relating to child or sexual abuse, racial, sectarian…”

As we have stated in the previous article the clubs themselves of course would have to agree to this, though given last night’s report in particular it would surely be unlikely any would have any grounds to ignore such request far be it object to it.

As such The Celtic Star is contacting all the clubs in the Scottish Premiership to see if they will support this amendment to the SPFL’s Unacceptable Conduct Statement and will of course keep you updated regarding each club’s response.

It would be a fitting amendment to the SPFL’s statement and ensure football supporters like Malcolm Rodger could attend games safe in the knowledge that the sort of despicable chanting and singing around the subject of abuse would be dealt with in the strongest terms by those policing and stewarding these events.

Previous ArticleThe Celtic Star of the Decade – 1888-1899, Sandy ‘The Duke’ McMahon
Next Article A Frightening Reality – Boys have been abused by trusted coaches at every level of football in Scotland