You are at:Home»Latest»Victoria Principal, the Celtic legend with a wee thing for the Dallas star

WHO remembers, and used to love it when Shoot Magazine used to feature Celtic stars in their Super Focus feature?

Here are four examples that are available on the excellent Celtic Wiki. If you look closely enough there are some great little snippets of great interest to Celtic Supporters, even after all these years.

In September 1981 Shoot had Tommy Burns in Super Focus. Tommy listed Celtic Reserves as his other favourite team and Danny McGrain as the sports person he admired most. His Best Ever All Time XI was of course, the Lisbon Lions.

Tommy seemed to have a wee thing for Dallas actress Victoria Principal but it was 1981 and if you are old enough to remember, we all did!

Here’s Tommy’s feature in Shoot Magazine, with some more to follow! 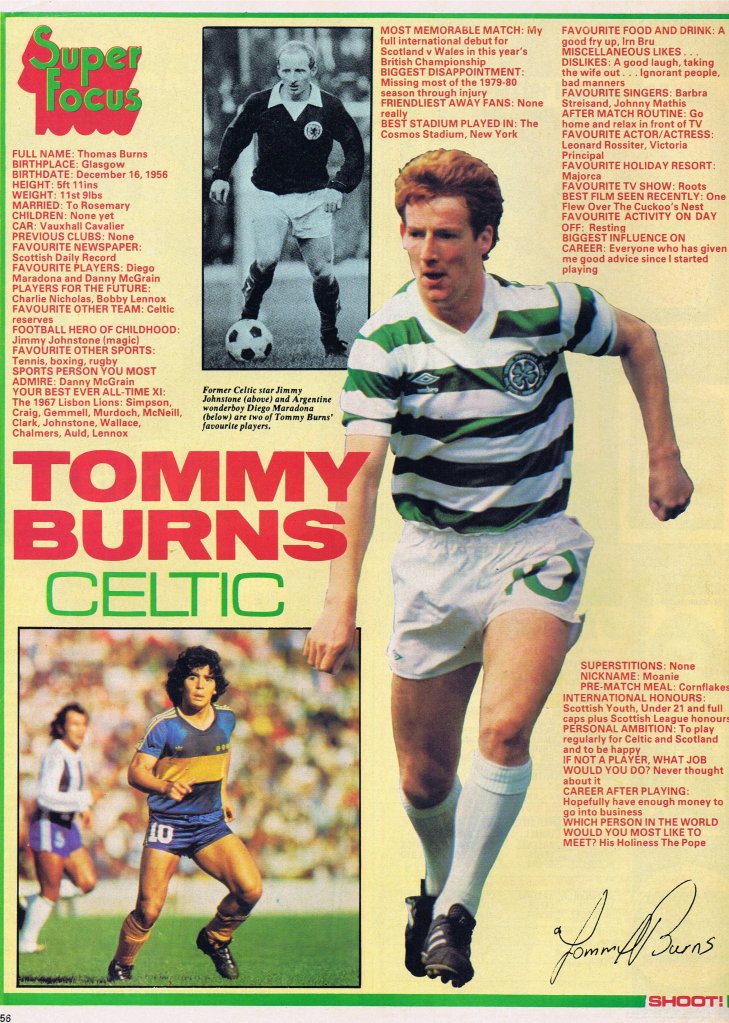