You are at:Home»Latest»Video – ‘A Lot Of Hugs For All Celts’, Albanian President

The President of Albania, Ilir Meta, has been a Celtic fan ever since Rudi Vata signed for the club in the 1990s. He has already expressed his desire to visit Celtic Park this year, and was spotted with Celtic fans ahead of the Champions League qualifier against FK Sarajevo in July. 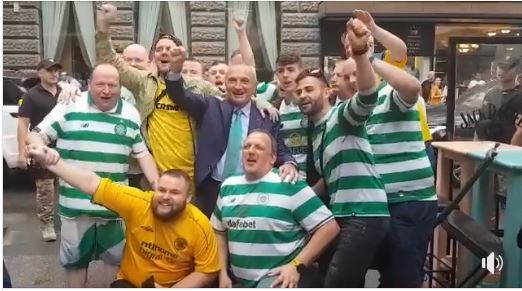 The President also claimed, in an interview with The Scottish Sun, that he signs off text messages with ‘Hail Hail’. Unsurprisingly, Meta watches every Celtic game on TV and often tweets his delight as Celtic score or win. Today was no different, as the Albanian public figure gave his thoughts at the full time whistle with the following tweet, which includes a video of Ajer’s winning goal:

GREAT SUNDAY! 13 POINTS AHEAD!
What a magical win! Without words! Extremely happy! A lot of hugs for all celts!
Hail Hail! 🍀🍀#CelticFC💚 #ABECEL #SPFL pic.twitter.com/bN3TdvLsHM 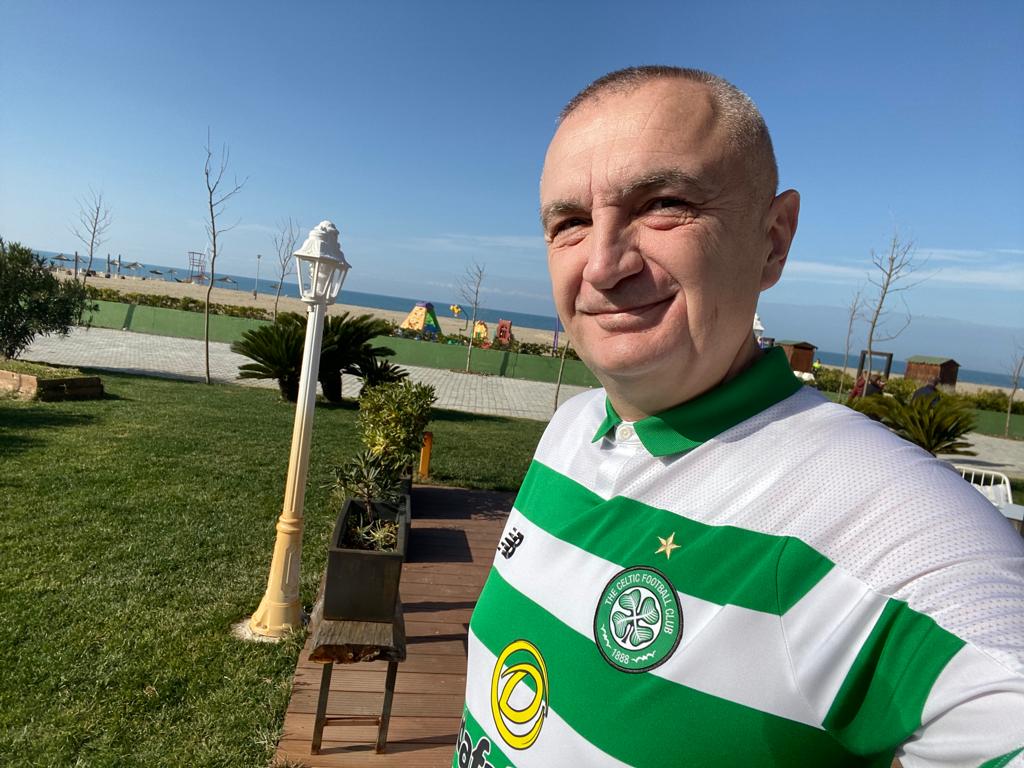 The Albanian President poses in this season’s Celtic shirt