You are at:Home»Latest»Ange Postecoglou discusses Giakoumakis and Barkas on Greek Television Interview

Ange Postecoglou, as you would expect, is pretty fluent in his mother tongue, even though he left Greece at a very young age to head to Australia with his family.

The Celtic manager was last night interviewed on Greek television and courtesy of leading sports journalist Giannis Chorianopoulos, the Editor in Chief at Sportime newspaper and at Sportime.gr we’ve some feedback in what he’s been saying. Giannis you may recall was the journalist who kept the Celtic Support updated on the Barkas transfer from AEK Athens to Celtic the summer before last.

Giannis Chorianopoulos today gave this update:  Ange Postecoglou at Greek TV Network Novasports: “I came to Celtic to win trophies. I want to build a team to win trophies We all know club’s history. I had Kenny Dalglish poster in my room.”

Postecoglou about Giakoumakis: “I believe in him. He had a great season with Venlo. He came after preparation and he was a bit unlucky. Celtic is a great opportunity for his career. You saw what happened with Samaras.”

When it comes to Ange Postecoglou being interviewed in his home country, well it’s all Greek to me. However, for two of Celtic’s Greek imports the differing message should be picked up loud and clear.

Speaking to Nova Sports Monday Night Football Club, Ange appeared in relaxed mood and was happy to discuss the futures of players at both ends of the pitch. 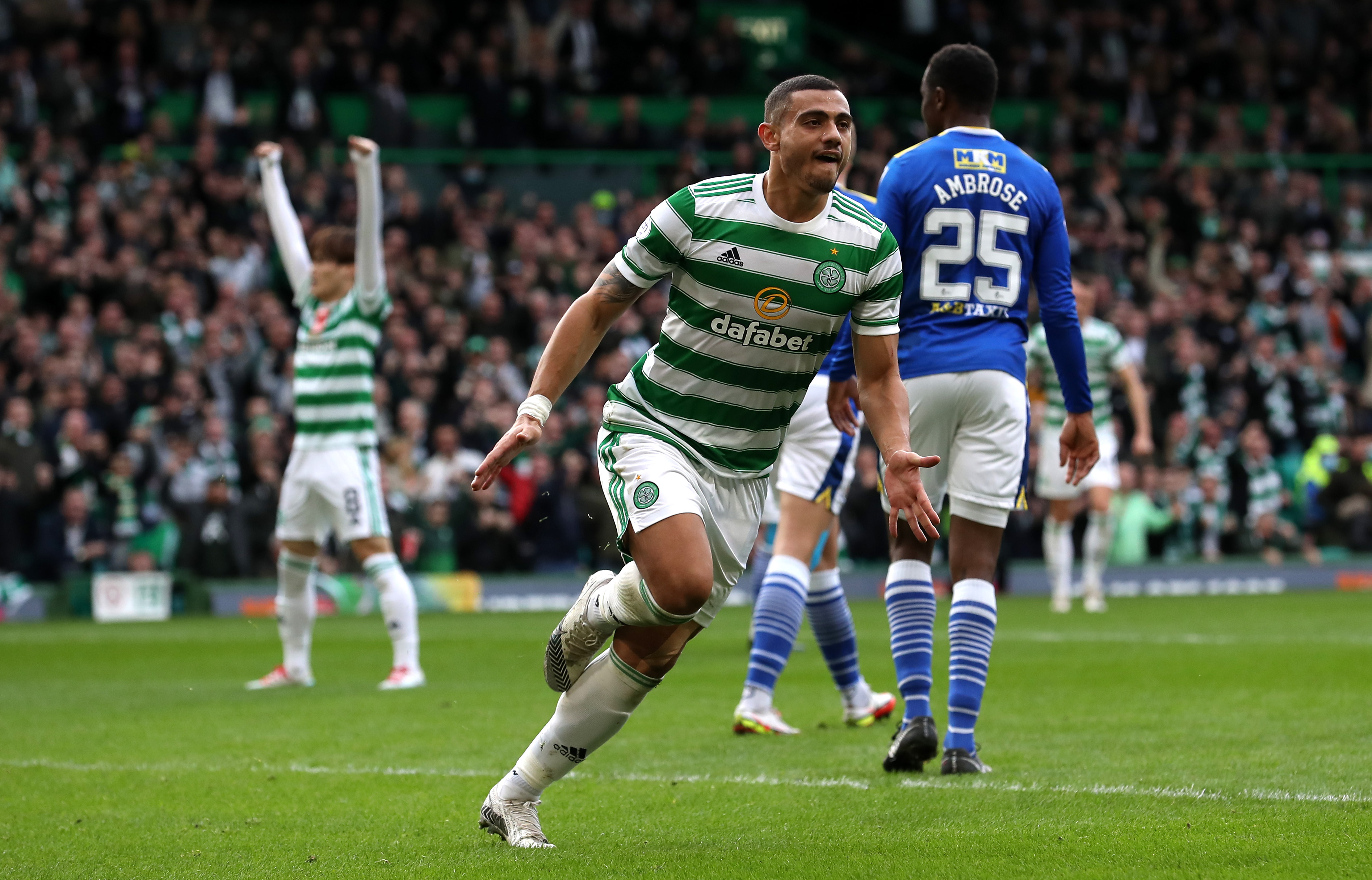 For striker Giorgos Giakoumakis a player who has struggled with injuries and as such struggled to impress, in the limited time he’s spent on the pitch, Ange has used former Celtic striker Georgios Samaras as the man Giakoumakis has to look to for inspiration. And it is clear – or as clear as it can be to me- that Ange very much views Giakoumakis as having a big part to play under him, and pretty much puts the ball in GG’s court as to whether he grasps the opportunity or not. The manager however has stated he has belief in his countryman – “I believe in him. He had a great season with Venlo. He came after pre-season and he was a bit unlucky. Celtic is a great opportunity for his career. You saw what happened with Samaras”

The same perhaps cannot be said for Vasilis Barkas. Although Postecoglou struck a sympathetic tone when asked about the Greek ‘keeper, who appears to now be fourth choice at Celtic, despite a recent run out against St Johnstone, it was clear there was a mannered approach rather than one that would make anyone believe Barkas had a long-term future at the club – “He is a hard worker. He tried to settle in, but it was difficult with Covid situation. But he is a hard worker. We will see what happens at Celtic.. or elsewhere”

Two very differing tales then for Celtic’s two Greek players under their new manager. There remains hope and indeed inspiration for Giorgos Giakoumakis, however those final two words uttered in relation to Vasilis Barkas seem fairly clear, perhaps one of last summer’s biggest buys, could well be better served seeking to regain his confidence with a fresh challenge at a new club.

It’s worth also mentioning that the interest in Celtic is absolutely exploding in both Australia and Japan and that also seems to be happening in Greece too, all that’s to our manager.