You are at:Home»Latest»Video – ‘Diouf and the Day of the Broony’, 60 Second Celts with Scott Brown

THE CELTIC captain tries to cram his career highlights into 60 seconds and focuses on that day at Ibrox when 10 Man Celtic came back to get a 2-2 draw in the Scottish Cup tie (later completing the job in the replay at Celtic Park).

Broony loved his goal and was even more impressed with his celebration in the face of the loathsome Rangers forward Diouf – this was the moment that ‘the Broony’ was born! 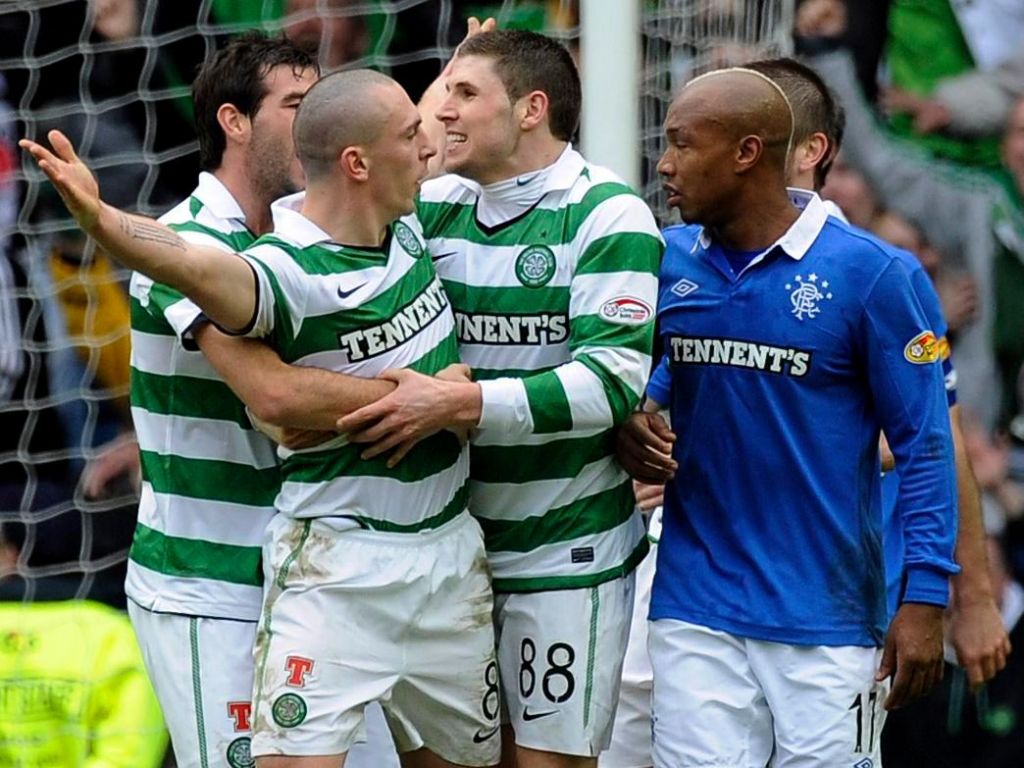 Charlie Mulgrew is named as his all-time best mate at Celtic and Henrik Larsson is the player that the skipper would most like to have played alongside as the King of Kings would have made his job much easier.

Incidentally, has anyone mentioned that the sharp decline in Scotland performances and results – from what was admittedly a pretty low base – coincides with Broony hanging up his international boots?

The skipper is very much appreciated while we’ve still got him in the team but is one of those players who we’ll appreciate even more when the time comes, perhaps at the end of next season, when he calls time on his Celtic career.

Also on The Celtic Star this morning, James Forrest talks about the forthcoming Europa League fixture with Lazio…see HERE.