Walfrid as the leading founder:

Brother Walfrid was the organiser who took all the important steps which preceded founding the club. He started the penny dinner scheme within the Poor Children’s Dinner and Breakfast Tables. He arranged the charity football matches when demand became an issue and he brought all the characters necessary to form a successful Irish football club together. His work, with Dorotheus’ help, demonstrated to others that they had the capabilities to produce an Irish football club which could not only be the stand-out one of its kind in Glasgow, but that it could also raise significant funds to ease the poverty within their local community.

During preliminary meetings to establish Celtic, Walfrid had proposed that the focus of the fundraising should be on three Catholic parishes in the East End of the city. Almost all of the founding fathers had connections in these communities and, after discussion, the churches would be on board following one parish withdrawing from the project. This is reflected in the club’s first circular:

The main objective of the Celtic Football Club is to supply the East End conferences of the St Vincent De Paul Society with funds for the maintenance of the “Dinner Tables” of our needy children in the missions of St. Mary’s, Sacred Heart and St. Michaels. Many cases of sheer poverty are left unaided through lack of means. It is therefore with this principle object that we have set afloat the “Celtic”, and we invite you as one of our ever-ready friends to assist in putting our new park in proper working order the coming football season. 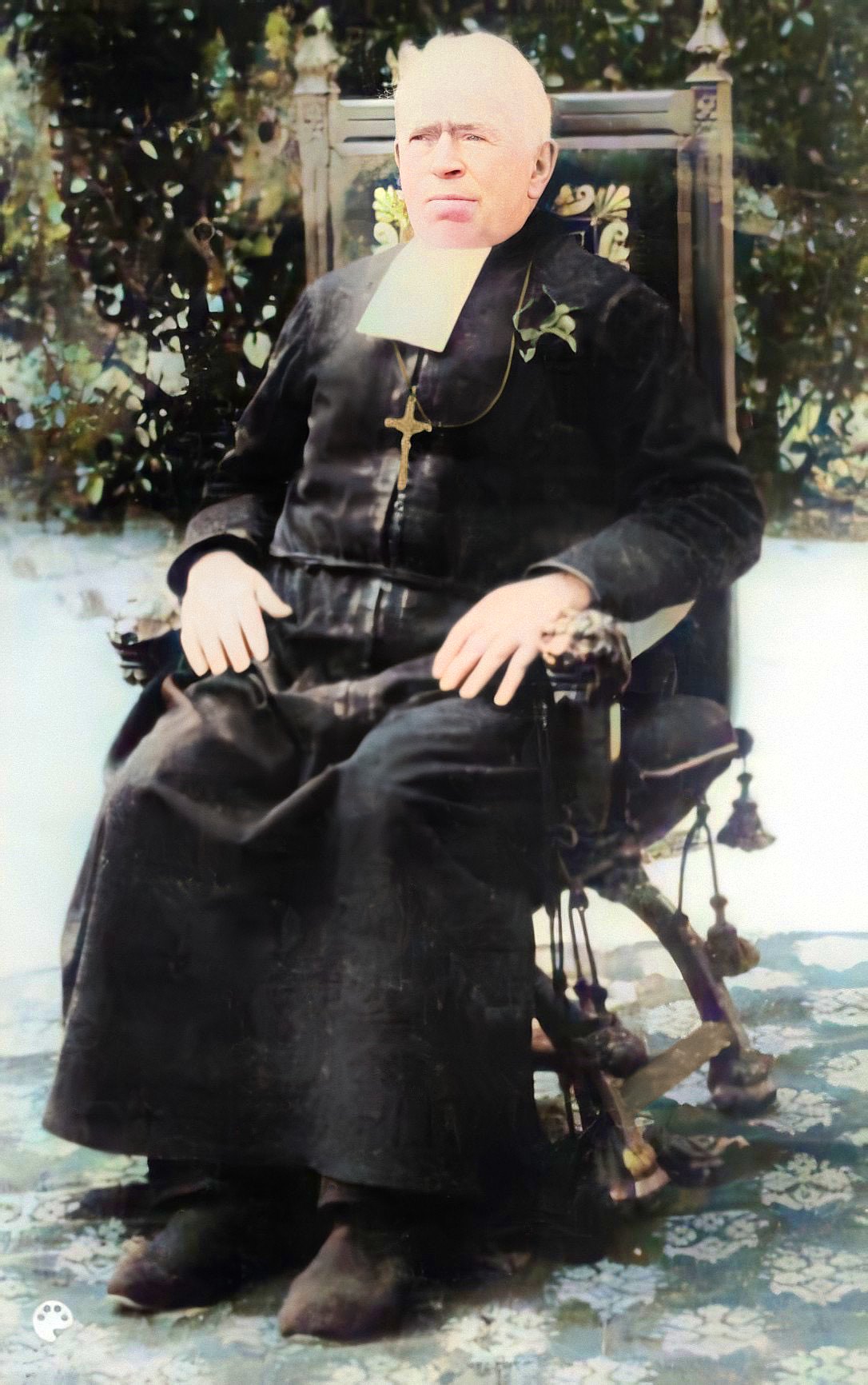 The identity of Celtic was reflected in its founding members, it’s early patrons and public campaigns. However, the club needed a suitable name. At the inaugural meeting to set afloat the club in November 1887, the name suggested was Celtic, a suggestion made by Brother Walfrid.

There are many theories as to why the name was chosen. Some speculate that it was to reflect a blend of Scottish and Irish cultural integration, but there is no evidence to suggest this and Celtic was very much established as a club with an Irish identity in the beginning. Another theory suggests that Celtic was more Irish in its connotation than Scottish. This idea stems from the fact that other Irish clubs in Scotland such as Partick Celtic used the name, but likewise ‘The Celts’ was a name initially suggested for Queen’s Park and they were a Scottish establishment team.

The more likely scenario is that Walfrid chose the name to be a little more subtle than the likes of Hibernian, who faced a tough time from the SFA and Scottish media because of their overtly Irish title. Indeed, Walfrid put the name Celtic up against the suggestion of Glasgow Hibernian. When Celtic was passed, Hibernian’s Secretary, John McFadden was critical. In The Scottish Umpire newspaper, on 7 August 1888, McFadden said: “Patriotic Irishmen, truly, the Celtic and its supporters; patriotic Irishmen indeed who, in order to raise the name of Celts – a name which may cover Welsh, Highland Scotch, French, and all the nations of that family – dealt as they thought, and by means which are apparent to everybody, a death blow to the Hibernian club.”

Regardless of the reasoning behind the name, one thing beyond doubt is that Walfrid intended for Celtic to be pronounced with a K (Keltic). He maintained this pronunciation until his death, despite the fact that most people referred to the club in the current way, Celtic with a soft C (Seltic). In 1909, Tom Maley wrote in the Glasgow Observer that the current pronunciation is a result of the supporters mispronouncing the name, which just stuck. Due to lack of evidence, this comment has never been challenged. Though, it does seem bizzare given that multiple Irish organisations bearing the word Celtic, were all pronounced with a K. 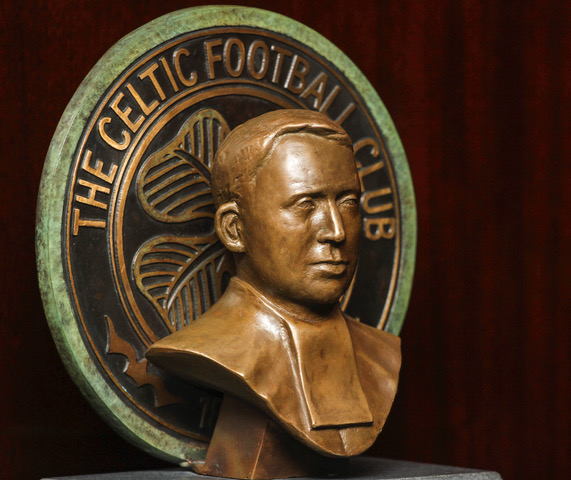 Walfrid was heavily involved with the club he played such a great role in founding. Celtic were a huge success, raising funds he could only dream of for his Penny Dinner Scheme and Poor Children’s Dinner and Breakfast Tables, among other Catholic charities. In sporting terms, the Bhoys were performing superbly for such a young club too.

Talks to change the financial status of club were soon underway. The old guard of Walfrid et al were very much against this. The concept of the club they created for charitable causes being taken away from its roots was unthinkable. However, Walfrid would leave the club before the shift in status came about when his Church superiors transferred him to London in August 1892.

In the English capital, Walfrid continued his work combining football with charity. He set up football matches for the barefoot children in Bethnal Green and Bow. Meanwhile, he also took charge of a school and worked to reduce crime in his very deprived area. Beyond those domains, Brother Walfrid immersed himself in community organisations and even set up a Marist Brother Sanctuary at Ferry Grove in Kent.

An attempt by the traditionalists to influence the committee took effect in 1893, when at the AGM, they read out a message from Brother Walfrid. In the letter, Walfrid assured the club members that he gave his continued support and had sincere interest in the club from afar. The thought of Brother Walfrid keeping an eye on the club he was the main founder of, was enough to halt the process of limited liability taking effect for the time being.

Walfrid’s support of Celtic never wavered whilst living in England, even after limited liability status was secured. Indeed, he met the Celtic team and delegation in London, on their return from a continental tour, after the club had gone down the limited company route. Walfrid appears to have accepted the direction of the club, knowing that whilst it didn’t totally encompass the values he envisioned, it was a necessity for survival. He also understood that the charitable heritage would be carried forth by the supporters. Tom Maley recorded Brother Walfrid’s words of the day: “Well, well. Time has brought changes. Outside of ourselves there are a few left of the old brigade. It’s good to see you all so well and I feel younger with the meeting. Goodbye, God bless you.”

Brother Walfrid passed away in Dumfries on 17 April 1915. He was buried in Mount St Michael Cemetery, where a commemoration was recently held by the club and Celtic Graves Society. Every Celtic fan owes the club’s ethos and values to him and has to be thankful for him leading the way in terms of founding the club. Other founding fathers should not be forgotten, but Walfrid was the key man, more than deserving of his statue outside Celtic Park. It could only be argued that John Glass held the same level of importance in terms of bringing Celtic Football Club to fruition.

*Much of this article has been adapted from various chapters found within Take Me To Your Paradise: A History of Celtic-Related Incidents & Events