Former Celtic midfielder Paul Slane, who gave up football at a young age due to injury and now features on Open Goal Podcast alongside Simon Ferry, has delivered a hilarious yet glowing appraisal of David Turnbull.

The panel, consisting of Slane, Ferry, Kevin Kyle and Derek Ferguson, discussed the emergence of the Celtic midfielder and what qualities he possesses. Simon Ferry then turned to Slane and said “David Turnbull’s taken the ball by the horns hasn’t he?” To which Slane replied “He’s the greatest bull that’s ever lived.” Ferry hit back saying “Don’t you think anyone can run him close in the bull stakes,” and Slane sharply fired back with another hilarious remark “Terry Jenkins the dart player, ‘bully’, maybe.” 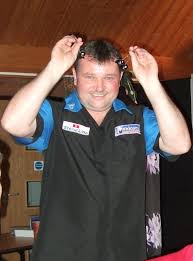 You can watch the hilarious footage some of the more serious analysis of Turnbull’s impression on the Celtic side, by skipping to 16 minutes and 43 seconds in the video below:

Paul Slane: “David turnbull is the greatest bull that’s ever lived. Only Terry Jenkins the dart player, bully, can run him close” 😂