You are at:Home»Latest»Video: Highlights of Celtic’s win at Motherwell as SWPL1 tightens at top

Earlier we featured the delayed Unique Angle highlights from Celtic’s 3-2 Europa League win over Lille together with the Scottish Premiership highlights from yesterday’s 2-0 win over Kilmarnock – you can watch both HERE.

Now sit back an enjoy yesterday’s SWPL1 goals as Celtic won 5-0 away to Motherwell in their final outing of 2020, a result that makes the top of the table very interesting indeed given results elsewhere.

You can read Niall J’s excellent match report on this match from yesterday on The Celtic Star HERE.

Celtic gave a first team debut Rachael Johnstone and the 16-year-old goalkeeper repaid the faith shown in her by recording a clean sheet. Also worth noting is Kate Nicolson receding her first full 90 minutes with the first team while Rebecca McAllister made her first appearances of the season in this match.

Lisa Robertson scored a cracker to give Celtic the lead, with Sarah Ewens grabbing a double and both Rachel Donaldson and Chloe Craig getting in on the scoring action to give Celtic the comfortable win predicted on The Celtic Star.

#SBSSWPL | @CelticFCWomen extended their unbeaten run to six games with a convincing win over @MotherwellFC yesterday.@cs_rose1 (via @_anyonesgame) reports from the Penny Cars Stadium ➡ https://t.co/ncPoq4bPY3

With TheRangers beating Glasgow City 5-0 the two points dropped last week against Forfar Farmington will be even more frustrating given that a decent win last week would have seen the Ghirls go into the break as league leaders. Now though they are two points behind both theRangers and Glasgow City with it all to play for. Here’s the table. 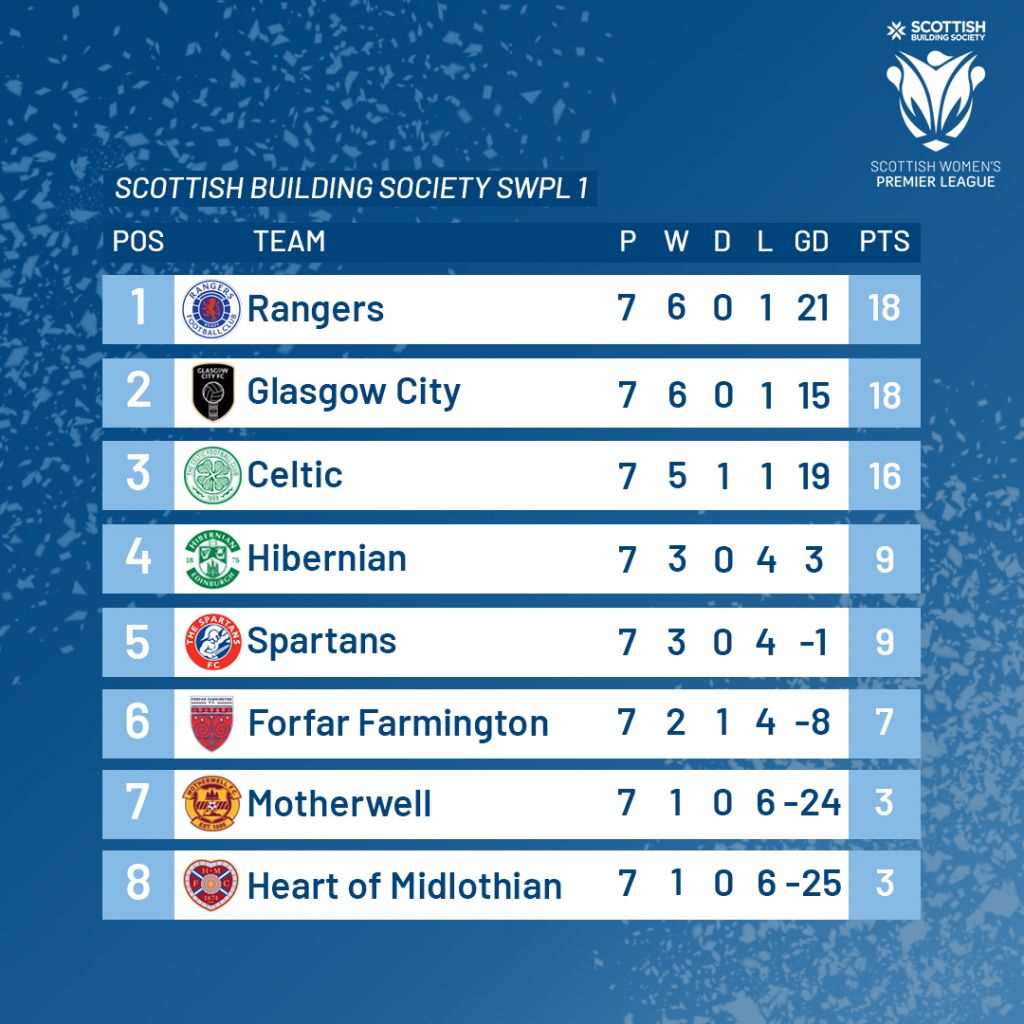