You are at:Home»Latest»Video: “I still think I’m seventeen year old to be perfectly honest,” Scott Brown

Scott Brown spoke to the Celtic Fans Media yesterday ahead of his final game for the club tomorrow at Easter Road. Here is the Celtic legend explaining the need for a strong mentality and drive to succeed at Celtic, wise words that hopefully will be noted by the players currently at the club – at all stages – and also the new players who will inevitably be arriving this summer.

You get the feeling that Broony is leaving Celtic at this stage because he plans to have an even bigger impact at the club in years to come. Celtic are likely to announce Eddie Howe as the new manager over the next few weeks – perhaps it’s not going to happen to the end of the month. Howe will see Celtic as a project that he can develop from the ground up – given the mess that he’ll find when he arrives – win trophies and then head back to a job in the English Premier league, in maybe three years time. 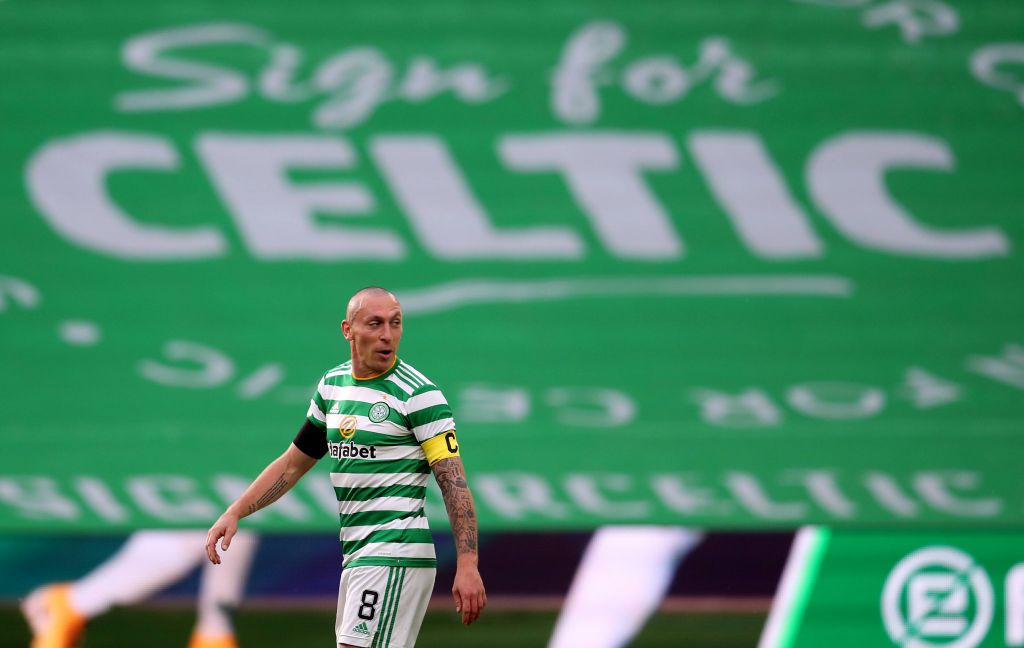 And that’s when Scott Brown will be looking at his own Celtic return as the manager after Eddie Howe leaves. Jumping the gun with this of course but if you have the focus and determination that is abundantly clear in the Celtic legend then he’ll go to Aberdeen and begin the job of getting himself ready for his return to Paradise, incidentally in much the same way as Billy McNeill in the late 1970s.

Haste ye Back Broony!  Here is Scott talking at the Celtic Fans media conference yesterday on the need for a strong mentality when playing for Celtic….