Christopher Jullien has hailed the legendary Celtic Park atmosphere ahead of tonight’s Last 32 clash with Copenhagen. With last week’s match in Denmark ending in a 1-1 draw, its all to play for tonight and Jullien hopes that the famous Celtic support can play their part.

Speaking to a media conference yesterday, the former Toulouse defender claimed that his side had a ‘huge’ advantage due to the supporters.

“That stadium is something else.

“The atmosphere has been crazy since I arrived here. The fans have been incredible in every game we’ve had. 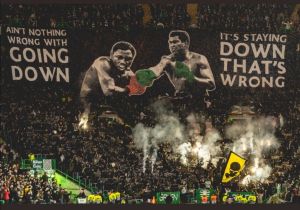 Jullien was brilliant last week and hopefully he continues that form tonight as he looks to limit the chances afforded to Copenhagen’s N’Doye.