Kelly Clark recently made her 200th appearance in a Celtic jersey. The inspirational Celtic FC Women captain is interviewed on Celtic TV later today and there’s a wee snippet available now, which you really must watch.

Kelly is talking about preparing for her pre-match Huddle speech in the summer when Celtic made our Women’s Champions League debut against Spanish side Levante, watch this clip below and the full interview is on Celtic TV at 5pm today. 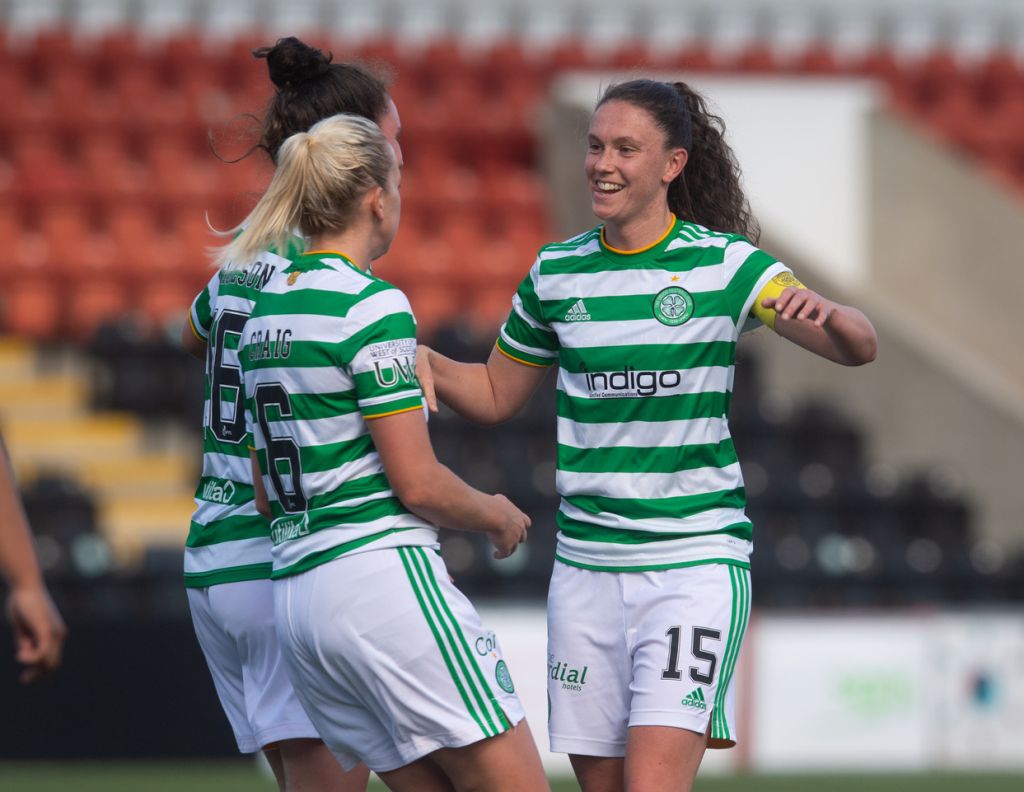 The Captain’s Tales – Counting on Kelly will be shown this evening on Celtic TV. It’s the story of how the
Celtic FC Women’s captain broke through stereotypes as a young girl in Arbroath and went on to make 200 appearances for Celtic including of course leading Celtic in the two Champions League matches this summer.

How the @CelticFCWomen‘s captain broke through stereotypes as a young girl in Arbroath and went on to make 200 appearances for the club. pic.twitter.com/OHm2rGbKvJ