You are at:Home»Latest»Video: King Kenny’s second goal was Sublime as Celtic beat Motherwell 4-0 on this day in 1976

Kenny Dalglish scored a remarkable goal for Celtic against Motherwell at Celtic Park on this day on 1976 and Li’l Ze features it on the daily round-up of Celtic on This Day on Twitter.  Few players in World football in any are could have had the vision and the skill to execute – it was a goal of sheer class from King Kenny.

The short review of this match on Celtic Wiki reported on Celtic’s first half blitz on the visitor’s goal. “Celtic blitzed Motherwell with four first half goals. They elected to play into a strong wind and used the elements to their advantage.

“Dalglish set them on their way after a lung bursting run and his second goal was sublime when he beat Miller and McLaren on the bye line to shoot home from a tight angle.  Roddy MacDonald was played up front again in an emergency.”

The Celtic team that day with the attendance (cough) listed and of course the video posted by Li’l Ze, who you should follow if you are on Twitter. 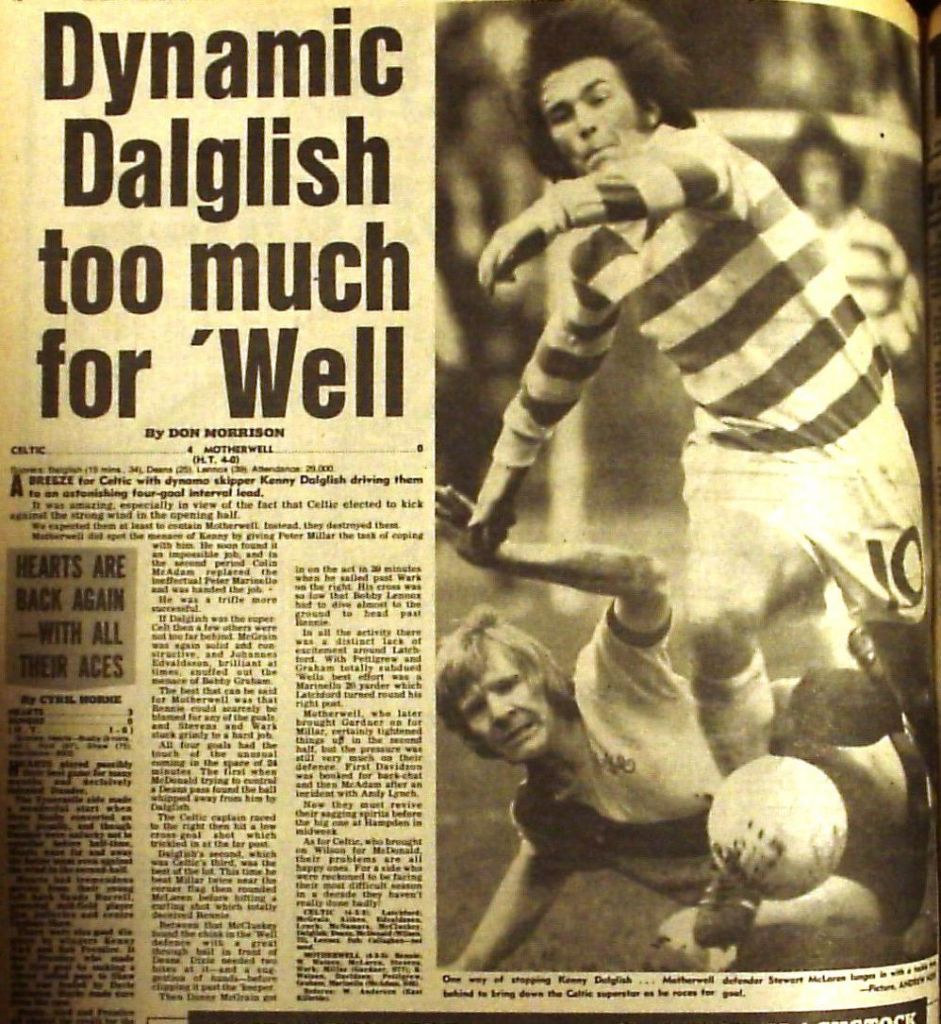 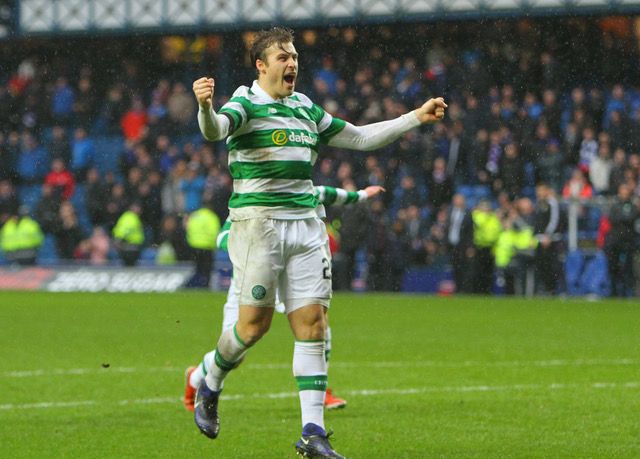 READ THIS…“I hope John Kennedy gets his chance,” Erik Sviatchenko. “I only have good, positive things to say about him”

Previous Article“I hope John Kennedy gets his chance,” Erik Sviatchenko. “I only have good, positive things to say about him”
Next Article Roy Keane less likely for Celtic as a familiar name suddenly becomes the favourite to take over