Neil Lennon was full of praise for his Celtic team as they confirmed top spot in Group E of the Europa League with a 3-1 win over Rennes at Celtic Park.

The manager, speaking to Celtic TV, was happy with the performance despite the Celts having already qualified which saw Lewis Morgan, Ryan Christie and Mikey Johnston hit the target for the Scottish Champions.

“It was an enthralling game. I enjoyed the game from a tactical point of view as well as the team performance.

“They had some milestones to achieve tonight. Could they go beyond 10 points? Could they win the group? We answered all those questions tonight. Psychologically, it wasn’t an easy game with the circumstances, but we handled the mentality of the game very well.”

Lennon was soaking up taking his place in Celtic history as they became the first Scottish team to win a group in European football and to do it by breaking their points tally was an added bonus. The top place finish means that Celtic can potentially get a better draw for the Last 32.

“It’s a landmark night for us. We’ve never done it before, whether that be Europa League or Champions League. That’s fantastic and it means we can maybe get a better draw for the last 32.

“What pleased me is the 100 per cent record at home and that sends out a really strong message. We’ve won our home games. We are unbeaten away and domestically playing great. It was important to keep that momentum going.” 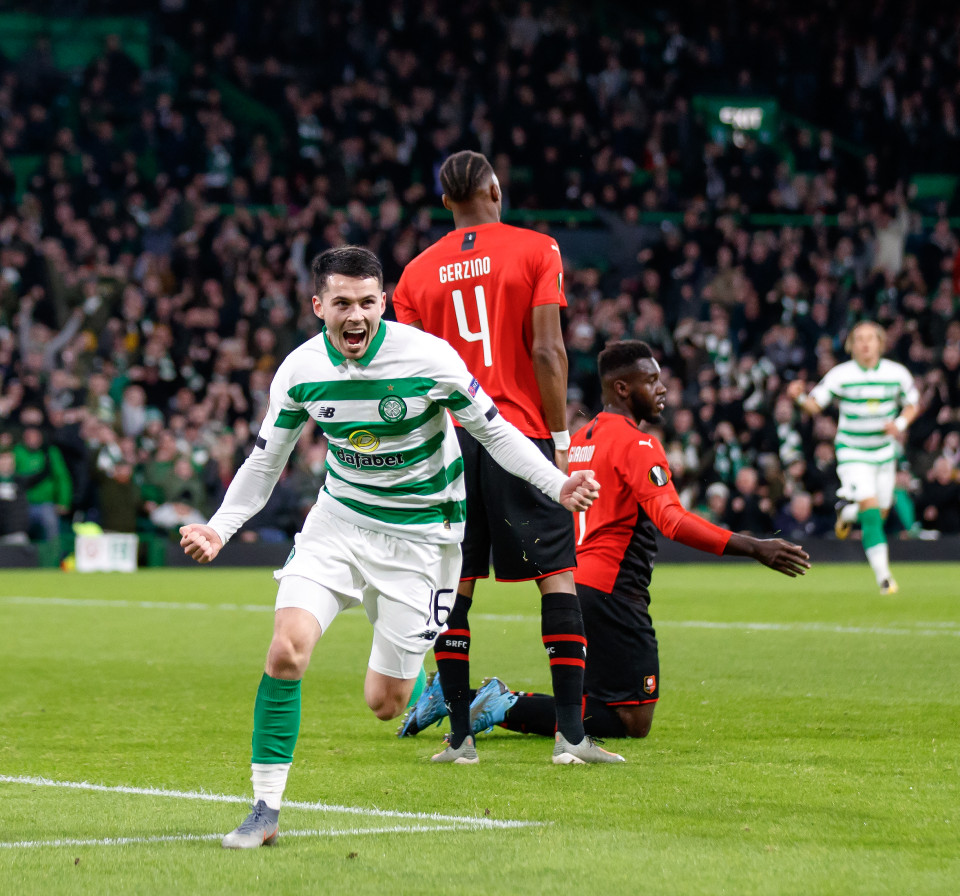 As a player, Lennon was in the engine room of Martin O’Neill’s side that famously made it to Seville in 2003 and while he’s not saying much on how far they can go, the manager must be hoping for similar with this group of players.

“We’ve definitely improved our results and performances. There’s a long way to go in the competition, and the last 32 is a long time away but we are excited.

Last season, it took a late Rosenborg goal to seal Celtic’s place in the Europa League’s Last 32 but this year, Neil Lennon’s side did it with a last minute winner in Rome with two games to go.

Lewis Morgan demonstrating that there's a player in there. It can intimidate some players coming to Celtic but it's a once in a lifetime opportunity to be grasped. It was great to see six Scots in the starting line up & all three scorers were also products of this land of ours pic.twitter.com/xpzfvCeBs6