You are at:Home»Latest»Video: Matt O’Riley ‘foul’ highlights the ineptitude of David Munro and Scottish FA

Early doors against Ross County at Celtic Park on Saturday afternoon, Matt O’Riley nicked the ball from a Staggies player that had dithered in his own half. It was a fantastic moment of awareness and reading of the game by the Danish international; leaving the forlorn figure for dead as he then passed the ball through for Kyogo Furuhashi.

However, the much talked about performance from one David Munro in the centre of the park that day came to prominence immediately. Obviously following in the footsteps of his comrades Nick Walsh and David Dickinson, the man in the black followed protocol and gave a foul against the home side and Matt O’Riley. 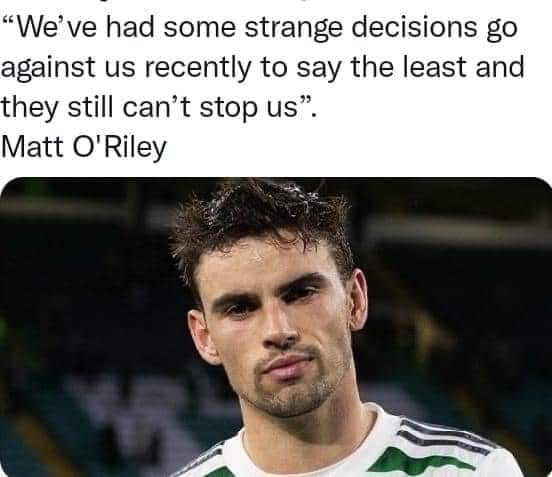 Honestly, it set the tone from the outset and all us fans had that same, awful feeling deep inside of déjà vu. His subsequent remaining time on the field of play as referee didn’t quell any fears for the Celtic support. It was merely yet another poor officiating display from one of the Scottish FA’s ‘top’ referees.

Take a closer inspection of this horrific call by David Munro…

A few minutes in… Celtic clean through and the referee blows for an imaginary foul pic.twitter.com/jl0QlGrEyW