You are at:Home»Latest»Video: McGregor hopeful of supporters return for flag day

CALLUM MCGREGOR has admitted that he is hopeful that supporters may be able to witness the unfurling of the league flag at the beginning of August. Speaking to Celtic TV, the midfielder gave a hopeful response when asked if he was confident that supporters may make a return to Paradise for the start of the club’s 10IAR campaign.

The 26-year-old is enjoying the return to training after a three month lay off but knows that next season will be incredibly tough but hopefully the club will have the supporters back into the stadium by then.

“It’s welcome news. It was slightly unexpected to hear it could happen.

“Everyone was in the mind frame that it could be October, November or even December before we had fans back. 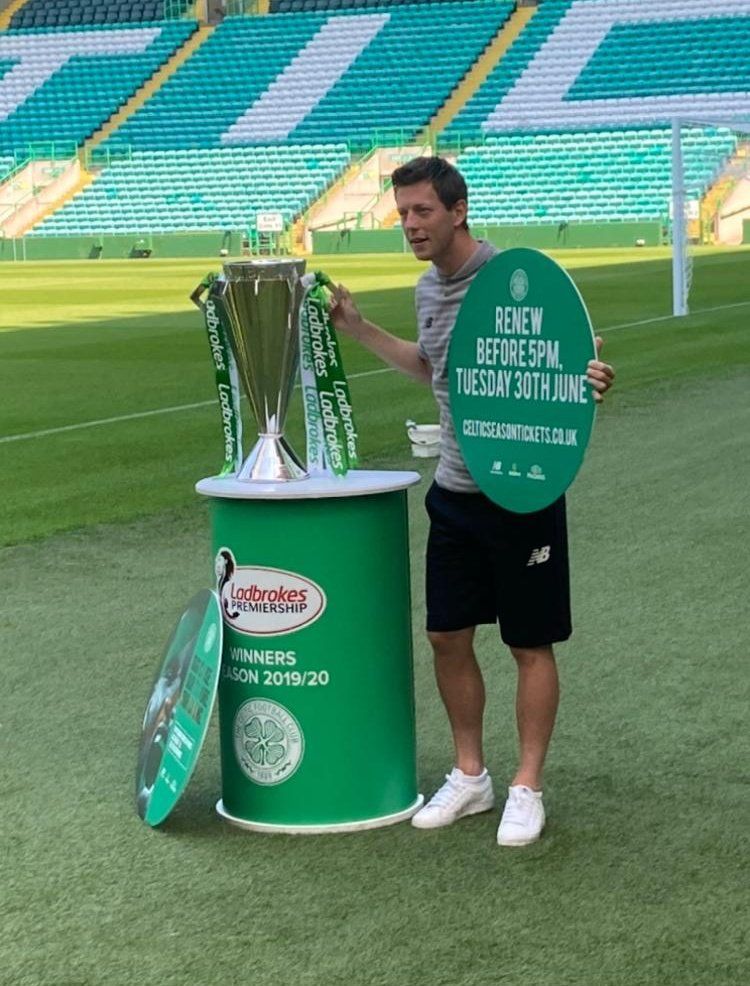 “But all of a sudden the situation has changed for the better and things are looking more optimistic it could be earlier.

“Fingers crossed everything progresses in terms of the general health of the public.

“We want to see everyone safe and  then the next step is returning to somewhere near normal.

“Everyone at the club just wants to get football back in some capacity and hopefully have fans in pretty sharpish.”

Reports this week suggest that the club are planning on supporters being able to attend with social distancing in place, meaning just 30,000 would be able to take in the game on a match day. This is a significant improvement on the fact that most people were planning to spend most of the season watching closed door matches on TV.

💬 "The supporters are desperate to be here and everyone at the club is desperate to get them back in. That’s exactly what we want, to get the fans in when it’s safe to do so." 🍀