You are at:Home»Latest»Video – Myth Busters, Welcome back – Lenny’s Good News as Rod Stewart says ‘Celtic means Everything to Me’

NEIL LENNON this afternoon ran through the names on his injury list and one by one declared the Celtic stars who have been missing over the past two or three weeks to be back in training and ready to play in Celtic’s first ever Cup Final against the Rangers on Sunday.

And having just about a full squad to choose from surely is going to make the Treble Treble winners and League leaders hard to beat. “It will take a good team to beat us,” Lenny noted. 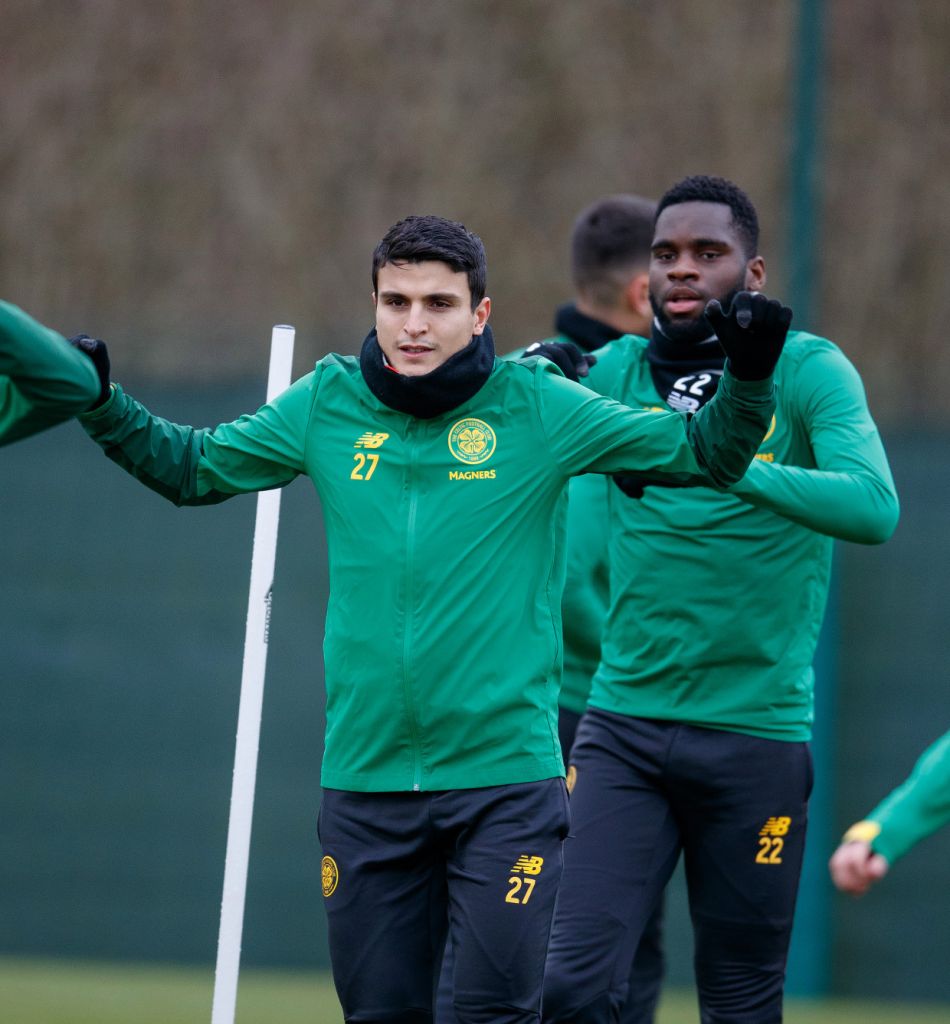 “They all trained today. With Odsonne in particular it’s a day-by-day thing so we’ll see how he reacted to today’s training tomorrow. Would I be prepared to take a gamble with Odsonne? No.

“No-one is ever 100 per cent but we’ll be guided by our medical staff, but he trained, did the full session today and looks like he’s come through it no problem.

“I’m always encouraged to see a player of that calibre on the training ground and there’s no question we’re a better team when he’s fit and available. Of course it’s his call. That’s the same with every player coming back from injury and I think there’s a very good chance he will start.

“With the other guys we’ve more or less got a full complement. Some of them have been out a bit longer than others. The likes of Odsonne and Jonny have been out for just about two weeks, Boli and Moi has been a bit longer.

“But they are all in good condition.”

And Rod Stewart has also been talking about the League Cup Final and admits he’s very nervous already. He also has a word for the Green Brigade at the end of this short video which has been released by BT Sport who are showing the game on Sunday. “Celtic means everything to me,” Rod says.

Incidentally the MSM, the SPFL and rest have been hammering home the myth all day and it it only going to get worse. Take this Statement from Celtic Supporters – which appeared as a crowd funded advertisement in the Sunday Herald newspaper ahead of Celtic’s first ever meeting with the Rangers in February 2015 – and post it as a reply to any such post you see on social media. Like this one…

🏆 The Light Blues are 2⃣7⃣ time winners of the #BetfredCup!

The truth hurts, so do you bit, be a Myth Buster! It’s down to the Celtic support to do this because the club are certainly not going to do it are they?

You can watch the full game LIVE on Celtic TV from 2.40pm (outside the UK/Ire)
Live audio commentary and midnight replay for those inside the UK/Ire pic.twitter.com/96ZGtcckP6