You are at:Home»Latest»Video: On This Day, 11 years ago : Celtic 2:0 Kilmarnock – New look Lennon side emerge victorious at Rugby Park

After the fall of the Tony Mowbray regime, Neil Lennon was given the honour of rebuilding Celtic during a testing time.

On this day in 2010, Lennon took his new look team to play Killie at Rugby Park in Ayrshire. Ultimately, Lennon and Celtic would return to Glasgow with three points after a professional display. 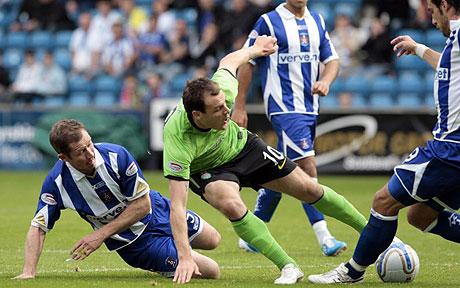 Goals from Daryl Murphy and Anthony Stokes sealed the deal for Celtic at what is always a difficult place to get three points.

Murphy was an acquisition who never seemed to hit the heights with Celtic despite having good spells elsewhere in his career. Stokes however, would go on to leave his mark, striking up a wonderful understanding with Englishman Gary Hooper who had just arrived from Scunthorpe that summer.