You are at:Home»Latest»Video: Polish Paddy Aims for Goals after Celtic Announcement

Patryk Klimala has spoken of his excitement at joining Celtic after the Polish U21 striker sealed his switch to Glasgow.

In his first interview with Celtic TV, the 21-year-old emphasised how happy he was to have signed for the Scottish Champions. Klimala signed yesterday but was revealed by the club today via TikTok.

In his first ever interview, the £3.4m signing from Jagiellonia Białystok said he can’t wait to get started with Neil Lennon’s side.

📺 “It’s a big moment for me. I’m very excited and happy to be at this massive club.”@KlimalaPatryk speaking exclusively after signing a four-and-a-half-year deal with #CelticFC. ✅

“It’s a big moment for me and I’m very excited. I’m very happy to be here at such a massive club.

“The last 24 hours were intense. I was waiting for the decision to be finalised so I could finally come here and meet everyone. I had the chance to see the stadium and I felt the atmosphere. It was amazing so I’m looking forward to playing here in front of the fans. I’m very happy that everything is finished now and looking good.”

“I understands how massive a club Celtic is, but I feel I’m ready for this now,” said Klimala. “I’m looking forward to playing for a club with such a big history and I know Celtic are a huge club in Europe. I want to give fans a lot of happiness and hopefully score a lot of goals for Celtic.”

Hopefully we will be able to get a glimpse of Klimala in the Scottish Cup match versus Partick Thistle at the weekend. 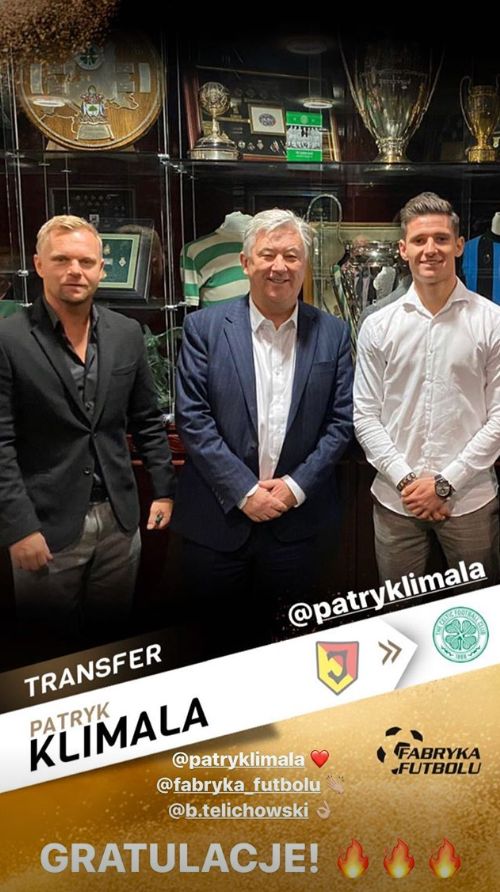