You are at:Home»Latest»Video: ‘Rolls Royce of a Player’ David Turnbull on Today’s 3-0 win over Dundee Utd

“It’s good to get the win and to get Man of the Match is a great feeling, another goal as well. We’ll look to kick on now,” David Turnbull told Celtic TV after his Man of the Match performance in the 3-0 win over Dundee Utd at Celtic Park this afternoon. 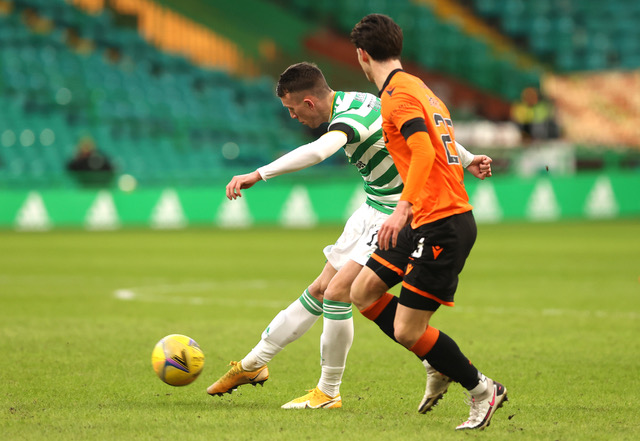 🗨️ "It's good to get the win and to get man of the match is a great feeling, another goal as well. We'll look to kick on now."@10DavidTurnbull On the Match… ✨#CELDUFC 🍀🟠 pic.twitter.com/yuG0jlEmOm

Earlier we quoted a supporter who described Turnbull as a Rolls Royce of a Player and that seems a particularly apt description of the former Motherwell star who arrived after a year’s delay at Celtic in the summer completing his delayed £3.25m transfer. 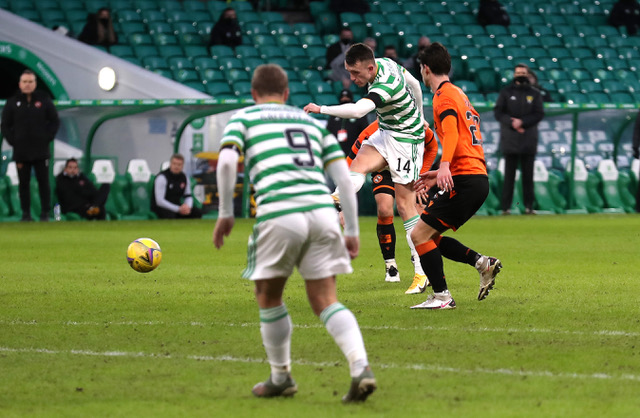 Neil Lennon has been a long-time admirer of Turnbull and it has to be said that his introduction to the starting eleven alongside Ismaila Soro has re-ignited Celtic’s season. Both players scored from outside the box to give Celtic a well deserved 2-0 half-time lead with Odsonne Edouard scoring in open play in the second half.

Previous ArticleLennon confirms Barkas will be in goal for Celtic’s Ibrox Showdown
Next Article ‘Influential’: Fans react to David Turnbull’s outstanding start to life at Parkhead