You are at:Home»Latest»Video: Scott Brown’s first Sky Sports interview as a manager

He looks and sounds every inch the football manager, in his first Sky Sports interview as the Fleetwood gaffer. He’s even got a suit on and has grown his hair back, but some thin gs remain the same, the enthusiasm is there, the excitement about the challenges ahead, the intense energy levels, the desire to be a winner… 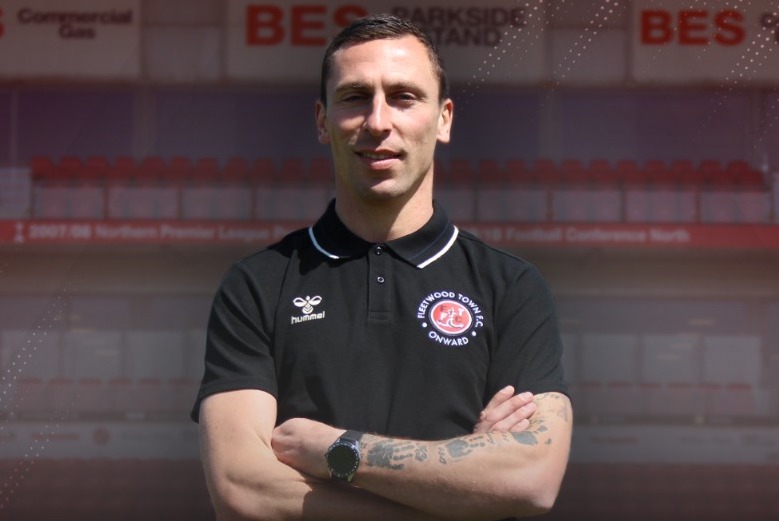 Scott Brown looks the part and is going to give everything he’s got to making a success at the League One outfit who avoided the drop this season only on goal difference and has a huge rebuild of the squad ahead for the summer. We mentioned this yesterday, and reckoned that Celtic could do worse than strike up a relationship with Fleetwood to allow players going out on loan the opportunity to work with a manager schooled in football played the Celtic way.

In this impressive interview Broony talks about why he took the Fleetwood job, his decision to stop playing and when it was reached, his knowledge of the Scottish game that could help Fleetwood, not getting a chance to say a proper farewell to the Celtic fans and the important lessons from his spell at Aberdeen, where incidentally he helped the Dons to two draws against theRangers, thus doing his bit for Celtic’t title triumph.

👔 Why he took the Fleetwood job
⚽️ Why he retired from playing
🏴󠁧󠁢󠁳󠁣󠁴󠁿 Is a player from Scotland joining?
💚 Saying farewell to Celtic fans
🔴 Aberdeen spell was important

Previous Article“He’s got that something special where, when he speaks, people listen,” Celtic captain on Ange
Next Article “It didn’t work out with Eddie Howe, and I was the next cab off the rank,” Ange