You are at:Home»Latest»Video – Steven Fletcher gives up on his Celtic dream and signs for Stoke City

STEVEN FLETCHER has today signed for Stoke City. The veteran striker last week had signing talks with Neil Lennon but the former Sheffield Wednesday striker wanted longer than the one year deal that Celtic were looking at. Fletcher, who famously missed out on a move to Celtic in the Willow Flood window in January 2009, was looking at playing for the Hoops on a better late than never deal but was looking for a two year deal.

Fletcher spoke to Stoke around a month ago and it was known that he had options in England – where he could make more money – but fancied wearing the Hoops. That was considered but ultimately a two year deal for the experienced frontman was not what Celtic were looking at and now Fletcher with no deal with Celtic possible has made the move to join Stoke.

The Potters held off competition from a host of other clubs to secure the services of the vastly experienced striker who was available after rejecting Sheffield Wednesday’s offer of a new contract.

In moving to the bet365 Stadium Fletcher finds himself reunited with his former Owls teammate Morgan Fox, who became the Club’s first signing of the summer last week. His arrival was followed by that of James Chester.

Fletcher has scored 140 careers goals at club level, including 13 from 30 appearances for Wednesday last season. 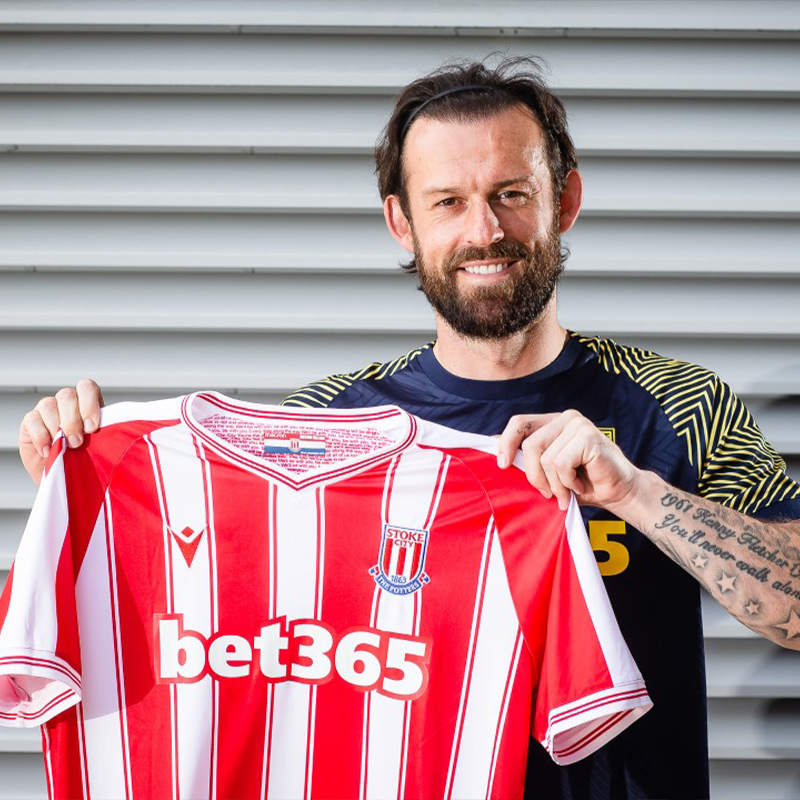 Stoke City Manager Michael O’Neill was clearly delighted at the signing of the Scotland international striker: “I’ve known Steven for a long time, since he first broke into the team at Hibernian. He’s a player I’ve always liked; I’ve watched his career with interest and wherever he has been he has done well and scored goals.

“I know how important he was to Sheffield Wednesday last season and it’s no coincidence that they had a difficult second half of the season when injury took Steven out of the team so I think it’s a really positive signing for us.”

After starting his career with Hibs, Fletcher played in the Premier League with Burnley, Wolves and Sunderland and had a loan spell in France with Olympique Marseille.

He has been capped 33 times by Scotland, scoring 10 goals.

👀 Who fancies another signing?

Celtic yesterday completed the £5m signing from West Ham of Swiss striker ALBIAN AJETI after earlier in the week seeing BAYO leave the club on a season long loan deal to French Second Division side Toulouse. That deal includes an option to buy, so it’s unlikely that the Ivory Coast striker will be part of future plans at the Scottish Champions.