You are at:Home»Latest»Video: Watch as Celtic gleefully lift the Scottish Cup after completing the quadruple treble

Even though Hearts had a lot of chances and positive possession as the game went on, you can never count out a team who is packed full of experienced winners.

The final against hearts lived up to the classic cliche of a game of two halves after domination turned into desperation as the game went on, while you feared the worst when Ryan Christie missed his spot kick.

Conor Hazard had a really poor game so you could almost forgive him for shrinking away, but he came roaring back to save two penalties in the shootout.

It was an excellent game and Celtic supporters will need a little something to calm the nerves afterwards, but this is what it’s all about as you see the joy in these faces: 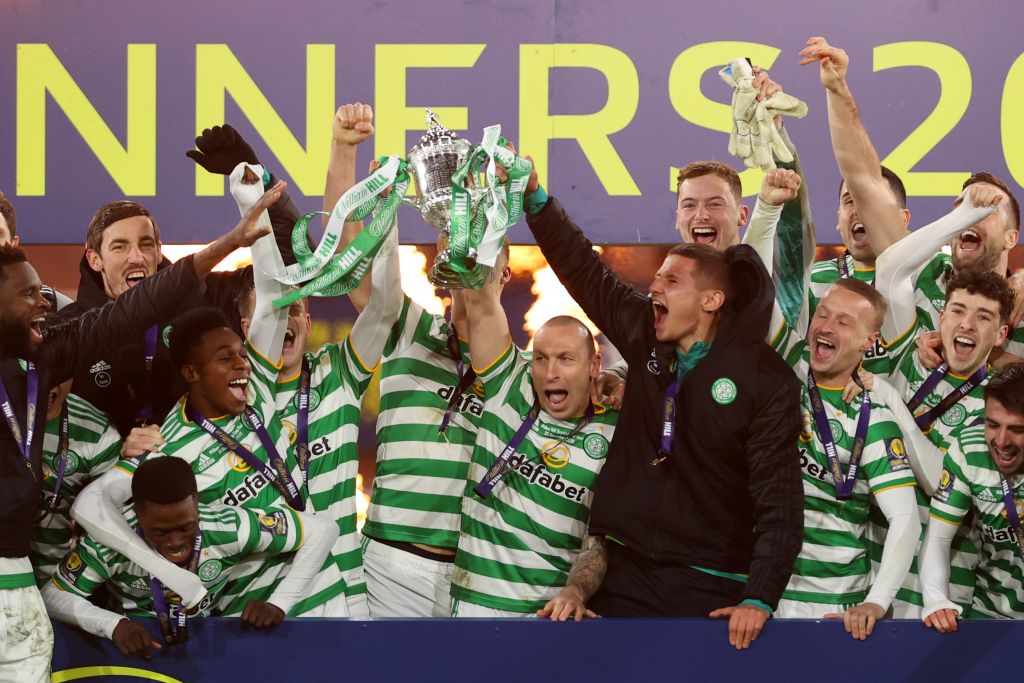 GLASGOW, SCOTLAND – DECEMBER 20: Scott Brown of Celtic lifts the William Hill Scottish Cup with teammates after victory in a penalty shoot out in the William Hill Scottish Cup final match between Celtic and Heart of Midlothian at Hampden Park National Stadium on December 20, 2020 in Glasgow, Scotland. The match will be played without fans, behind closed doors as a Covid-19 precaution. Players of Hearts will wear the number 26 on their shorts as a tribute to Ex-Hearts player Marius Zaliukas who past away earlier in the week. (Photo by Ian MacNicol/Getty Images)