You are at:Home»Celtic Women»Video: “We were able to play great combinations and that contributed to the goals,” Olivia Chance on Chinese Star Shen

Olivia Chance was the Celtic second half super-sub goalscoring hero for Fran Alonso’s Celtic FC Women’s side who were very much second best in the first 45 minutes and were lucky to be going in just 2-0 behind. 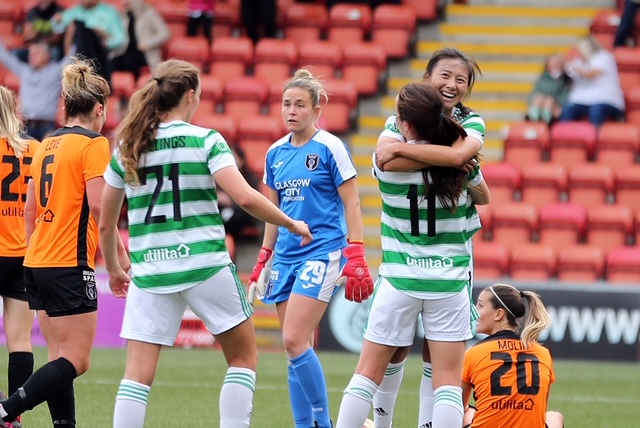 But a double swap at the break from Celtic’s Spanish coach Fran Alonso saw the introduction of the New Zealand international alongside the Chinese star Shen Mengyu and the two proved to be an international double act who packed quite a punch and came up with a one-two that levelled the game and gave the decent sized crowd plenty of belief that perhaps a late winner was a distinct possibility. 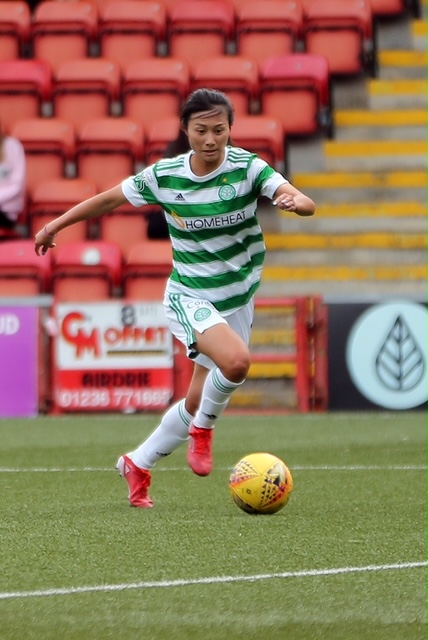 Shen in action against Glasgow City. Photo Angus Johnston for The Celtic Star

Shen looks a real stand-out and set up both goals for Chance. Afterwards the goalscorer was full of praise for her fellow super-sub in her interview with Celtic TV, see below. “When she came on with me, we were able to play great combinations and that contributed to the goals,” Chance said of Celtic’s Chinese star who is attracting a growing band of Chinese fans to the games and what an atmosphere they create, it’s like the International Green Brigade for the People’s Republic of Celtic. 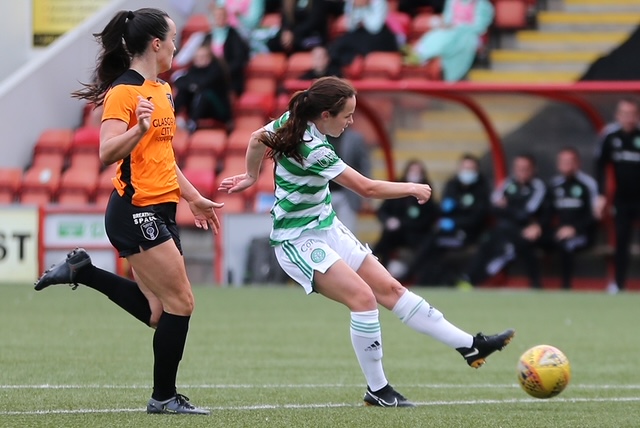 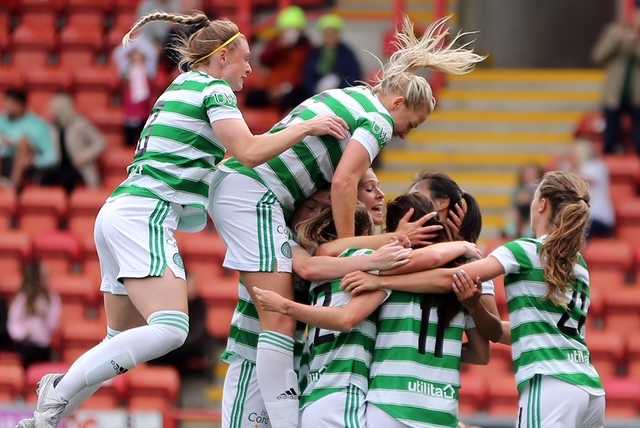 🎙️”When she came on with me, we were able to play great combinations and that contributed to the goals.”

Here are the two Celtic goals…

Hard fought point yesterday. We showed real determination, character and desire to come back from being 2-0 down 💚🍀

Previous ArticleVideo: Highlights from Celtic’s weekend win over Ross County
Next Article Real Betis v Celtic: “We have a clear way of playing and everyone knows what we have to do,” Carl Starfelt